Akhtar, in his complaint, alleged that Ranaut had made defamatory comments against him in an interview, by dragging his name while referring to a 'coterie' existing in Bollywood. 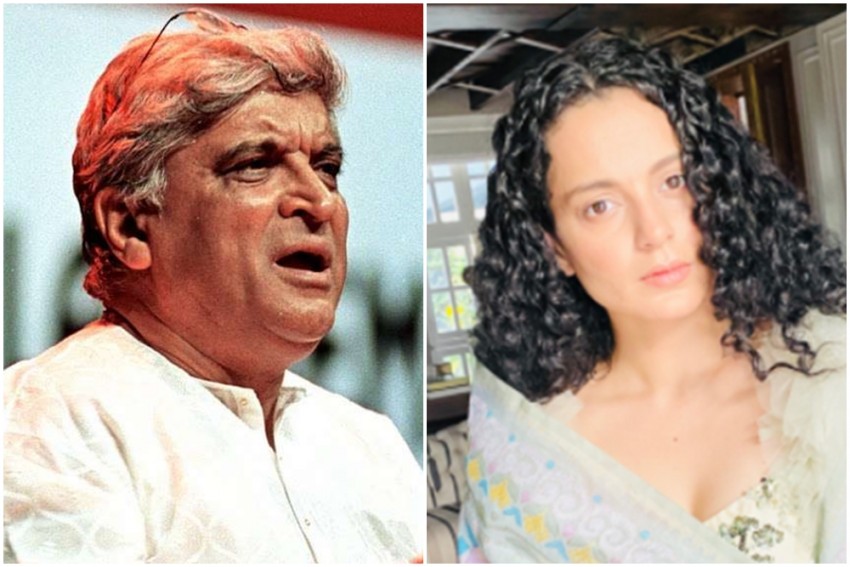 Bollywood Actor Kangana Ranaut was issued summons by a Mumbai court on Monday after the city police informed it that an offence of defamation, as alleged by lyricist Javed Akhtar against the actor, is made out and further probe into it is required.

Earlier in January, Ranaut was summoned by the Mumbai police in the defamation case filed by veteran writer-lyricist Javed Akhtar.

The Andheri metropolitan magistrate in December 2020 directed the Juhu police here to conduct an inquiry into the complaint of defamation filed by Akhtar against Ranaut before the court in November last year.

Kangana Ranaut Records Statement In Case Against Her With Sedition Charges

The police on Monday submitted their report to the court, stating that offences alleged by the complainant (Akhtar) against Ranaut are made out for further investigation.

The court posted the matter for hearing on March 1.

Akhtar's advocate Jay Kumar Bharadwaj on Monday told the court that the police last month issued summons to Ranaut, asking her to remain present before the police for recording her statement.

But, the actor is yet to respond to the same.

Akhtar, in his complaint, alleged that Ranaut had made defamatory comments against him in an interview, by dragging his name while referring to a "coterie" existing in Bollywood, following the death of actor Sushant Singh Rajput in June last year.

The lyricist in his plea claimed that the "baseless comments" made by Ranaut had caused damage to his reputation.

Akhtar filed a criminal complaint against Kangana in November last year before the Andheri metropolitan magistrate for allegedly making defamatory and baseless comments against him in television interviews.