‘Bell Bottom’: Wondering How Lara Dutta Transformed Into Indira Gandhi? Know It From Her

In a candid conversation with Outlook, Lara Dutta Bhupathi talks about her look in 'Bell Bottom', the preparation that went behind, her journey in the film industry, and much more. 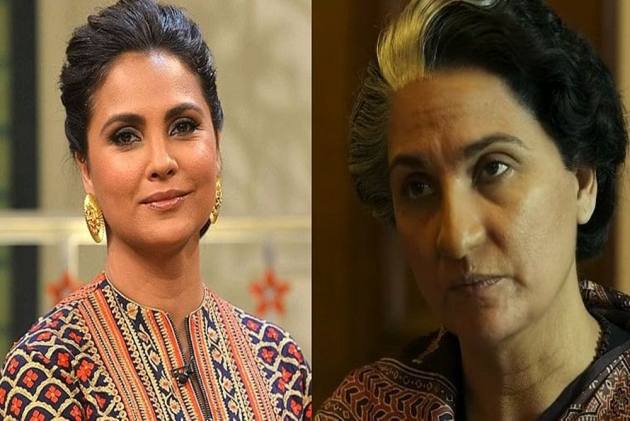 When the trailer ‘Bell Bottom’ was unveiled at a theatre in New Delhi, little did we know that Lara Dutta Bhupathi would turn out to be the surprise package. She will be seen playing the (late) Smt. Indira Gandhi, India’s former Prime Minister in the Ranjit Tewari film, whose story is set in the 1980s.

‘Bell Bottom’ revolves around an aircraft’s hijack and a covert mission to rescue passengers.

Lara’s make-up, loaded with precise prosthetic elements, did the trick for her to go completely unrecognized in the trailer. In a candid conversation with Outlook’s Eshita Bhargava, Lara Dutta Bhupathi talks about her look, the preparation that went behind, her journey in the film industry, and much more. Excerpts:

Could Relate To Character Of ‘Mimi’, She Is Every Girl Who Has A Dream: Kriti Sanon

What Did It Take To Put Together '14 Phere'? Hear It From Vikrant Massey, Kriti Kharbanda And Director Devanshu

More Than Money, You Need Courage To Survive In Mumbai: Pankaj Tripathi On His Struggling Days As An Actor

How did ‘Bell Bottom’ happen? And what made you say yes to it?

‘Bell Bottom’ came to me last year, right in the middle of the nationwide lockdown. Akshay had told me about the film at the end of May 2020. He called me and narrated the character and said that they are casting someone to play (late) Smt. Indira Gandhi and wanted me to come on board. Initially, I thought he is pulling my leg. And I asked, ‘Where do you even see a resemblance between me and Mrs Gandhi’ but he was convinced that I can do as the role required certain body language and poise. As an actor, to get a chance to play Mrs. Gandhi on screen is like a dream come true. I said yes and grabbed it with both hands. There was a tremendous amount of responsibility to play such a strong character.

How did this transformation happen? What did it take to essay the role of Indira Gandhi Ji?

There were two parts to it – the first being getting the resemblance right with make-up and prosthetics understanding her style, body language, way of talking, etc., to make it look real.

National Award-winning make-up artist Vikram Gaikwad, came on board and created a mold of my face, prosthetic pieces. But beyond that, efforts were put in to make me look older. I was playing someone who is three decades older than me, putting the right pigmentation, lines around the mouth and neck, along with creating Mrs. Gandhi’s iconic hairstyle – getting it all right was important.

In June 2020, when we did the look test, I was in shock – I couldn’t recognize myself. I couldn’t find Lara while looking at myself in the mirror and that for me was a huge moment.

Once we got close to her look, then it was on me to make the character look real. I did a lot of preparations. My director sent me videos, archive material for reference. From understanding her style, the kind of sarees she wore, her watch and jewelry to her body language, tone, and her way of interacting with people – I had to prepare it all by watching the videos and making notes. I must admit that I’ve been lucky as my father was Mrs. Gandhi’s pilot. I’ve grown up hearing stories from him about her and that helped me to portray the character. It gave me an idea about how she was around people. As you know that the film deals with a hijack situation that happened during her tenure. Given the dramatic events that were unfolding, she was somebody who was extremely centred and not prone to any dramatics. So, it was important to portray her in that form. I had a great time. There was a lot of homework and research that went behind it. But it was an opportunity of a lifetime that I'm thankful for.

What are your expectations? Were you scared or skeptical when the release date was getting delayed?

It has been a challenging time for everyone around the globe. The producers are the loss takers when we talk about the film industry. I am proud to be associated with ‘Bell Bottom’ as I understand what is at stake – there is a risk of releasing the film at a time like this when theatres are still not opened. All credits should go to Vashu Bhagnani, Jackky Bhagnani, Deepshikha Deshmukh, and the entire team of Pooja Entertainment for taking such a risk. Akshay is supporting the film as we have to revive theatrical releases – The livelihood of many people is dependent on it. You need some silver lining during such difficult times. I just want people to take all precautions while going to theatres to watch the film. I’m glad ‘Bell Bottom’ is leading the way.

How was it shooting during the pandemic?

We started shooting when the world was under lockdown. We did get time to rework certain things while keeping all the protocols and guidelines in mind, however, as actors, we couldn’t shoot without our masks and there were no vaccines available at that time. The team created a safe environment for us and this film is extremely special for me. We were dependent on one another and that created a camaraderie between us. We had to perform the scenes perfectly in one go.

Any Behind The Scenes fun moment?

The first two weeks we all were under quarantine together. We were on a mini holiday, all thanks to Vashu Ji. We had our families with us. The relationships that you’ll be seeing in the film worked even better because of this time we spent together.

It’s almost been two decades for you in the industry. Tell us something about that. How has it been and how do you see the Hindi film industry change in all these years?

I am extremely satisfied and content with the way my career has panned out. I came to the industry from the glamour world – being the model, having won the title of Miss Universe. I started my journey in the industry with Akshay Kumar (Andaaz). I’ve had my fair share of successes and flops at the box office but the industry has been kind to me. It allowed me to create a niche for myself, build a name for myself. It also allowed me to take a pause and become a wife, a mother and then again welcomed me with open arms. I am doing even better work now than I was probably doing in the past. I am a huge supporter of my industry. We are supporting each other in this difficult time. I am proud of the work that I’m doing.

What is your take on OTT platforms? Do you believe they are a game-changer and story-telling is evolving?

OTT is giving more space to female-oriented characters. It has opened up great versatility for female characters, artistes, writers, and directors. In the male-dominated industry, having a female voice or perspective is not seen much, however, that has changed tremendously. Today, because of the amount of content available on OTT, you can pick and choose what you want to watch. That said and done, I don’t think we can compare OTT with big-screen experience. Cinema is a huge part of our culture and the relief we find when we go to watch a film is incomparable.