According to reports film is expected to go on floors by January/February next year, once Akshay Kumar is done shooting for ‘Cinderella’, ‘Oh My God 2,’ and ‘Ram Setu’. 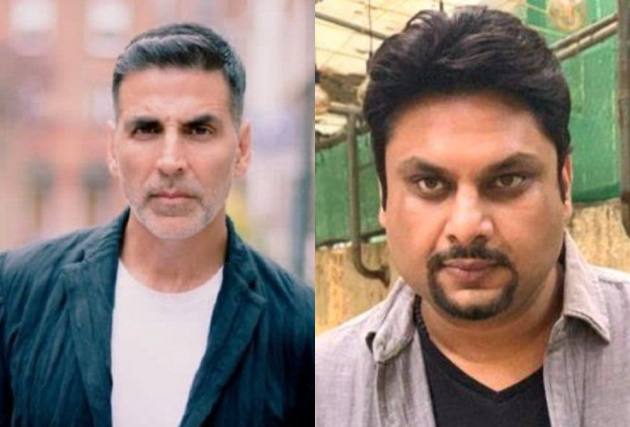 Bollywood star Akshay Kumar is set to work with director Raj Mehta, three years after the release of their comedy film ‘Good Newwz’. According to reports, the film which will start shooting from next year will be produced by Karan Johar.

“Right after the success of 'Good Newwz', Raj and Akshay had discussed the idea of collaborating yet again. After discussing various subjects, they have finally zeroed in on something that’s completely different from what they explored in their first collaboration. The yet untitled film falls in the dramatic space with a strong dose of emotions,” revealed a source close to the development.

The film is expected to go on floors by January/February next year, once Akshay is done shooting for ‘Cinderella’, ‘Oh My God 2,’ and ‘Ram Setu’. The pre-production work has already begun and the makers are exploring several locations to shoot the film, with the UK being right on top of the list.

“Karan and Akshay too have a great equation and the producer is planning multiple projects with the Khiladi going forward. One of those is this Raj Mehta directorial,” the source added. The other details have been kept under wraps for now.

Apart from the aforementioned film, Akshay and Karan have also been discussing Dostana 2 and C Shankaran biopic, however, things are yet to come on paper as of now.  Talking about Akshay’s line up, he is by far the busiest actor in Bollywood with films like 'Sooryavanshi', 'Prithviraj', 'Atrangi Re', 'Bachchan Pandey', 'Raksha Bandhan', 'Ram Setu', 'Oh My God 2' under his kitty.

He is expected to start his digital debut, 'The End' for Amazon Prime, from the month of March 2022. There’s also a comedy film with Priyadarshan in the works, but the shooting timelines are yet undecided.

Raj Mehta meanwhile is currently busy with the edit of his social dramedy, 'Jug Jugg Jeeyo' with Varun Dhawan, Kiara Advani, Anil Kapoor and Neetu Kapoor in lead. A brief 10-day schedule of the film is expected to take place next month in the UK, following which, Raj jumps into the recce of this Akshay Kumar project.