“I was bowled over and overwhelmed, and I continue to be. I’m his son and his biggest fan. To get your idol to recognise your work, to see your work is a huge compliment in itself," said Abhishek Bachchan in an interview with Mid-Day. 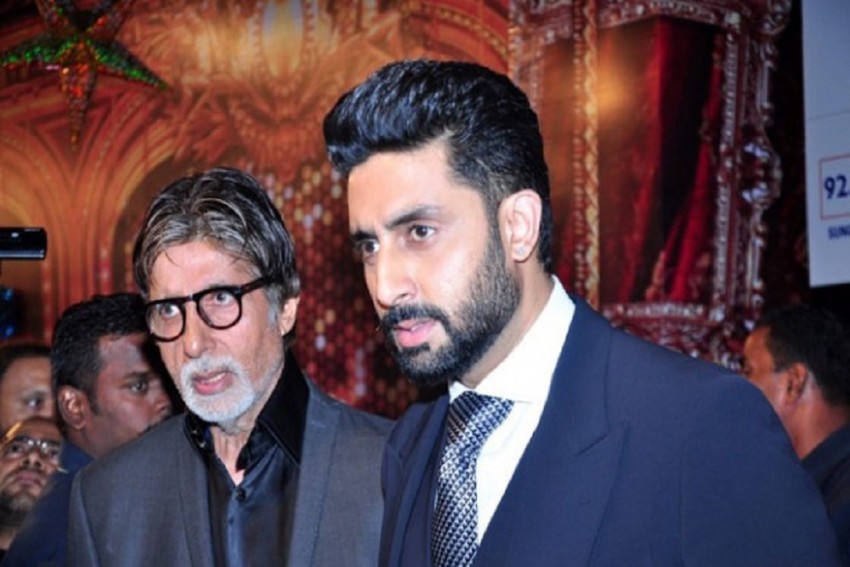 Actor Abhishek Bachchan has stated that he does not want his father, actor Amitabh Bachchan's, aspirations for 'Bob Biswas' to 'come tumbling down.' The actor recently reacted to his father's Instagram post in a new interview. He mentioned that he has been experiencing a range of emotions, including overwhelm and panic.

Amitabh Bachchan recently shared the trailer for Bob Biswas on Instagram. "I am proud to say you are my Son!" he captioned it. "Hurricane season!" said Abhishek Bachchan in response to the post.

“I was bowled over and overwhelmed, and I continue to be. I’m his son and his biggest fan. To get your idol to recognise your work, to see your work is a huge compliment in itself. Let alone if you do good work and he thinks you’ve done good work." said Abhishek  Bachchan in an interview with Mid-Day. "The fact that he saw the trailer and felt the need to write something about it, is humbling. I’m panicking now because I want the film to be even better because he’s got certain hopes now, and you don’t want his hopes to come crashing down,” he added.

The actor's next film is based on the contract assassin 'Bob Biswas', who was first seen in Vidya Balan's Kahaani. The role was earlier essayed by Actor Saswata Chatterjee. 'Bob Biswas' is produced by Gauri Khan, Sujoy Ghosh, and Gaurav Verma. It is directed by Diya Annapurna Ghosh and written by Sujoy Ghosh. The film will premiere on Zee5 on December 3rd.

The actor will also appear in other projects such as 'Dasvi' and 'Breathe Season 3' in addition to 'Bob Biswas'. Ileana D'Cruz and Nikita Dutta co-starred with him in 'The Big Bull'.

Meanwhile, Amitabh Bachchan is working on a number of projects, including 'Brahmastra', Mayday, and the Hindi remake of 'The Intern'.