A Look At Pagglait’s Life

‘I don’ know how to disconnect from the roles that I play and that takes a toll on my health,’ says Sanya Malhotra. 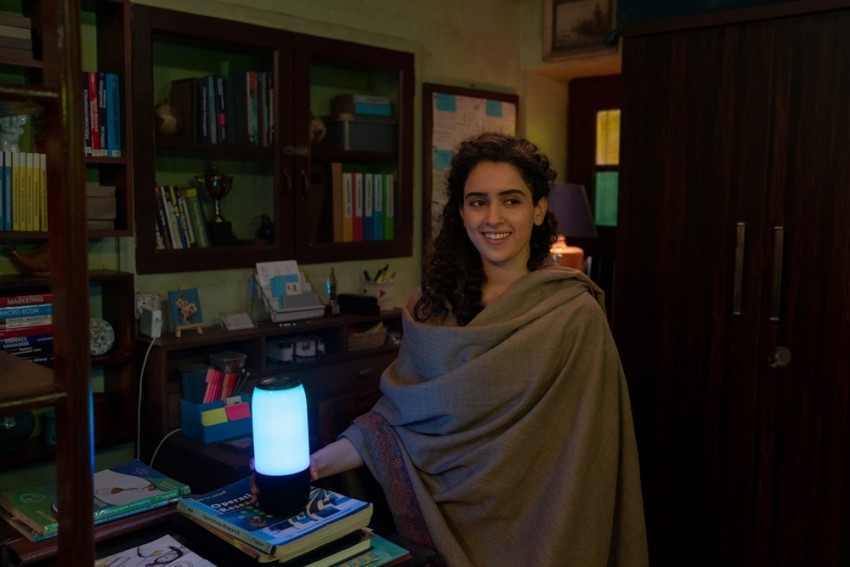 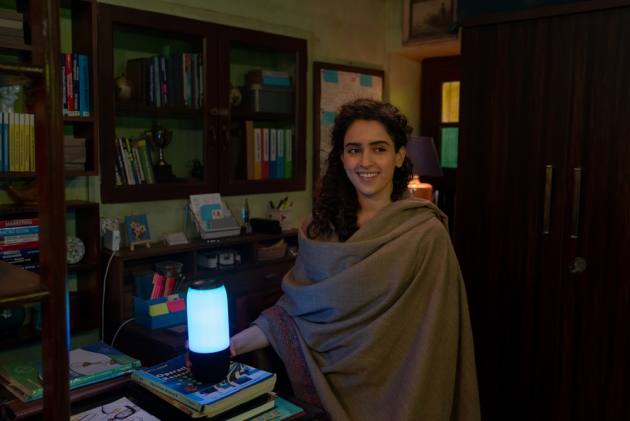 Actor Sanya Malhotra talks about her latest film ‘Pagglait’, how she gets emotionally attached to every role she plays, working with Vidya Balan and how she wishes to do a role where she gets to dance a lot. Excerpts:

The film is very much based on reality. The script and the character were beautifully penned by our director-writer, Umesh Bist. The character in the script ‘Sandhya’ was unique. When I read the script, I was excited to play Sandhya on-screen. But before I could do that, I had to understand the psychology of the character. I wanted to understand what exactly Sandhya is going through and why she is behaving the way she is behaving. It is evident that she is not behaving normally after the death of her husband, a man she barely knew. She also opens up about this to Nazia, her friend, when she confines in her that she was not missing her husband or feeling sad over his death.

She knows that she is not behaving normally and she knows deep inside that nobody in her house will understand what she is going through. She speaks to Dadi (grandmother) about her husband because she is the only one who doesn’t judge her. Dadi is her confession box.

Every fine detail about the character was there in the script. But I, as an actor had to develop a back story because I have no such experiences. Hence, I couldn’t draw anything from my memory bank. And when it came to understanding this role, my director helped me in developing a very strong back story, so that whenever I was preparing for a scene, I was thinking like her. It was Umesh who helped me in getting closer to the character of Sandhya.

The most challenging scene in the film…

My favourite scene in the film is when Sandhya wears her husband, Astik’s shirt. Subconsciously Sandhya knew that she was not happy in that marriage and there are certain places throughout the film when she tells her mother that it has been five months and she has still not got used to the bathroom.

She also tells her dead husband’s ex-girlfriend that it is all because of her that he had never spoken to her properly. All these dialogues indicate that her husband was not nice to her. They were never close and the fact that she doesn’t know that blue was his favourite colour till the time his ex-girlfriend tells her is very telling. During the five months of her marriage, she lived with the hope that things will get better. So, in the scene where she wears that shirt and looks at herself in the mirror, that’s when she realises that her husband never loved her. She feels that she had been seeking that love and validation from someone who never wanted to give her any. The scene was written beautifully and while shooting, I remember, my director wanted me to howl and cry. But I wanted to play it differently and my director allowed me to do it the way I wanted to.

Relating to the role of ‘Sandhya’, a young widow who hardly knows her husband…

During the shooting, I could never relate to her. But after the shoot got over, I realised that I had learnt a lot by playing that character. She taught me a major lesson, which is to forgive and to let go of any hard feelings. In real life, I used to take time to forgive people. When I saw the film with my mother a few months back, she told me that a similar experience happened in our family too with one of our close relatives. The women took thirty years to let go of that harsh reality. My character taught me that we should all move ahead with our life and 2020 gave us so much time to think and realise the importance of letting go and forgiveness. I have realised that forgiveness is extremely good for one’s happiness.

Getting attached to the roles that you play…

Every role and character come with their own set of challenges. Playing Babita Kumari in ‘Dangal’ was physically challenging. I had to go through an extreme physical transformation. Miloni in ‘Photograph’ was emotionally challenging for me. I am quite a sensitive person and emotionally I tend to get attached to the characters that I am playing. It is very difficult for me to divert from the characters. Till ‘Pataakha’ I didn’t know how to disconnect myself from the characters and that took a toll on my mental health. This happened in ‘Pagglait’ too, I was like living Sandhya’s life. But she was such an emotionally mature character, that it was a learning lesson for me. Playing Sandha didn’t hamper my mental health and it made me stronger and a positive human being.

How has life changed from ‘Dangal’ to now?

I think it’s getting better every year with every film that I am doing. I feel happy and grateful for the characters that I am playing and the people with whom I am getting to work with. It’s extremely humbling. My family has been extremely supportive.

Your journey in the entertainment industry…

My journey started with a dance reality show. I never imagined that my career will be panning out this way. I used to dream about becoming an actor and the fulfilment of my dream is beautiful. This is beyond what I had imagined. I think my imagination, my ambitions of becoming an actor were very less. Sometimes I can’t believe that it is happening to me. I am leading my dream life.

Any actor that you wish to do a role with?

Working in a typical commercial film…

I would love to do a dance film since I love dancing. I am 29 now, I am just worried that once I turn 30, how will I dance, whether I will get knee pain or not? I am still waiting for a good script. If anybody gives me a role today which involves a lot of dancing, I will start working on it from tomorrow, that passionate I am when it comes to dancing.

She is a fantastic actor and such a beautiful human being. She is like a ray of sunshine and makes sure that everybody is happy on the set.

I like Alia Bhatt’s acting skills. She is very inspiring. I just saw the ‘Gangubai’ trailer and I was completely blown away. I think I have seen the trailer at least thirty times. She has done a wonderful job!

It Feels Like 'Blessing', Says Dhanush After Winning Second National Award For 'Asuran'