Polling took place at 52 centres in the colleges, where as many as 1.35 lakh voters have been involved in deciding the fate of 23 candidates in the DUSU polls. 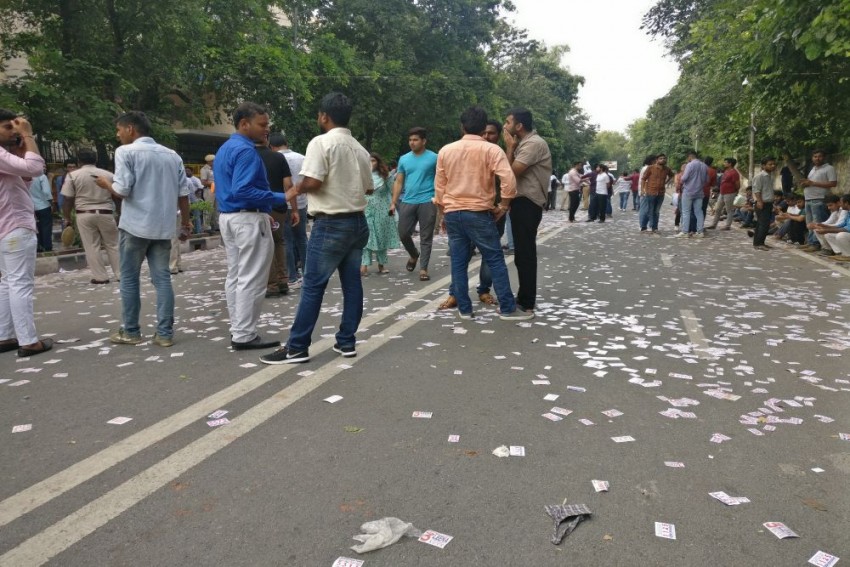 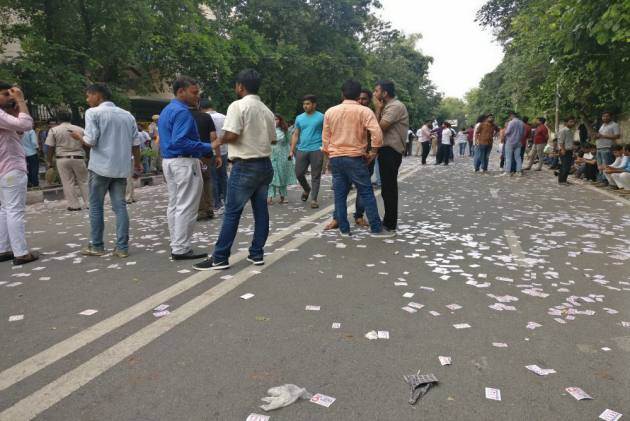 Amid heavy police presence and some last-minute attempts to woo voters, the Delhi University Students' Union polls went off peacefully with around 44.46 per cent voter turnout till 7.30 pm on Wednesday.

Polling took place at 52 centres in the colleges, where as many as 1.35 lakh voters have been involved in deciding the fate of 23 candidates in the DUSU polls.

Last year, the election saw a 43 per cent voter turnout. The results will be announced on Thursday.

A person wearing a question mark sign was detained by police outside the Ramjas College, but after it was found he had a college ID card, he was let off. Some members of parties, who were seen canvassing for votes, were warned by the police personnel.

Senior faculty members were posted as observers at the centres and around 700 electronic voting machines (EVMs) had been installed, the official said.

In Vivekananda College, there was a delay of over an hour in the commencement of the elections, since there was no data available for students to vote for the treasurer's post, sources said. The voting resumed after the data was keyed-in.

The Aurobindo College witnessed a turnout of 44.72 per cent, Hansraj 50 per cent, Deshbandhu College 44 per cent and Aditi Mahavidyalaya 48 per cent.

In the fray are the candidates of the NSUI, ABVP and the AAP's student wing, Chhatra Yuva Sangharsh Samiti (CYSS) -- which is contesting the polls in alliance with left-wing students' outfit All India Students Association (AISA).

While the NSUI has promised the 'Institute of Eminence' tag for Delhi University and thalis at Rs 10 in canteens, the ABVP has promised to spend 50 per cent of the union's budget on women and social justice-related activities, along with a special attention on promoting sports and installing sanitary pad vending machines in college campuses.

After the AAP came to power in Delhi in February 2015, its students wing had unsuccessfully contested the DUSU polls. This time, it has promised installation of CCTV cameras, setting up of police booths in the campus, ending the "culture of hooliganism" and opposition to "commercialisation of education".