Drape Your Independence Through Your Own Style Of Dressing

Independence is the state of being free. It is about being yourself and your individualistic spirit should reflect through the way you choose to dress not only on Independence Day but all other days of the year.

Clothes represent freedom. Freedom to choose how we represent ourselves, freedom to blur the lines between a man and a woman, poor and rich, young and old. Clothes have always been used as a tool to dazzle, impress, shock and even awe. So, if anybody turns back and give you a look, make sure you make that glare worthwhile. That’s what independence means- wear your heart on your sleeves. Independence is not a genre, it is not an act; it is a feeling and a way of being true to oneself.

Dressing is an inventive and creative pursuit and Independence Day is all about that.  Mix and match of Indian fabrics, innovative layering, revival art and not following any rule is the new mantra for independent style of dressing. Fashion indeed has always been an absurd mix of ideas and influence. Fashion designers and influencers guides us through the various styles of Independence Day dressing. 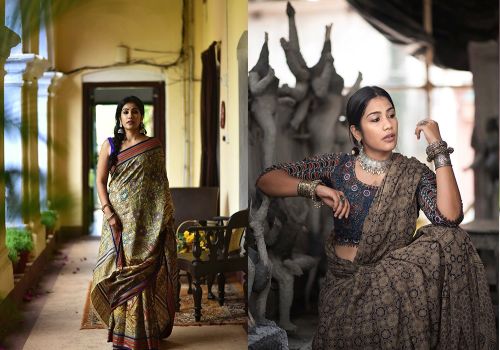 Fashion is the purest form of self-expression. The individualistic style of dressing is not about playing safe, rather it is about taking the plunge.  Fashion influencer Mamta Sharma Das says, “We as women express our independent spirit through different creative forms.  It can be through clothing, art, dance or anything that liberates and makes us feel free.  Fashion for me is freedom. I express myself through the kind of clothes I wear.”

This Independence Day, according to fashionistas, is about not following any rules regarding what should be worn; all that one should follow is their own creativity of dressing which evokes a heightened sense of individuality.  This may perhaps mean you can pair your regular linen sari with a full-sleeved shirt or a crop top instead of a  conventional blouse.

“We got the inspiration from the rich heritage of India and eclectic resonances of what India is today. Independence is our continued portrayal of the juxtaposition that India is, where the roots are indeed modern yet cultural, exotic yet familiar and unassertive yet proud," say Shantanu and Nikhil. 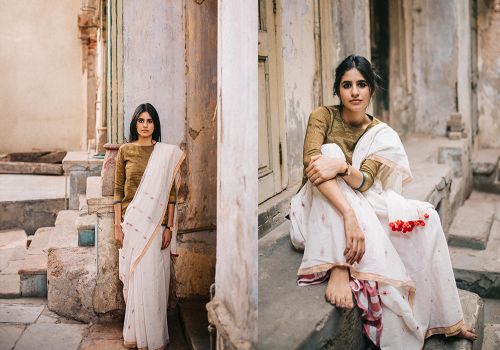 As for women using fashion to make a statement is more of a necessity largely because of our history of oppression. Having an individual style of dressing is an important opportunity for a woman to be heard and seen, which is so important for women living in today’s world full of things that already drag them down. It’s the most cut-off way to joy. To feel confident and be comfortable in your own skin is the whole idea of the independent spirit of fashion.

Designer Paromita Banerjee says, “I would urge people to wear hand-woven products as much as possible. It is not about wearing Khadi just because Mahatma Gandhi proclaimed and professed about it. It is about wearing what one feels right and just.”

Looking at the bigger picture, in the age of machine-made counterparts and non - Indian - make products flooding the market, it is more reasons why we should ardently follow and flaunt ‘Made in India’ products this Independence Day and on most days subsequently.

Paromita adds, “I know I will not be looking at this day as the only reason for me to take out my hand-woven. I wear them on most days. But for those of you who don’t, I would urge you all to at least make the effort to wear hand-woven on Independence days.”

We live in a glorious diversely rich multicultural society. It’s beautiful to see people from different parts of the county, speaking different languages and having myriad cultures and values. Sometimes fashion can be the simplest visual summary of our unity. Says Mamta, “I feel conspicuous in a sari. The moment I wrap myself in it, I feel powerful. Its fluidity gives me aeonian ways to style the six meters of the unstitched garment in the most creative ways.” 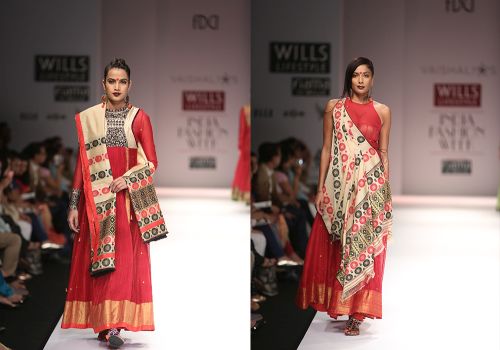 Designer Vaishali Shadangule says, “I feel wearing any of the tricolours on Independence Day is a good choice to explicitly portray the celebration.  As for me, I would rather go for weaves that represent India, fabrics that come from the core of our country. It not only celebrates the day but also our long tradition of handlooms and hand weaves. Nevertheless, it promotes the truest and oldest India in its most contemporary form.” 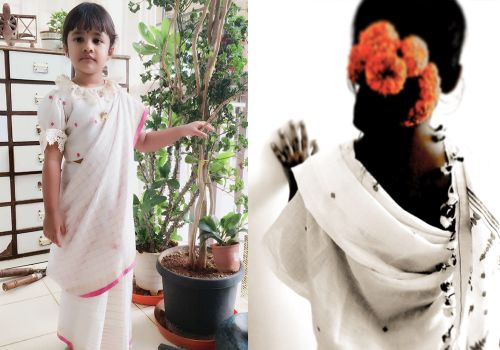 Jayati Bose, B- town stylist turned designer of kid’s wear, says, “Nationalism isn’t about wearing the tricolour. It is about saluting it with respect to our roots. We believe in the betterment of the country right from the roots. Hence, we work with the artisans of the country who create the hand-woven fabrics for our collection. Traditional drapes like saris for little girls and for boys dhoti and kurta is ideal on Independence Day.”

Lawyer turned designer from Calcutta, Parama Ganguly who gets her inspiration of design from the city of joy fondly remembers, “I have been to a Bhrahmo school. Bhrahmos as a sect does not believe in idol worship. So, we never had Saraswati Puja in school, unlike most schools in West Bengal. Independence Day would be a grand event, celebrated almost with the same grandeur as Sarawati Pujo. It was also our sari day. We would wear white red bordered saris.” 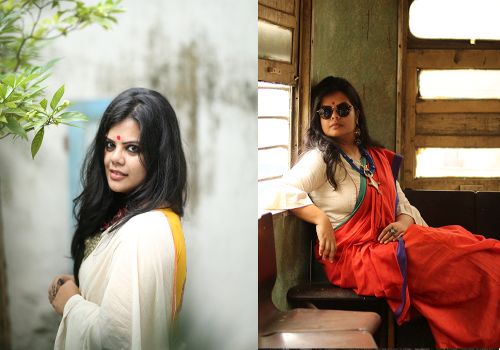 Designer Parama Ghosh in her individualistic style of dressing

For Parama Independence also means getting to wear what her mind wants. “Sari, for example, is a second skin for me. While the whole world may move ahead with different forms of fashion, sticking to my roots, being comfortable in the age-old six yards and being able to feel confident in them is something I consider a privilege,” says Parama.

"When I think of Independence Day, memories of school and the hues of red and white flash before my eyes. I am a ‘Shootir Sharee’ (cotton sari) person which means, I would choose plain soft cotton over any other sari, any day. The coarse Khadi saris, the humble ‘norun paar’ (thin border) Tant and Dhonekhalis with a tinge of red or tri-colour would be the six yards, I associate with Independence Day,” adds Parama.

It’s been 71  years of our Independence and women have come a long way in our struggles to be free. To be accepted and respected for what we are. We have been working hard on breaking norms and stereotypes. "We still sometimes have to rethink our selection of clothes before stepping out of the house but what I really expect and want out of living in a free county is freedom from judgments made from the kind of clothes I choose to wear, freedom from perversion, voyeurism and the constant feeling of being unsafe in my own country," says Mamta.