The former Hizbul Mujahideen commander along with two other terrorists were killed in an operation by security forces on July 8, 2016, in Kashmir’s Bumdoora village. 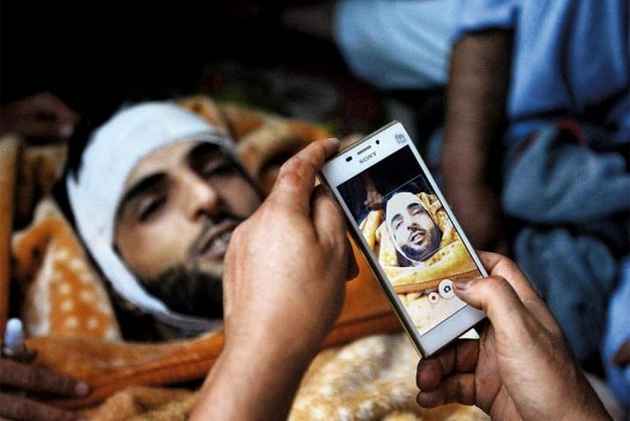 Former Hizbul Mujahideen commander Burhan Wani will be just referred to as a militant in all written communication from now on. The home ministry has directed its division and security agencies not to mention Wani’s name in any written communication, including RTI queries, to avoid any trouble ahead of first anniversary of his encounter.
Burhan along with two other terrorists were killed in an operation by security forces on July 8, 2016, in Kashmir’s Bumdoora village.
Since his killing, nearly 90 people joined militancy in Kashmir in 2016, the highest in six years. The news of Wani’s death triggered protests across the Valley. Hundreds of people assembled in Tral, Wani’s hometown, to participate in his funeral prayers. Several others performed funeral in absentia in south, central and north Kashmir.
Wani was prolific on social media, using it to reach out to the youth and creating huge following.
READ ALSO: Police Study Says Burhan Wani Used Mixture Of Guerrilla Tactics, Modern Warfare Techniques To Galvanize Militancy
According to The Indian Express, officials said Wani would be referred to as one of the militants killed in an encounter along with two others.
“For all future references, the incidents will be recorded as an encounter of three militants on July 8 and not Burhan Wani. It is much safer as the government is not committing to anything even if at a later stage the information supplied regarding the name and the organisation to which the militant belongs turns out to be inaccurate,” a senior home ministry official said.
The home ministry directed its officials not to make any reference to Wani’s name in replies of Parliament questions in the Rajya Sabha and the Lok Sabha, said officials.
There are reports that there would be heavy security deployment in the Valley ahead of July 8. Intelligence sources said several persons backed by Pakistan are looking to fuel tensions in the Valley on July 8.