Home  »  Website  »  International  » Opinion  »  Donald Trump Has Left The Paris Climate Accord, China And India Fail To Fill The Void

India is not as cash rich as China, and it has to develop much faster for decades to even reach China’s present economic strength. 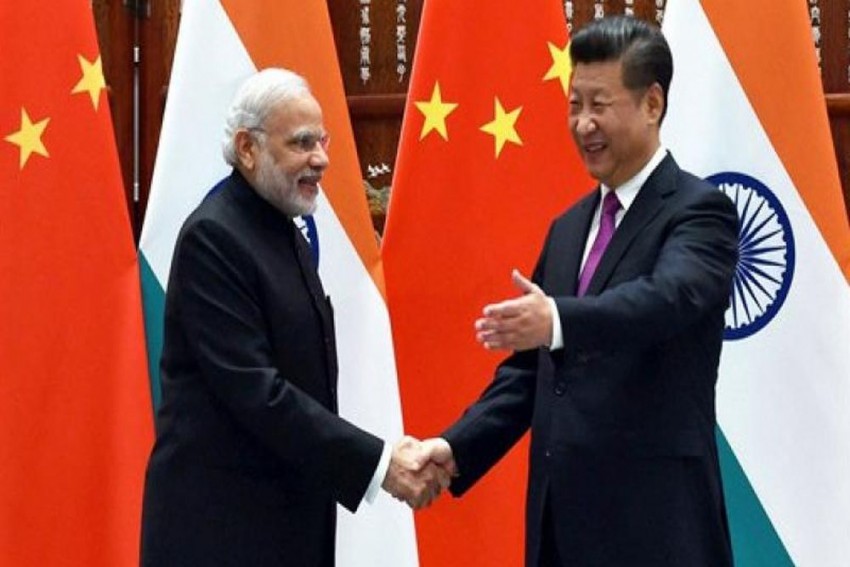 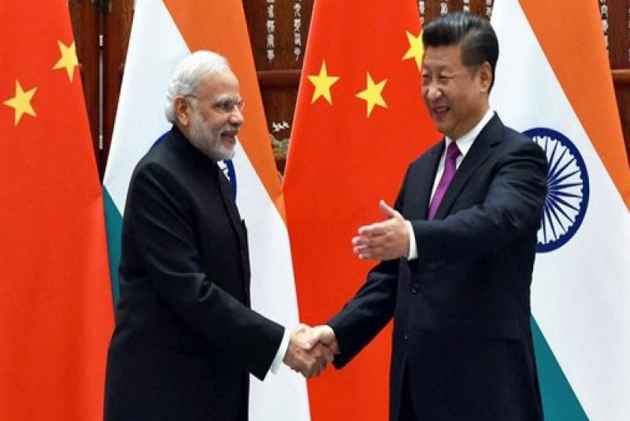 To address climate change, 196 countries of the world had agreed at the Paris Climate Conference on December 12,  2015, to adopt the Paris Agreement. To mark the two-year anniversary of signing of the agreement, on December 12,  2017, France is hosting the One Planet Summit of local, regional and national leaders in Paris to discuss how to increase global climate financing. Two years back, industrialised countries had promised to mobilise US$100 billion to support carbon emission cuts and climate adaptation, but the pledges have terribly fallen short.

The Paris Agreement, which had taken nearly three years to negotiate, came to force on November 4, 2016. After necessary ratification, all signatories had committed to support the global response to the threat of climate change by working to limit global temperature rise well below 2 degree Celsius and continue to pursue efforts to strive for 1.5 degree Celsius. The Paris Agreement signaled the turning point for the world in the path to a low-carbon economy. It also brought hope of building a bridge between energy policies adopted today and achieving climate neutrality before the end of this century.

The success of the international community to negotiate this extremely important agreement was short-lived when the President Donald Trump on 2 June 2017 announced his decision to withdraw the USA from the historic Paris climate agreement. Trump considered the Paris Accord did not confirm to his stated ‘America first’ foreign policy as it would prevent his administration’s ability to arrange domestic environmental laws as per country’s needs. He decided to stop American contribution to climate finance as he argued that the Paris Agreement will only reduce global temperature “tiny, tiny amount” as the deal is not tough enough on countries like India and China.

It is true that India and China have negotiated to be treated differently from historical emitters like the US and not to take any emission cuts and reduce emissions from their coal-fired power plants. Moreover, both the countries are exempted from paying to the global fund to support most vulnerable countries and clean environment technologies for the climate change mitigation arguing that they themselves are the most-affected countries. But, Trump overlooked the fact that unlike Kyoto Protocol, in which only rich nations had the climate mitigation targets, the Paris agreement includes every nation, including China and India. Both the countries have agreed to a review of their climate mitigation targets every five years. The ratifying countries enjoy the independence on how to lower their carbon emissions, but it is binding on them to report their progress.

The decision of Donald Trump to take the US out of the Paris Agreement might add additional 0.3 Celsius to the global warming by the end of this century. Moreover, the accord was not only to cut the carbon emission but also to provide financial and technological support to poor developing countries for climate mitigation. In these two areas, the pledged contributions of the US were very significant. After America’s withdrawal, the fear is that other rich countries might abandon their pledges in future. Moreover, there is less pressure on countries to actually meet their goals laid out by Paris Accord.

Immediately after Trump’s announcement, it was heartening that the world’s two other biggest polluters, China and India have reconfirmed their commitments to the Paris Agreement. The leader of both the countries have come out openly taking forceful public stance against the threats posed by global climate change. This public posturing is significant as these two countries have been traditionally skeptical about developed world’s call for emissions reduction. However, to fill the void caused by American withdrawal, neither China nor India is in a position to take the global climate leadership role or willing to pay for the climate mitigation measures.

China is world’s biggest carbon emitter, about double of the USA, but its population four times more than of the USA. China’s voluntary plan to reduce greenhouse gas reduction allows the emission of the country to increase until 2030. As the present trend shows, China is on the track to achieve this target and even some even predicts a decade in advance. China has already taken some concrete measures in cancelling its planned more than 100 new coal-fired power plants. China’s coal consumption has peaked already in 2013. China is taking aggressive actions to reduce pollution at home as toxic smog regularly covers its cities. It is investing heavily on renewable energy. China has already exceeded its 2020 targets solar panel and wind power installation. However, there is a fear that China is not doing enough about its non-carbon dioxide sources of pollution. While China’s emission growth has slowed, the country’s economy is still growing 6-7% per year and its per-capita income has still a long distance to go.

China has been environmentally getting somewhat responsible at home, but to meet the demand of its growing economy and to maintain its competitive edge in the global market, it is doing all it can to exploit the environment outside the country and contributing further to global greenhouse. In recent years, China has slowed down its own logging and increased the country’s forest covers substantially, but at the same time it has increased importation of forest products from other countries. China’s forest conservation efforts are exacerbating forest degradation in other climate vulnerable regions. Recently, China stopped its planned 5 huge hydropower dams in the upstream of Nu-Salween River on environmental consideration, while pressurizing Myanmar to let Chinese companies build a series of dams on the downstream of the river and hoping to import hydropower from there. Chinese President Xi Jinping’s strong emphasis on Belt Road Forum, in which more than 100 countries and international organizations have joined, also emphasises the construction of a large number of energy projects in other countries. China, while taking concrete measures to reduce greenhouse gas emissions at home, its cash-rich large economy allows it to create colonies for climate destructions outside the country. China is doing what many industrialized countries have done before and are doing now.

India on the other hand is not as cash rich as China, and it has to develop much faster for decades to even reach China’s present economic strength. So, though India claims a lot to match China’s internationalist stance, on the ground it has not been that successful. Immediately after Trump’s decision to withdraw the USA from the Paris Accord, Modi pompously declared in a news conference with French President at Paris that India will go “above and beyond” the 2015 agreement. India is responsible for 6% of the global carbon emission, following China, which contributes 28% and the USA 16%. In order to be able to honor the initial commitment to the agreement over 15 years, India needs to reduce its carbon emission intensity by 33-35% from 2005 levels.

To honor the Paris commitment, India has to move away significantly from its coal-based power production to renewables. Though, Indian leadership is conveying a lot of ‘jumlas’ about this transition, but on the other hand, plans to build 370 new coal-fired power plants. There is a mismatch between India’s national energy plan and permission given by the government to build these new thermal power plants. Narendra Modi government’s support to Adani Group to develop an enormous Australian coal mine for India’s consumption raises questions over country’s seriousness to shift from coal to renewable energy.

India has increased its new wind and solar capacity. However, the country has fallen behind in its annual target, particularly on solar power due to poor transmission infrastructure and lack of access to finance. Financial support of the government earmarked for promoting renewable energy production has also been allegedly diverted for other purposes as the Indian Renewable Energy Development Agency (IREDA)’s loan for BJP President’s son Jay Shah’s Kusum Finserve Private Limited suggest. To meet 2022 target on renewable energy production, India needs to increase its capacity addition from an average of 11 GW per year to 24 GW per year, which looks almost impossible considering the slowing down of country’s economy. Narendra Modi government is presently looking for foreign funding, particularly from the World Bank for its planned ultra-mega solar parks, promising to enhance its solar capacity from 20 GW to 40 GW. International community had praised Narendra Modi, when he hiked the coal cess from 50 rupees a ton to 400 rupees to install 175 GW of renewables by 2022. Only 37% of the collected cess has been used for the clean energy while the rest has now been allocated to compensate states that will be negatively affected by the GST reform. As the government has failed abysmally to match word with deeds, there is very little hope for India to be able to switch to clean energy as it has been stipulated under the Paris Accord.

The hope and expectation of the international community over China and India to compensate the departure of the USA from the Paris agreement is quite misplaced. The politics of both the countries demand the political leaders to pursue the easy path of economic development. While China has adopted the strategy of reducing greenhouse gas emission at home while environmentally exploiting other countries, Indian strategy has been of double talk: a language that appears to be earnest to outside world, but following an easy way out energy policy, which adds further to world’s climate crisis. Thanks to withdrawal of the USA and insincere efforts by China and India, world has moved very little in addressing climate change crisis even after two years of historic Paris Accord. There is not much to celebrate of its 2-year anniversary.

(The writer is a professor of peace and conflict research at Uppsala University, Sweden)