The cyst had been growing undetected in the patient's body for nearly six years and was full of "multiple daughter cysts". 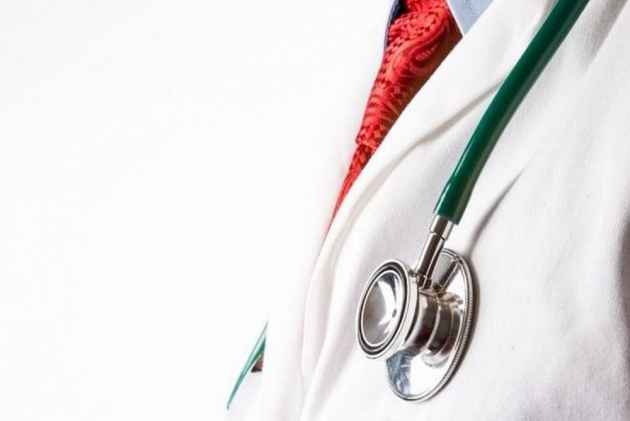 Doctors at a city-based hospital removed a cyst, which was around 1.5 times the size of a tennis ball, from the left abdomen of a 28-year-old man while managing to salvage his leg.

Majid Nazir was suffering from symptoms such as persistent pain in his left leg and could not walk for more than a few metres without strain, associate director and head of GI surgical oncology at the Max Super Speciality Hospital in Shalimar Bagh, Rudra Prasad Acharya,said.

He was asked to undergo an MRI, and the scan revealed an unidentified pelvic mass, he said.

The patient was referred to the oncology department and another CT scan and angiography revealed a big fluid-filled cystic mass of 10 cm by 8 cm in his left abdomen,the doctor said, adding that its size was around 1.5 times of a tennis ball.

"The cyst had begun to press against his left femoral artery (present in the left thigh) and had led to a very feeble pulse. In fact, from the scans, it seemed the cyst had replaced his artery function and led to a decreased blood flow.

"The patient was in grave danger of losing a limb due to the restricted blood flow," he said.

Dr Dinesh Kumar Mittal, senior consultant at the hospital, said the cyst had been growing undetected in the patient's body for nearly six years and was full of "multiple daughter cysts".

The daughter cysts were removed by a multi-disciplinary team of oncologists and cardiologists from inside Iliac artery that supplies blood to the lower limbs.

Then an artificial vessel was created through a vascular graft to replace the iliac artery and re-establish circulation between the Aorta, the largest artery in the body, and left femoral artery in the thigh.

"This ensured that regular supply of blood is maintained to the patient's limb, saving him from a potential loss of left leg. Regular follow-ups every three months, ensured that the chances of recurrence are minimized," Acharya said.

The surgery took place on May 18.

"Hydatid cysts in abdomen and lungs are very common. However, when we began operating on Nazir, we realized that the cyst had grown into the lumen of the artery and one of the daughter cysts had even extended into the Aorta, putting the patient at grave risk of extensive blockages.

"The biggest challenges for us were to ensure that the entire cyst, including all the daughter cysts, are removed and that a new Iliac artery can be grafted since the previous one had been destroyed by the cyst. This helped us to restore blood flow and save the patient’s limb," Mittal explained.

The patient had a prior operation in 2012, in another hospital, for removal of a similar Hydatid cyst which at that time had developed in his chest.

The cyst had ruptured and it is likely that some portion had entered into the Aorta and settled in the Iliac artery, eventually replacing it and growing steadily, he said.

Hydatid cyst is one of the oldest and most persistent public healthcare problems across the world. In India, in particular rural regions in Andhra Pradesh, Tamil Nadu and Jammu and Kashmir, have seen the highest incidence of such cysts primarily due to issues like improper disposal of animal waste, according to the hospital.

Spread through eating food items which have somehow been infected by animal faeces.