Diwali And The Boy In The Balcony

A pithy fable on the festival of light... 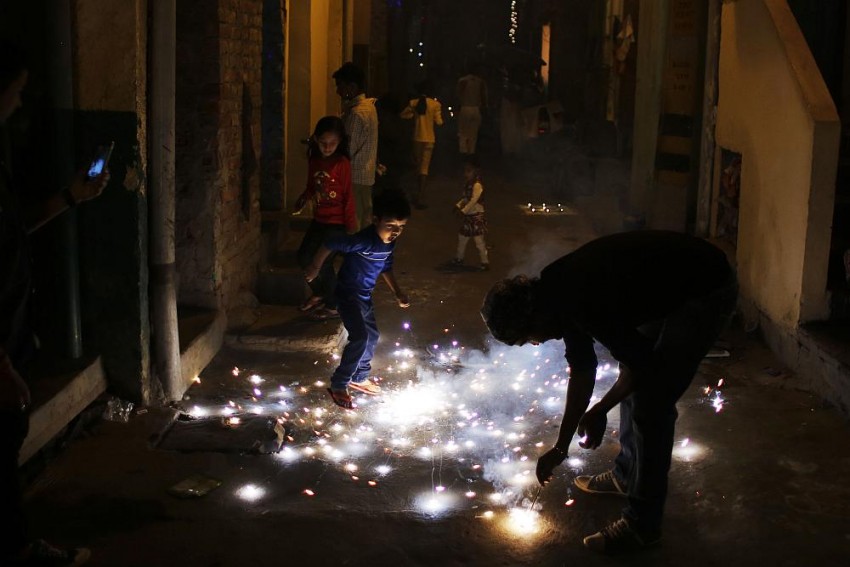 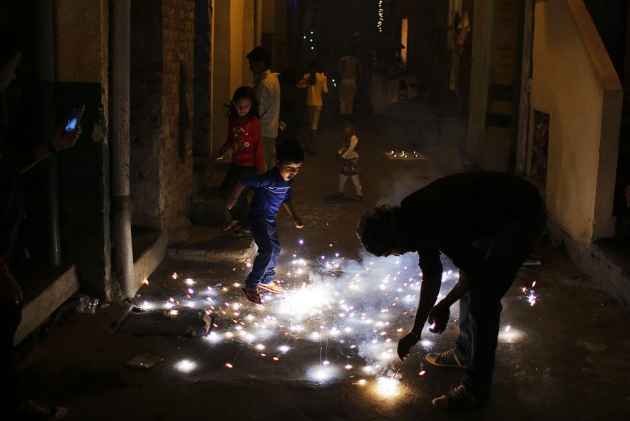 The boy in the balcony opposite mine has had a toy pistol for over a week now in the run up to Diwali. It is one of those that emanate loud bangs along with flashes of fire at rather precarious angles every time you pull the trigger. He has made sitting at home on weekends and doing nothing a very hellish business. I hope he will get over it once Diwali is over and done with and I can go back to existing without getting startled every five seconds.

His brutish toying with weapons reminded me of my childhood when my very enthusiastic mother bought me one of those pistols. I refused to even hold it,  although on other kids I had found it fascinating. My mother reiterated that I was a coward — reiterated because I already had a long list of things I was terrified of which strangely did not include the dark — before firing a few round herself and eventually returning the object. Now that I look back at the incident I think it was simply because I was a pacifist even as a child. For godssake, I refused to retaliate with violence even when some five-year-old bully made it her business to pull punches on me everyday. In her defence, I hurt her sentiments on a regular basis by ridiculing her hair or the lack thereof.

But can you imagine a 10-year-old Jesus running around Nazareth with a wooden toy gun his father had carved for him? (Don't say you can't simply because Joseph didn't know what a gun was to look like) or a little Gandhi, oh wait, his sister claimed one of his favourite passtimes as a kid "was twisting dogs' ears". Not very nice.

The point I am trying to make is that in a world where ideas of violence and revenge are anyway glorified and where children grow up to believe that there is a certain machismo about gun-toting cops and sleuths, is it so necessary to hand them plastic weapons that make loud, dreadful noises?

How are loud, defeaning noises fun anyway? And if they aren't fun, why the craze about crackers? Are people so conditioned by what they have been doing for years that they actually are incapable of imagining a Diwali without explosions of some sort? Can people not understand that they are being selfish and inconsiderate to the poor strays, the pigeons who are hiding in my kitchen, the old and the sick, those with nervous disorders and to anyone who is trying to have a conversation? Not to forget, crackers are super-expensive. If I had that kind of money to burn, I would buy myself a holiday, or better still sound-proof my apartment!

Lately there have been many warnings about Delhi's worsening air quality, already oscillating between poor and very poor and it will only get worse on Diwali night, thanks to all the firecrackers. The Vatican's inter-faith dialogue body too spoke about caring for the environment in its Diwali message. And yet the Supreme Court has refused to impose a blanket ban on crackers and their manufacturers.

Therefore, since we are solely depending on good sense and in SC's words "sensitisation of public", do be prepared to put in a little more labour to breathe, a little more effort to hear and turn a blind eye to all the mess that people are going to leave on the roads, but I am sure it's all worth it. As long as Diwali is happy.

India Is My Home, But…