Dip In Stone-Pelting Incidents In Kashmir After Demonetisation, Says DGP

Stone-pelting is down by 90 per cent in the Kashmir valley and so is hawala transactions and fake currency, the officer said. 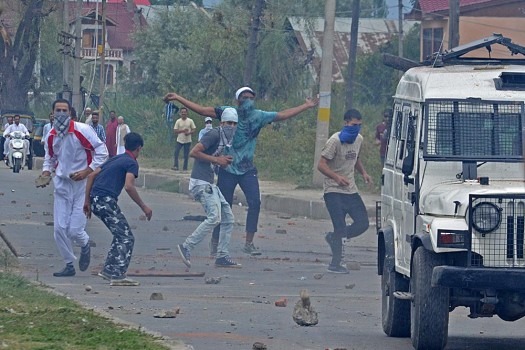 Jammu and Kashmir DGP S P Vaid in an event here attributed the dip in stone-pelting incidents in Kashmir to demonetisation and said the move had also helped in curbing hawala transactions and black money in the state.

"Demonetisation has helped in curbing terrorism, hawala transactions, black money and stone-pelting in J-K," Vaid said after paying tributes to Aivalli, a former DGP of Jammu and Kashmir.

Stone-pelting is down by 90 per cent in the Kashmir valley and so is hawala transactions and fake currency, the officer said.

The DGP also said that initiatives such as demonetisation and the Goods and Services Tax (GST) were bold moves in a country like India.

For the effective implementation of such policies, structural changes and creation of support infrastructure were necessary, he said.

Former DGP and patron of the Indian Institute of Public Administration Dr Ashok Bhan said both the policy measures -- the GST and demonetisation -- were well intentioned reforms and their real benefits will be seen in the future.