Highly placed sources in the EOW informed that in this case about 12 to 15 phone numbers were under interception without proper permission. 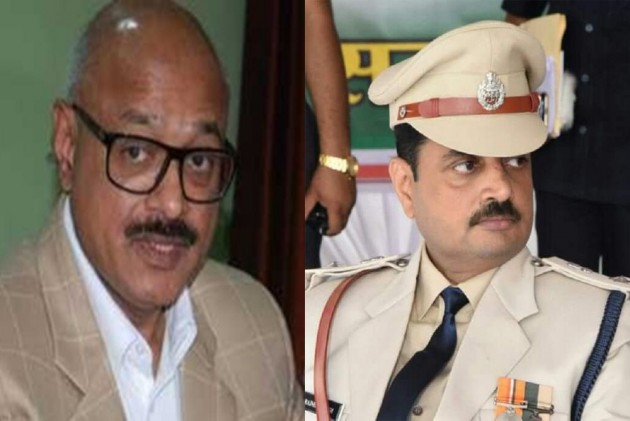 In Chhattisgarh, as the layers of multi-crore PDS scam unfolds, it has brewed fresh troubles for Director General of Police (DGP) Mukesh Gupta and Superintendent of Police (SP) Narayanpur Rajnesh Singh.

The two IPS officers have been booked under various Sections of the Indian Penal Code (IPC) for unlawful phone tapping while violating the provisions of Indian Telegraph Act, using forged documents as genuine and criminal conspiracy, police said.

“During investigation we found out that the documents used for message interception were tampered. The concern officials were questioned who told us that some numbers were on interception without proper permission. The permission and documentation for same was taken on back date,” SP, Economic Offence Wing (EOW) Indira Kalyan Elesela said.

Police further informed that the back-date entry for phone tapping was done under pressure from the then ADG, EOW (now DGP) Mukesh Gupta and (then) SP EOW Rajnesh Singh.

Meanwhile, highly placed sources in the EOW informed that in this case about 12 to 15 phone numbers were under interception without proper permission.

Both the officers have been booked under Sections 166, 166 A(b) 167, (Public servant disobeying law, with intent to cause injury to any person), 193 (false evidence), 201 (Causing disappearance of evidence of offence, or giving false information to screen offender), 466 (Forgery of record of Court or of public register,), 471 (Using as genuine a forged) and 120B (criminal conspiracy) of Indian Penal Code (IPC). They have also been under with Section 25, 26 and 5(2) of Indian Telegraph Act.

Notably, the PDS scam was exposed during the BJP regime. Its investigation was handed over to EOW, then headed by IPS Mukesh Gupta.

Later on, a diary allegedly having records of money transferred to different politicians and IAS officers had surfaced. Congress party has been ever since accusing direct involvement of former Chief Minister Dr Raman Singh in the scam. Police had also booked two IAS officers- Anil Tuteja and Alok Shukla- for their alleged involvement in fund embezzlement.

After coming into power Congress party had formed an SIT this January to conduct a thorough probe into the case.