Despite Poor Air Quality, Why Farmers In Punjab, Haryana Continue To Burn Stubble

Many farmers in these states take land on lease -- by paying up to Rs 60,000 per acre -- which leaves them with small leeway to think about the Happy Seeder, as they assume lower yields translate into huge losses for them. 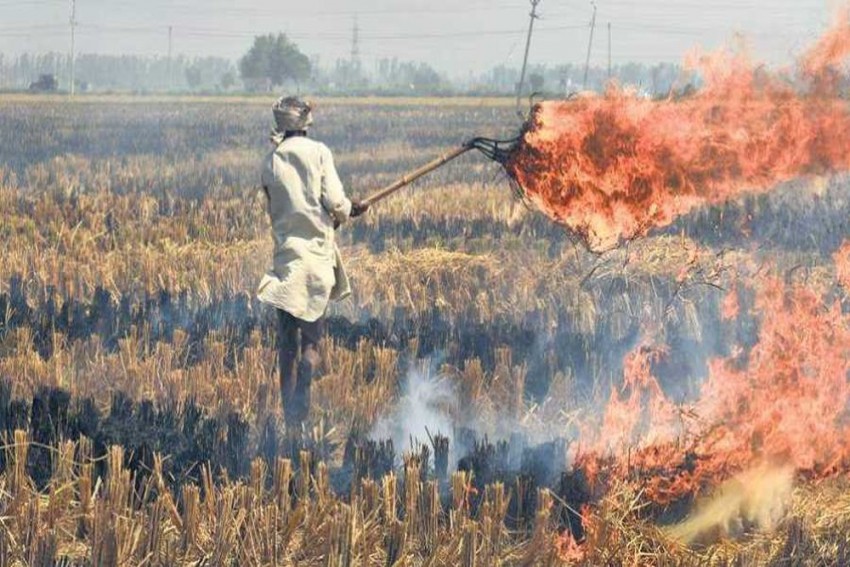 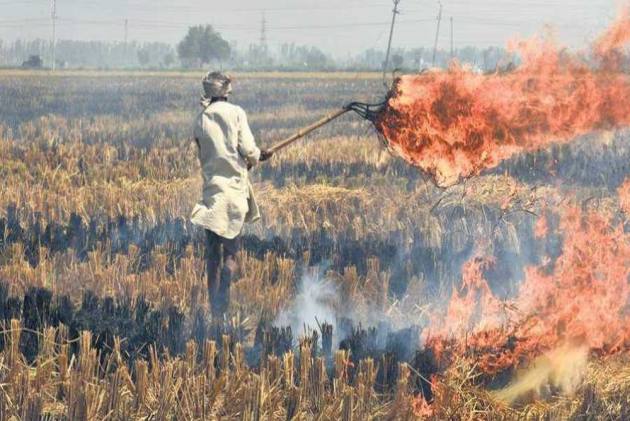 There is a visible reduction in the volume of post-harvest stubble-burning in Punjab and Haryana this year owing to the promotion of farm machinery backed by financial assistance by government and awareness programmes.

Yet, a significant chunk of farmers is still reluctant to use the Happy Seeder -- which obviates the need for stubble burning -- fearing lower yields. And this fear, coupled with the high cost of the machines, seems to override the fear of penal action for burning stubble.

Many farmers in these states take land on lease -- by paying up to Rs 60,000 per acre -- which leaves them with small leeway to think about the Happy Seeder, as they assume lower yields translate into huge losses for them.

However, the fear of a lower output has no factual or legitimate basis, say experts in the field, even as they feel all farmers would adopt new techniques in due course of time.

Conceived by the Punjab Agricultural University (PAU) in 2007-08, Happy Seeder, which allows sowing without removing stubble, is seen as a perfect alternative as it completely rules out the possibility of straw burning.

They can hire the machine for Rs 1,500 per acre from Custom Hiring Centres (CHC) but find it hard to get them during the wheat sowing period because there are not enough machines available.

Punjab farmer Satuguru Singh has cultivated his 18-acres of land using Happy Seeder this year. But he is apprehensive about the amount of sprouting.

"I burnt my fields till last year. I have used the Happy Seeder this time as I do not want to contribute to pollution. But I am nervous as I heard this machine lowers the output," said the farmer from Sangrur's Namol village.

There is a need to restore confidence among farmers that the Happy Seeder is affordable and does not impact the yield, said Sridhar Iyer of the EY Foundation.

The EY Foundation, along with NGO India Paryavaran Sahayak (IPS) Foundation, is working in five districts of Punjab to spread awareness about Happy Seeder and to make it available on rent to farmers at a subsidised rate.

"When the Happy Seeders are used, sprouting cannot be seen easily for some days due to the straw. It makes farmers nervous. So we have to clear their doubts to encourage them to use the Happy Seeder"," Iyer said.

H.S. Sidhu, a Senior Agricultural Engineer at Borlaug Institute for South Asia (BISA), said the apprehensions would not subside until the farmers themselves use the machine.

"The farmers would have to get rid of the fear they have by using the Happy Seeder. It is about self-realisation. It would happen eventually," said Sidhu, who was a part of the PAU-led team that designed the machine.

An agriculture researcher from Haryana said the farmers in the region believed that more tillage of land leads to more production so they burn stubble and use Rotavator, which chops the straw into small pieces using rotating blades and spreads it inside the soil.

"The concept might have been true around 30 years ago. However, it is no more effective with the introduction of hybrid seed varieties. There is need to explain it to farmers with scientific demonstration," said the Karnal-based researcher, who did not wish to be named.

According to Punjab's Agriculture Department, over 25,000 machines, including approximate 8,000 Happy Seeders were purchased this year at subsidised rates in the state.

However, small and marginal farmers like Maninder Singh can neither afford to buy a Happy Seeder nor can they find one on rent"

"There is only one machine for three villages in our area. I do not know when my turn will come if I want to use the Happy Seeder," said Maninder Singh, who cultivates three-acres.

Punjab's Agriculture Director, J.S. Bains, admitted that not all farmers had access to Happy Seeders.

"This year, stubble burning has gone down by almost 60-70 per cent. Many farmers have rented Happy Seeders from 8,000 CHCs in the state. There may be a section of small farmers, who could not use it. But they will also soon be brought on board," Bains told IANS.