Six men had assaulted the 23-year-old paramedic student, and a male friend in December, 2012 in a moving bus as it drove through the streets of New Delhi. 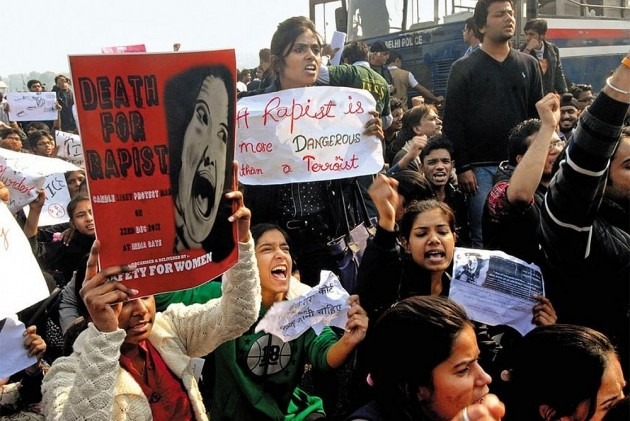 The Delhi Commission For Women (DCW) has asked Tihar jail authorities and Deputy commissioner of police of south district to explain why the four convicts in the December 16 gangrape and murder case has not been hanged despite the Supreme Court upholding their death sentence.

Six men had assaulted the 23-year-old paramedic student, and a male friend in a moving bus as it drove through the streets of New Delhi. She was thrown out of the bus -- so grievously injured that her insides were spilling out -- along with her male friend near the airport. A fortnight later, on December 29, 2012, she succumbed in a Singapore hospital.

The four convicts lodged in Tihar jail are Mukesh (29), Pawan (22), Vinay Sharma (23) and Akshay Kumar Singh (31). A fifth accused, Ram Singh, allegedly committed suicide in Tihar Jail in March in 2013 and the sixth, a convicted juvenile, was sentenced three years of punishment in a reform home and released in 2015.

The parents of the deceased have complained to the women's panel that even after six months of the Supreme Court upholding the death sentence for the four convicts, who had brutally raped and killed their daughter, they have not yet been hanged.

Though the Supreme Court has upheld the death penalty on May 5, the four convicts still have the option to seek review of the apex court's judgement, file curative petition and seek mercy from the President after exhausting judicial remedies.

Maliwal, in her notice to the Tihar Jail administration and DCP South District, has asked the officials to respond by November 6.