Delhi government has imposed a ban on construction activities, coal and biowaste-based industries, and brick kilns across NCR till November 10. 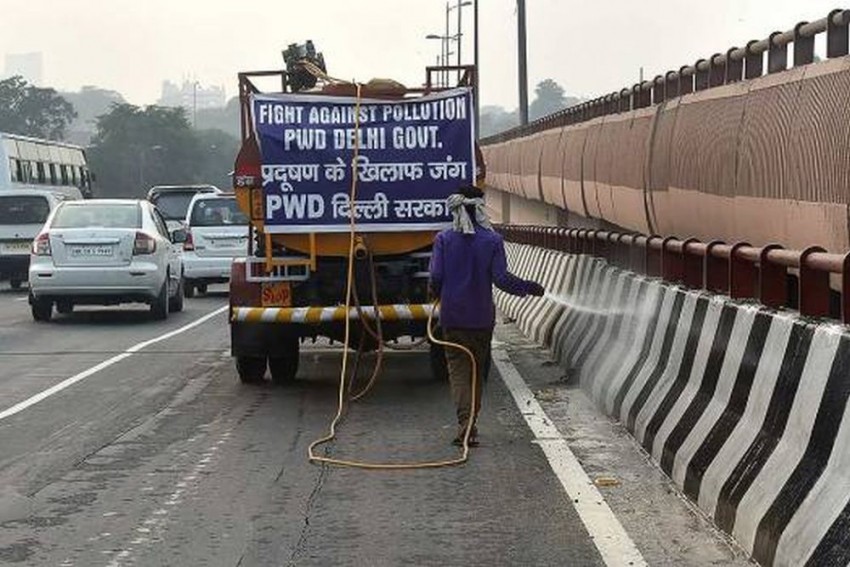 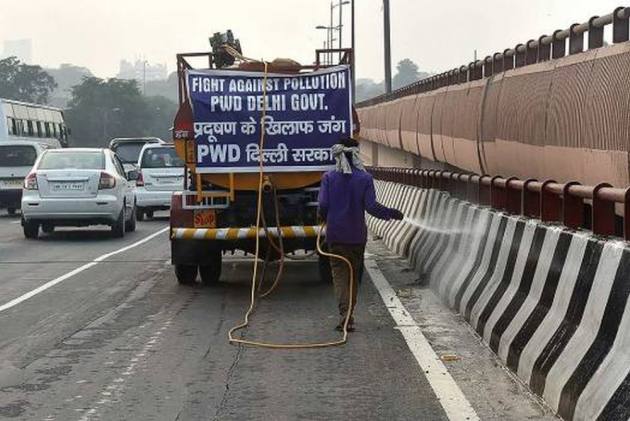 The Delhi government has imposed a ban on construction activities, coal and biowaste-based industries, and brick kilns across NCR till November 10.

The Supreme Court appointed EPCA said that it is considering imposing more restrictions including a ban on truck entry in Delhi, if the air quality falls further.

Municipal Corporations of North and South Delhi on Thursday intensified drives to check pollution level in the city and imposed a total of Rs 30 lakh in penalty for violations, officials said.

The zonal teams of South Delhi Municipal Corporation (SDMC) intensified campaign to check pollution level in the city and imposed penalties, they said.

"The building department of various zones also inspected areas for construction activities causing dust pollution, and garbage or leaves burning. During this exercise, zonal authorities issued a total of 435 challans worth about Rs 22 lakh for violations," a senior SDMC official said.

He said that the SDMC will further intensify its drive against violators.

The North Delhi Municipal Corporation (NDMC) on Thursday also penalised such violators, besides constituting "43 teams for night patrolling in all of its six zones" for checking activities that add to air pollution, officials said.

Fourteen challans were issued in the Civil Lines Zone, the maximum among all zones, and thirteen in City-Sadar Paharganj Zone, the officials said.

On the monitoring teams, the official said, teams would check any burning of garbage or leaves, or other activities, contributing to air pollution, and penalise violators.

"300 water sprinklers are being used across Delhi to tap down the particle pollutants," said Delhi Environment Minister Imran Hussain.

Pollution is set to worsen until at least November 4, with high moisture trapping the pollutants and calm wind not allowing them to disperse, according to the System of Air Quality and Weather Forecasting And Research (SAFAR).

SAFAR advised people to avoid all outdoor physical activities and those with asthma to keep relief medication handy.