A Pakistan accountability court sentenced Sharif to 10 years in prison in one of the three corruption cases against him in the high-profile Panama Papers scandal and fined 8 million pound ($10 million). 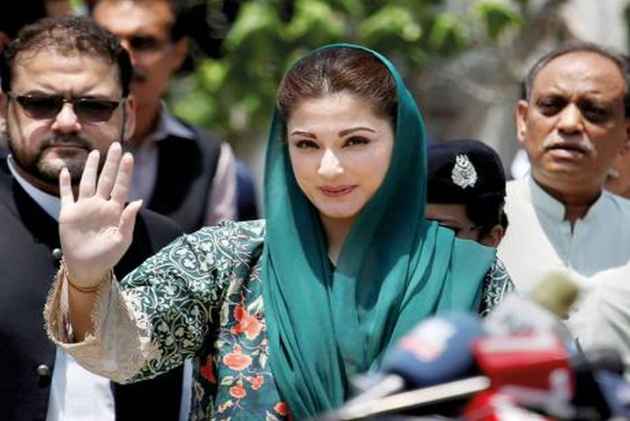 Maryam Nawaz on Friday said attempts were being made to stop her father and deposed prime ministrer Nawaz Sharif from returning to Pakistan and appealed to party cadres to be positive ahead of the July 25 elections when the "real verdict" would be revealed.

A Pakistan accountability court sentenced Sharif to 10 years in prison in one of the three corruption cases against him in the high-profile Panama Papers scandal and fined 8 million pound ($10 million).

Maryam, considered the heir apparent of Sharif, also received a 7-year sentence with a 2-million-pound fine ($2.6 million), while her husband Captain (retd) Safdar was sentenced to one year.

Following the verdict, Maryam has been barred from contesting the elections from Lahore to the National Assembly.

Maryam, 44, also said in the Avenfield case, her father was returning and attempts were being made to stop him.

In a tweet, she stated that "it is a matter of happiness for the Pakistani people, for whom, a leader is willing to take an undeterred stand and willing to preserve the sanctity of the voting system".

She further reiterated that the real verdict shall be revealed to the public on July 25, the day when general elections shall be held in the country.

"This isn't new for Nawaz Sharif. He has undergone disqualification and life imprisonment before," she said in a tweet.

Maryam took to Twitter to state that "forces" have never been successful in breaking Sharif's resolve in the face of adversity.

"PML-N's lions, remember this! Do not get unsettled no matter what the verdict is," she wrote. "All of this is not new for your Nawaz Sharif, he has faced exile, disqualification, and life imprisonment (sentence) in the past."

She further said that it was positive that there is one political leader who is steadfast in his resolve to protect the sanctity of the vote.

"It is positive that there is a leader who, for you, for this country, and for your vote's sanctity is steadfast in his resolve and is ready to make any sacrifice for the same," Maryam said, who is currently in the UK along with her father to be with her ailing mother Kulsoom Nawaz.

The deposed prime minister's daughter further said that Sharif had chosen his path despite knowing it was not easy to tread on it.

"He (Nawaz) chose this path despite being aware that it was not easy and a price for it had to be paid," she said, adding that the PML-N supremo paid a 'heavy price' for his decision.

"The (real) decision will be made on July 25," Maryam said in a reference to the upcoming General Election 2018. "We are facing the snakes hiding in the democratic system."

"Remember the faces of the conspirators and pawns on July 25," she said, adding it was 'now or never.'