The sortie is likely to last for 30 minutes 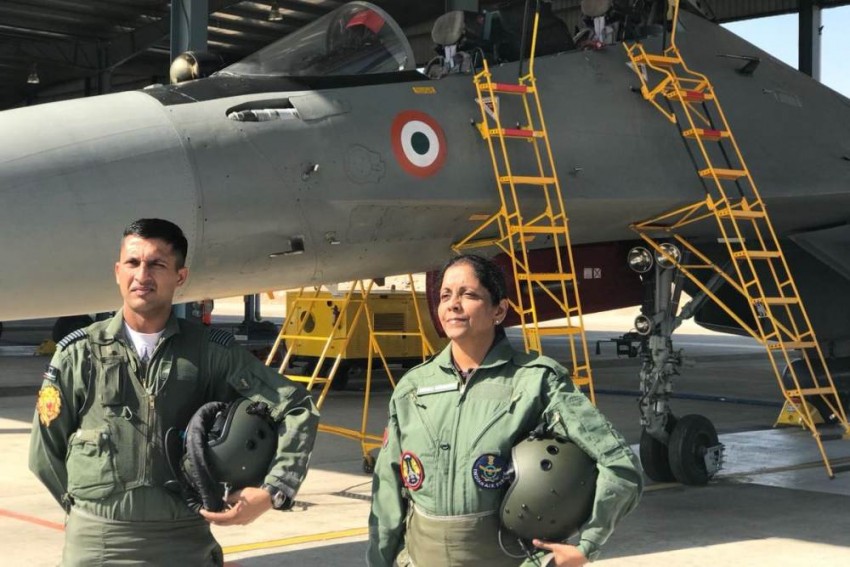 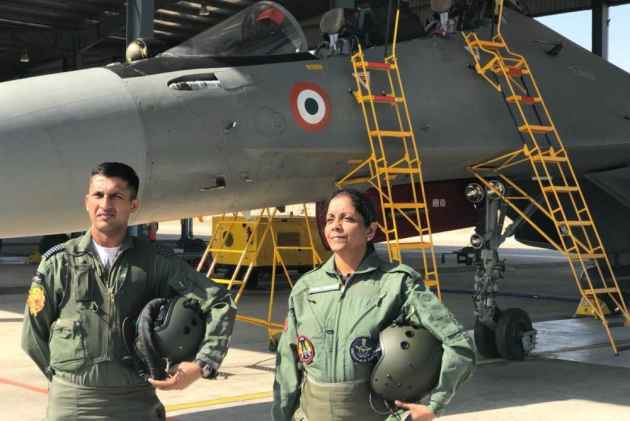 Defence Minister Nirmala Sitharaman today took off in the IAF’s frontline combat jet Sukhoi 30 MKI from the air base here.

The country's first woman defence minister sat in the rear seat behind the pilot and was wearing the pilot’s G-suit.

The sortie is likely to last for 30 minutes, defence sources said.

"She is reviewing the operational preparedness and combat capabilities," the sources said.

Sukoi-30 MKI is a nuclear-capable aircraft which can penetrate deep into enemy territory.