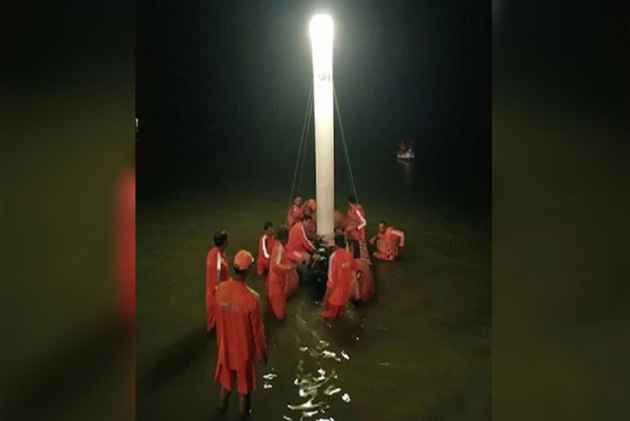 A boat overloaded with tourists capsized in the Krishna River in Andhra Pradesh on Sunday evening, resulting in the death of at least 16 people, the police said.

The accident took place near Vijaywada, 275 km from Hyderabad, at 5.45 pm.

The National Disaster Response Force (NDRF) has been pressed into service to find the missing persons.

"The boat was overloaded with 38 people and most of them were not provided life jackets. It capsized near a curve as it approached the Pavitra Sangamam point and most of the people were trapped underneath and were killed," an Assistant Commissioner of Police said.

The incident comes days after at least 9 people were killed in similar incidents in Vaishali and Samastipur districts of Bihar.

Tourism Minister Bhuma Akhila Priya ordered an inquiry into the incident and directed her department officials to find out whether the boat operator had requisite permissions.