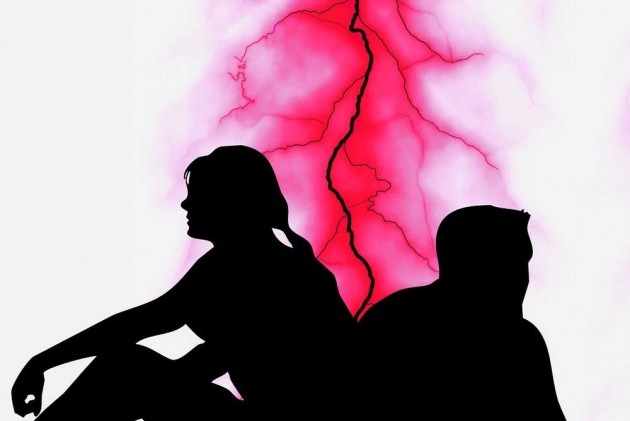 Dear Shree, I’m a woman in my mid 50s and starting dating a younger guy over three years back. After an intense romance that lasted about seven months, we took a call to back off from the serious part of the relationship (my choice for many reasons), but have remained together and see each other often. It is way more involved and emotional than a friends-with-benefits situation, more like a ‘lover.’ Several months ago, one of his best friends, who is married, starting texting me asking if we could get together sometime. I played it off like he was just looking to hang out with friends, but it was completely clear that this was not his intention. After a few days, he stopped texting, but I didn’t mention it to my lover. I don’t know if I should tell him that his friend broke the bro code. I really don’t want to come between them and ruin their friendship. I probably won’t be involved with this guy for much longer, but his friend will likely stay in his life for a long time. On the other hand, I think my lover should know if he can trust his friends.

You don’t have to disclose the nature of the texts. Yes, it would be nice for your not-quite-boyfriend to be able to trust his friends, but you're not the person to help him navigate questions of loyalty. If you’re trying to distance yourself, it’s not a good time to get wrapped up in a confrontation. It’s possible that your lover already has some questions about his friend. He does know that his pal was texting you. Sure, you played it off like the texts were platonic, but I’m sure the information gave him something to think about. Really, I’d spend more time figuring out how and when you're going to bail. If that’s coming soon, you should be a friend to this almost-parter and figure it out together. That seems to be the most important part of this query – that you’re going to say goodbye to someone you’ve known for a while.

Dear Shree, my boyfriend and I are about to have our three-year anniversary, but I wish there was more between us to celebrate. At first our relationship was long-distance, so I chose to move to a place that’s closer to his. But since the move, things haven’t been what I hoped they’d be. He’s distant and always has excuses if I suggest something for us to do together. He only visits during his lunch breaks from work, never after work or on weekends, and he claims he can’t spend more than an hour with me because we will fight, and that's why he only devotes his lunch hour to us. He does not call and can go hours without texting, and I do not know what to think about his behavior. In two days my family is coming to see me. After this many years, I was hoping to be able to introduce them to my boyfriend, but I feel that I don't have anything to show them. I love my boyfriend and I have tried every possible thing to make it work, but he seems to be getting more and more distant. I need to feel loved, and I need to know what route to take with regards this relationship. I have tried talking to him to no avail.

The talking-it-out phase of this relationship is over. You’ve told him what you want and he refuses to give it to you. The only thing you need to know is that he's not really your boyfriend anymore. If you’re only seeing him during lunch breaks and he says he doesn’t want to spend more than an hour with you, the relationship is sinking. All you have to do is process that information and walk away. Sometimes long-distance relationships are confusing because they allow us to make assumptions about what life would be life if the miles disappeared. You assumed things would be better if you lived closer, but now you know the truth: the distance in the relationship was about more than geography. End this and lean on your family for support if you can. Spend time with all of the people who like seeing you for more than 60 minutes at a time.

Dear Shree, I have been with my boyfriend for over five years now. He’s 24 and I’m 21. We are young, but we are very committed to each other. Obviously we have ups and downs, but we’re happy. We are also different, which sometimes is a good thing, but other times can be overwhelming. Despite our differences, we share the same values and we want the same things – pets, kids, marriage, etc. We are currently living two hours away from each other, which hasn’t been as difficult as I thought it would be. We were planning to move in together in a few months, but all of a sudden, he panicked. We had talked about it multiple times, and were excited about buying a house, so this change is very surprising for me. In addition to this change of heart, he is doubting our entire relationship. He says he is not ready yet, and is asking whether we've been wrong this whole time, and if we’ve stayed with each other because we’re already five years in. Despite all that, he says that he loves me with all his heart. I don’t know what to do. I love him so much, and so far we’ve defeated all of the odds. I want to be with him, and I respect his decision to wait another year before taking next steps, but I don’t want to put our entire relationship in danger.

He wants to wait another year? That seems fine. It hurts, but it’s fine. Moving in with someone – and buying property with them – can be a big and scary step. It’s better to do it with confidence than hurry up things. The only thing to think about is what you’ll put up with over the next year. If you find that you’re spending all of your time working to show him how cool you are as a couple, you have to let him go. If this decision to delay the move makes things tense, or you begin to feel estranged, you should have doubts about the relationship, too. I don’t know what he hopes to learn from the next year, but it shouldn’t feel like a test. I think it’s better if you take a break – on your own terms. You don’t want to walk into a living situation – or marriage – with someone who doesn’t know what he wants. It’s sad to think about a breakup, but if these questions haunt him, he’ll have to figure them out on his own – and so will you.

(For further queries, write to Dear Sree at  mydearsree1@gmail.com)

Scientists Identify Genes That Up Risk Of Bone Weakness, Helps Predict If You Are Prone To Disorders