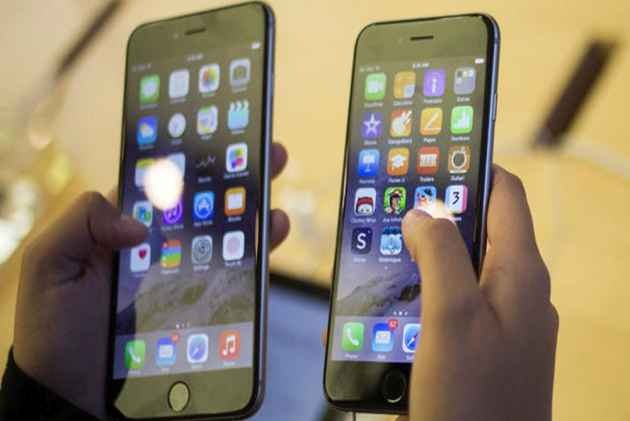 Within days of Government hiking the customs duty on mobile phones, tech major Apple has raised prices of the iPhone by up to Rs 3,210 across various models.

It has also increased the prices of Apple Watch by up to Rs 2,510, according to information available on Apple website.

The Apple Watch will also be costlier by roughly 7.9 per cent, as customs duty on smartwatches and wearables too have been hiked in the Budget. The new rates are effective from today.

This is the second round of duty hike in the last two months. In December, the government had raised the levy on imported smartphones to 15 per cent (10 per cent earlier), to boost local manufacturing.

Following the hike, US-based Apple had then raised the average prices of iPhones by 2.5 per cent.

Finance Minister Arun Jaitley, while presenting the Union Budget 2018-19 last week, had said the customs duty on phones has been raised from 15 per cent to 20 per cent and on some other parts and accessories to 15 per cent, to "intensify" domestic value addition and Make-in-India in the sector.

Market watchers are of the view that the resultant impact of the duty hike could be 3-4 per cent on final price of imported mobile phones.

Customs duty on smartwatches and wearables has been doubled to 20 per cent, while that on specified parts and accessories of mobile phones has gone up to 15 per cent from the current range of 7.5-10 per cent.

India is one of the largest mobile phone markets globally. In the October-December 2017 quarter, overall mobile phone shipments in India grew 37 per cent, as per Counterpoint Research data.

Smartphone shipments in the said period increased 12 per cent, while exports of feature phones grew at a blazing 55 per cent.