From arts and sciences to literature and music, both sides imbibed a diversity of influences enriching their respective cultures. The culinary legacy of the Indo-Arab interaction is remarkably resplendent. 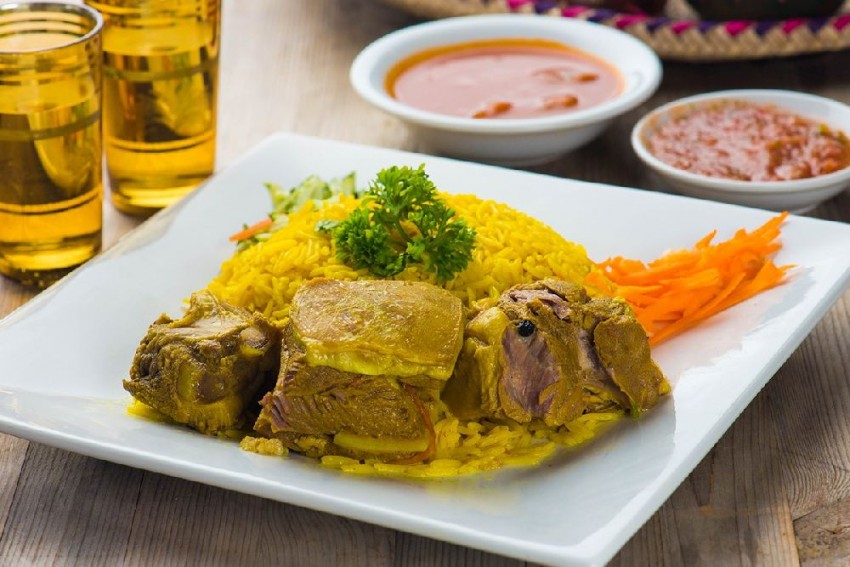 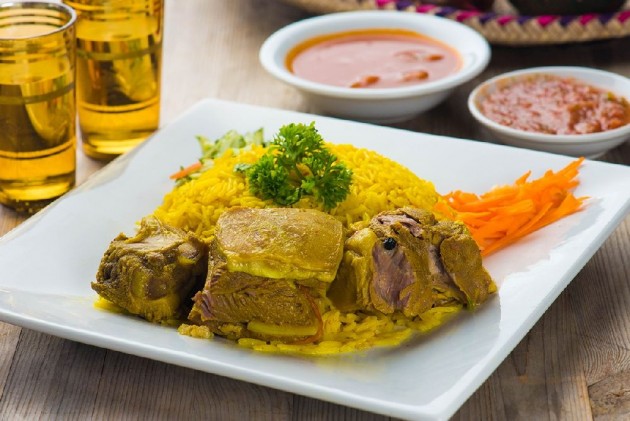 The water-body, the waves of which lap the shores of the western coastline of India, is aptly named the Arabian Sea. It has, through millennia, bridged the distance between the South Asian subcontinent and the homeland of the Arabs.

Centuries ago, there were no nation-states with distinct identities but only great empires and rich civilizations that interacted and enjoyed mutually beneficial relationships.

Intrepid seafaring Arab traders had mastered the monsoon winds and they routinely braved myriad hazards to facilitate the historic encounters that resulted in a cultural exchange that is unmatched in world history.

The lure of Indian spices proved irresistible for the Arabs, not only as an extremely valuable commodity in international trade but also as an exotic ingredient that transformed simple everyday sustenance into a sublime experience, contributing subtle aromas and rich flavours.

From arts and sciences to literature and music, both sides imbibed a diversity of influences enriching their respective cultures. The culinary legacy of the Indo-Arab interaction is remarkably resplendent.

It was only with the advent of the Europeans and the expansion of colonialism that this process of mutually beneficial interaction was interrupted.

In the early centuries of the first millennium before the birth of Christ, the Arabs established a monopoly over the spice trade. Their specialized commercial voyages brought them to the Malabar region in Southern India. This is where they introduced some of their favourite delicacies to their local hosts, according to food historians – Halva Harisha, Achar and Musallam dishes are among few of the gifts Indians received from Arabia. Those were the days when the sway of the Saudi monarchs spread over vast stretches of the desert stretching from the Gulf of Oman and Yemen through what today comprises the Arab Emirates, to the Horn of Africa and beyond. Saudi Arabia is home to the holiest pilgrimage for all Muslims. The holy cities of Mecca and Medina cast a powerful spell on the faithful. Millions of Muslims perform the Haj every year. The Saudis, as a result of this unique exposure, have acquired a cosmopolitan outlook and refined gastronomic taste.

The affinities between Saudi Arabia and Indian food are amazing. Char-grilled roasts on spit or skewers, rice slow-cooked with meat and condiments enriched with dried fruits and nuts accompanied by an assortment of salads and yoghurt/curds are common to the spread on the table both in India and Saudi Arabia. Vegetables like eggplant, okra, tomatoes, potatoes, and cucumbers are relished equally in both countries.

Traditional Arab food was quite basic. With the incorporation of Indian spices, many of these recipes became refined and more satisfying. Kabsa (rice with chicken) is the national dish of Saudi Arabia. This is arguably the most basic biryani. Mandi is another meat and rice dish that is more elaborate and complex. Interestingly, Mandi biryani has gained great popularity in Hyderabad, the city most famous for its signature dish dum ki biryani. Mandi is cooked on dum and differs from the local biryani by including vegetables, dried fruits and nuts. Muttabaq resembles a stuffed paratha. A popular snack or starter in Saudi Arabia, it seems to have spawned the Baida Paratha (egg paratha). Haleem made with broken wheat, ground meat, ghee, lentils and cooked to a porridge-like consistency that is immensely popular during the month of Ramadan has also come to India from Arabia.

There are many beverages that seem to share a common ancestry. The Saudi Labam is yoghurt base drink like lassi.

Many Arabs have acquired a taste for Indian dishes that are commonly labelled Mugalia. Qorma, Salan and Kebab have acquired many loyal patrons in the Kingdom. In major cities in Saudi Arabia, Indian restaurants are doing flourishing business. From small street-side eateries catering to tourists and the large immigrant population from India, Pakistan, Bangladesh, and, not to forget Nepal. Deluxe fine dining restaurants operated by Michelin star chefs like the virtuoso Vineet Bhatia offer a bewildering range of Indian delicacies. As a matter of fact, Saudi Arabia is where one can sample some of the most exciting innovation in contemporary Indian cuisine also at times referred to as Avant-Garde Indian or progressive Indian food.

The traffic is not one way. In many Indian cities, metros and mini-metros, there are ethnic eateries serving recipes from the Arab repertoire. Many Indians, who have worked in Saudi Arabia or have visited it for business purposes, cherish memories of the cuisine of the Kingdom. They have contributed a lot to raising awareness back home about dishes like Jarish that may be simply boiled and served with chopped hot pepper and onion or maybe browed in butter and cooked like a pulav with chunks of meat.

In a Saudi celebratory feast, Kharuf Mahshi is the jewel in the crown – a baby lamb stuffed with rice, nuts and raisins, basted with ghee or butter before roasting. This is surely the most impressive of all musallams!

(Historian and food critic Pushpesh Pant is the author of India: The Cookbook)

Never Asked For Hindi Imposition, Should Be Used As Second Language: Amit Shah