AB de Villiers retired from international cricket in May 2018, exactly a year before the start of the ICC Cricket World Cup 2019 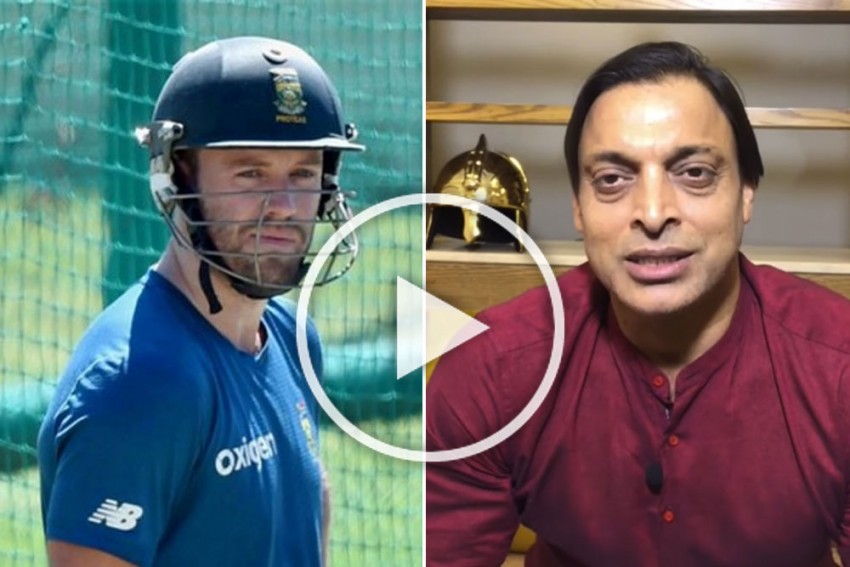 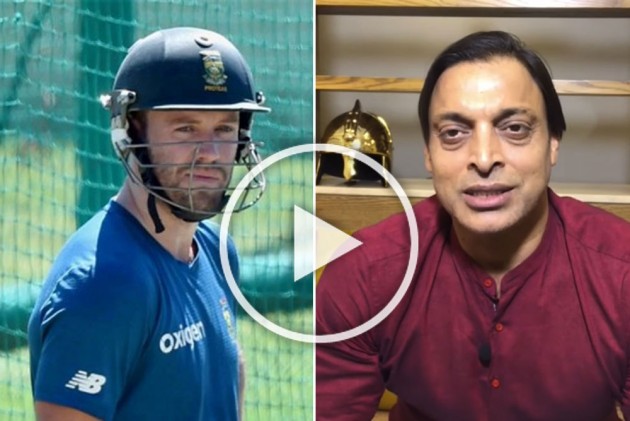 Days after reports of Cricket South Africa ignoring AB de Villiers' request to come out of retirement and represent the Proteas in the ICC Cricket World Cup 2019 emerged, legendary Pakistan fast bowler Shoaib Akhtar has on record said that the batting great "chose money over the country".

Lambasting AB for taking wrong decisions, Akhtar, who is known for making sensational statements, said: "You had these last two years. People would have remembered you. It was not the correct decision. Now you want to come back it is not more than a gimmick. Taking retirement was already a wrong decision and now the offer to come out of it again is a wrong call. If you have taken a decision, ‘be a man’ and stick to your guns. You don’t clear your name like this."

De Villiers, regarded as one of the greatest batsmen, retired from international cricket in May 2018, exactly a year before the start of the 2019 edition of the World Cup. But the right-handed batsman continued to ply his trade in various franchise-based T20 leagues around the world, including the Indian Premier League.

"The country is down and out (in Word Cup) because of you. If you were there in the middle order and would have turned around. It’s sad that you chose money over the country," the Rawalpindi Express added.

Continuing his tirade, Akhtar said: “He took this decision keeping in mind his finances. He should not have forgotten that the country comes first. You still had two years of cricket left in you. You could have played this World Cup and the T20 World Cup next year. Yet you preferred to play in IPL and PSL and then took retirement.

“I don’t mind people making money but do it in the right way. Now to clear your name you have made this offer but management has denied it categorically. They denied him the big headlines.

“You are a real man when you leave money. Kerry Packer happened and it was wrong. I was offered millions of dollars to play in ICL and was told not to play for Pakistan but I did not do that. I took half the money and played in IPL."

South Africa have lost all three matches played so far in this World Cup -- to England, Bangladesh and India.