Cooking In Iron Kadhais: A Movement Of Women’s Collectives In Jharkhand To Combat Anaemia

In Torpa block alone, at least 1,200 women purchased iron kadhais, while the number across Jharkhand has climbed to 2,300. Scientific literature also indicates that cooking in iron vessels can have a positive impact on the absorption of iron, and consequently, anaemia. 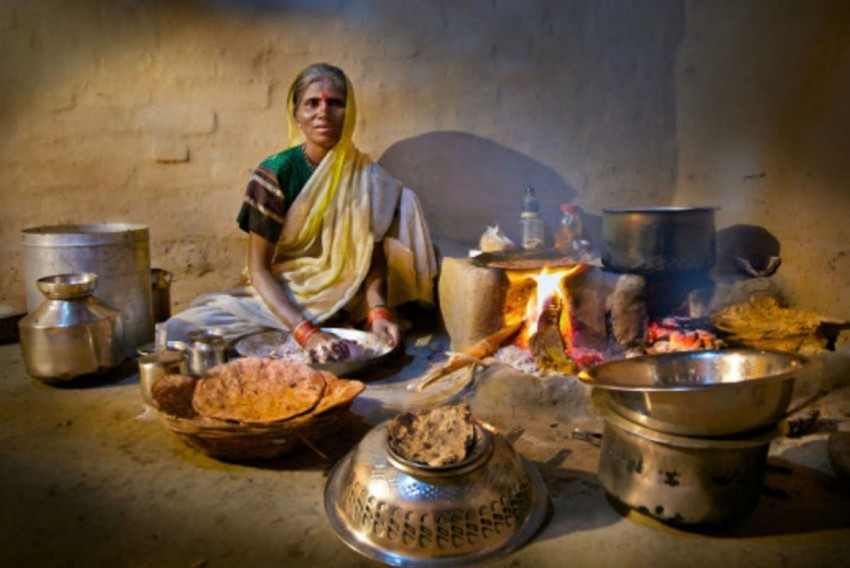 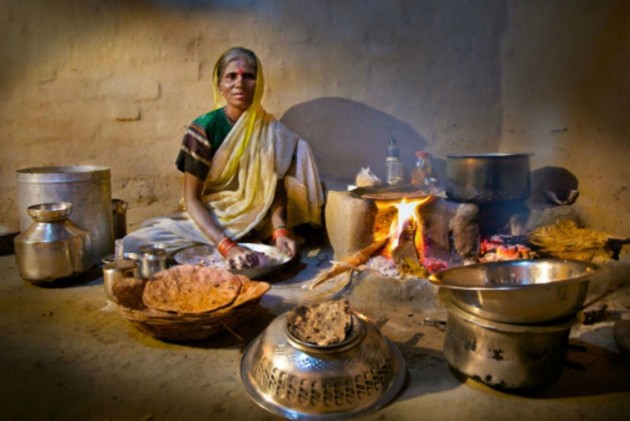 “I used to feel weak and dizzy constantly,” says Shakuntala Devi of village Ukrimari, Jharkhand, “but after cooking in my iron kadhai (wok) for four to five months, I started feeling much better.” The other members of her Self-Help Group (SHG) nod, and share their own stories of how cooking in iron vessels has helped them improve their eyesight, headaches, joint pains.

It’s February 2019, nearly three years since I joined the team working on the health intervention that helped facilitate the decision of this SHG – and several others across the country – to buy iron kadhais.

A multi-partner intervention anchored by Transform Rural India Foundation (TRIF), it aims to trigger transformation of villages by adopting scientific practices around health and nutrition along with access to quality public health services. To help facilitate such a process, TRIF brings together organizations that are experts in public health as well as livelihoods. 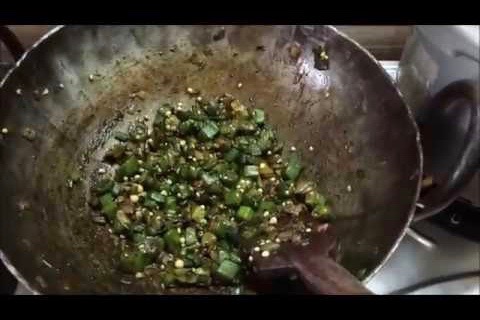 The first step is to work with women in organized rural collectives and develop their knowledge on health and nutrition. Each collective selects a volunteer – called a Change Vector (CV) or ‘badlav didi’ – who is then trained using modules on reproductive and child health, nutrition, and communicable/endemic diseases, developed by a consortium of technical organizations. The CV in turn trains her peers during the monthly SHG meetings.

As part of the team compiling the health modules, I remember working on multiple drafts of the chapter on nutrition: writing about the importance of a balanced diet, green vegetables, how consuming citrus helps absorb iron. And adding this suggested course of action – that women from each SHG buy iron kadhais together and cook in them – in the last draft of the module at the suggestion of the project’s technical lead, Dr. Vandana Prasad.

A few short months after the first round of trainings was completed, we heard stories from the field, beginning in Torpa, a block in Khunti district, Jharkhand. Sanjay Manjhi, a shopkeeper in Torpa town, says, “Usually, I stock just a few pieces, as I would sell a couple every month. But in late 2017, so many women came looking to purchase a kadhai…Over a thousand! I got as many as possible… I sold over 300 pieces!”

In Torpa block alone, at least 1,200 women purchased iron kadhais, while the number across Jharkhand has climbed to 2,300.

The prevalence of anaemia amongst adult women and children is a topic of widespread concern in India. According to the Fourth National Family Health Survey (NFHS-4), in 2015-16 over 67% of adult women in rural Jharkhand suffered from anaemia. 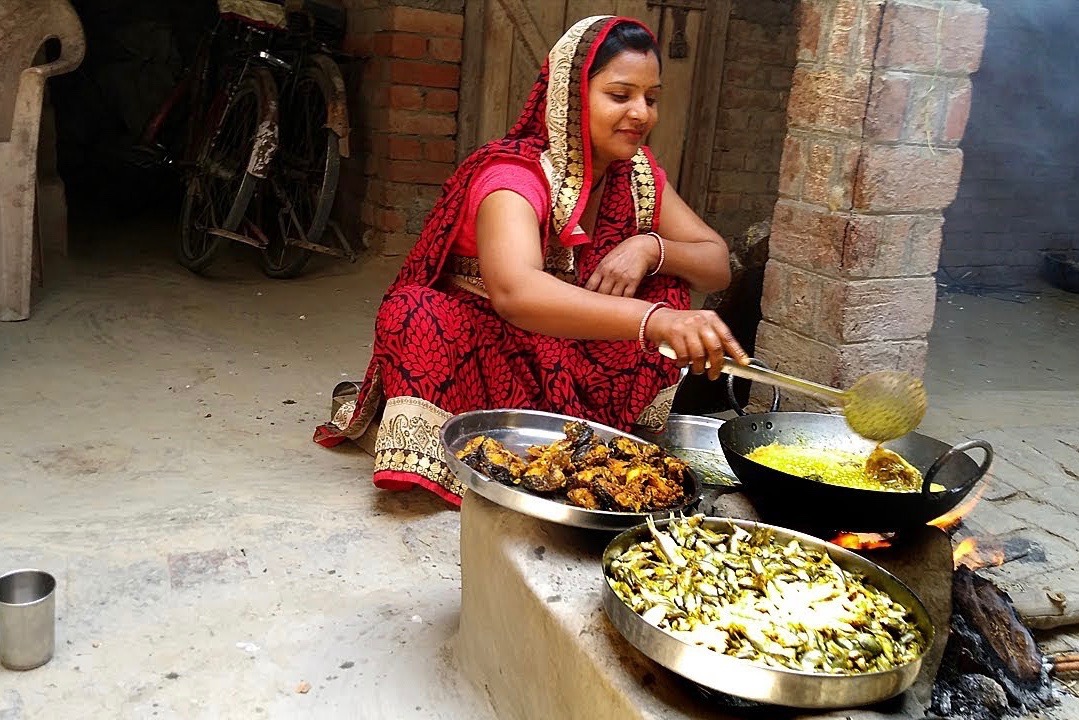 Scientific literature also indicates that cooking in iron vessels can have a positive impact on the absorption of iron, and consequently, anaemia. However, these conversations are largely limited to urban spaces. As part of the team working on this health intervention, I was curious about why this particular suggested course of action – among hundreds of others – was the first to be taken up by so many women.

What motivated them, and what were the contextual factors that enabled it to become successful?

Awareness of anaemia and the suffering it causes is one factor, according to Sunil Thakur, the Block Coordinator in Torpa, Khunti district. He says, “Torpa is an area severely affected by anaemia. PRADAN (Professional Assistance for Development Action) had organized some health camps, where it emerged that a majority of the women have symptoms like dizziness, weakness, constant fatigue.”

Rahul, who heads the intervention in Gola block, Ramgarh district, says that government health workers such as ASHAs (Accredited Social Health Activists) take active part in SHG meetings, and constantly talk about the importance of iron tablets. Hence, when iron kadhais were suggested as a means to fight anaemia, the message struck a chord.

Women in Murudih village of Gola block said, “We had been suffering for so long… When the meeting took place, we thought maybe cooking more green vegetables in iron kadhais would help us.” Hence, the work done by the government as well as NGOs – in this case, PRADAN, which seeded and mobilized these SHGs several years ago – provided fertile ground for this movement to take place.

The fact that iron kadhais are a culturally accessible, locally available solution also prompted women to invest in them.  Lakshmaniya Devi, an ASHA worker says, “Our elders used to say that it is good to cook in iron kadhais, so when we were told about these in trainings, we found it easy to go back …” 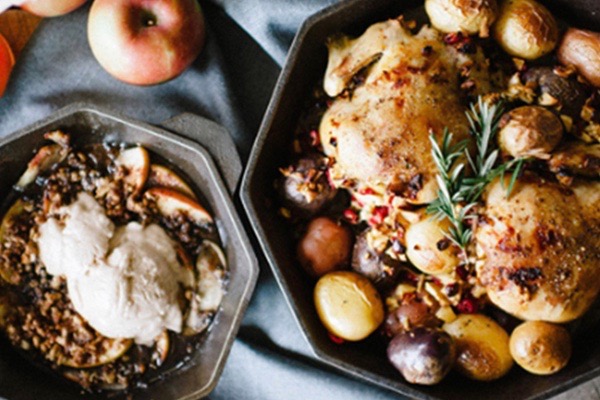 Cultural and contextual factors aside, the backbone of this movement is the strength of women’s collectives. Some of the SHGs who decided to buy kadhais have been meeting, saving money and taking joint decisions for decades. Take, for example, the barrier of cost: a small iron kadhai costs Rs 150-200, while a large one costs Rs 300-400. An SHG member from Auradih village in Gola explains, “There are 15 members in our SHG…if we had to each decide individually, then only 2-3 women would be able to buy the kadhais because they are expensive. We decided to withdraw a lumpsum from our collective savings so that everyone got a kadhai.”

Not that there haven’t been any hiccups along the way. Sonia, who lives in a remote village in Torpa block, cooked in her iron kasha for the first time when she had guests. The food she served was black in colour, which resulted in an argument with her husband. The next day, Sonia borrowed the nutrition module from her neighbour – a Change Vector – and showed it to her husband, explaining that the black indicated the iron in the food. The couple has recently bought a second kadhai together. 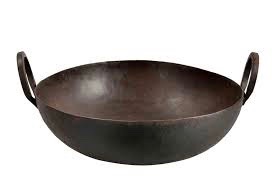 Sonia’s story points to the key reason why this movement has sustained and been effective. In every village we visit, women share stories about how this measure has improved their health, given them the strength to work longer hours. They continue the discussion, reflecting on how they developed anaemia because they were married too young, and how their daughters should not suffer the same fate as them.

Slowly but surely, these women are cooking their way to change, transforming their health and lives.

(Kandala Singh is a public health practitioner and part of the Public Health Resource Network (PHRN).