Congress Leader Priya Ranjan Dasmunsi, Who Was Hospitalised Since 2008, Dies

The former MP and information and broadcasting minister was admitted to the Apollo hospital in 2008 after he suffered a stroke and a paralytic attack. 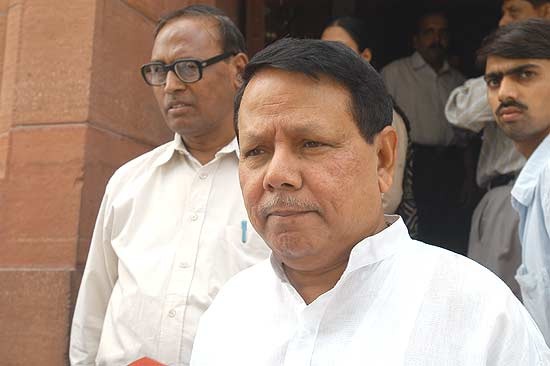 Senior Indian National Congress Party leader and MP Priya Ranjan Dasmunsi, who had been in Delhi's Alpollo hospital in critical condition since 2008 died on Monday.

The former MP and information and broadcasting minister was admitted to the Apollo hospital in 2008 after he suffered a stroke and a paralytic attack.

"He had been critically ill since the past one month and succumbed to the illness at 12.10 pm. His family members including wife Deepa Dasmunsi and their son were at his bedside at that time," Apollo hospital authorities said.

Dasmunsi was President of Indian Youth Congress in West Bengal from 1970 to 1971. He entered the Indian Parliament in 1971. He became a minister for the first time in 1985, when he was sworn in as Union Minister of State, Commerce. Within his home State, he was known for his strong anti-Left credentials.

He was the cabinet minister in Ministry of Parliamentary Affairs and Ministry of Information and Broadcasting during the first term of Prime Minister Manmohan Singh. Dasmunsi was heading the All India Football Federation (AIFF) when he was taken ill.

Temple In Ayodhya, Mosque In Lucknow, Proposes Shia Waqf Board