The Australian experience has been fairly positive since mandatory voting was introduced in 1924. Turnout consistently remains high at above 90%. 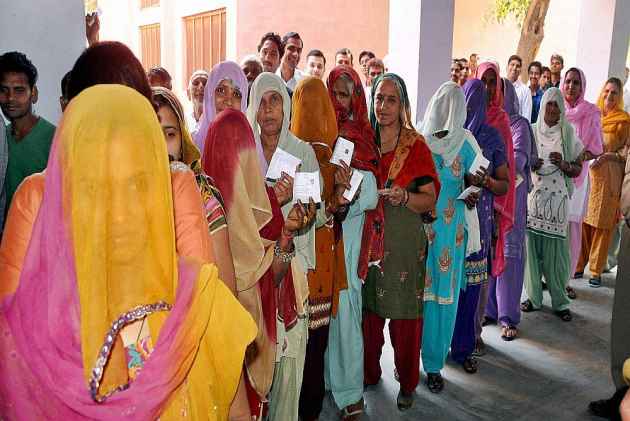 Australia is somewhat unique in being one of the few advanced democracies (and the only English speaking country) to compel its citizens to vote. A number of other established democracies have shown interest in the idea but are yet to take it up. These include the United States of America and New Zealand.

This week as the Gujarat government moves to make voting compulsory in local body elections, Election Commissioner H.S Brahma queried the logistics of dealing with abstaining voters through punitive measures such as fines and jail time. From India’s perspective, he has raised a valid point. With a population as massive as ours, punitive measures may involve dealing with several million people. As a system this works far better when you are dealing with smaller, better connected populations such as Australia’s 22 million people.

The Australian experience has been fairly positive since mandatory voting was introduced in 1924. They had adopted compulsory enrolment in 1912. This alone did not improve voter turnouts as the numbers stayed around the 50 % mark between those years. But once voting was made mandatory in 1924, the voter turnout increased to an extraordinary average of 91.35%. This indicates that simply being on a list will not make people turn up to a booth on election day. Whereas making it a law and ensuring non compliance is punishable by a token fine of $20 and/or a day in jail will see larger attendance.

Critics of the compulsory voting system such as Libertarian Jason Kent see it as a barrier to the democratic process. They argue that freedom of choice should definitely include the freedom to choose. They abhor the equating of voting with other civic duties such as education, paying taxes, citizenship or jury duty.

But Professor Peter Chen of the University of Sydney’s Politics Department warns of the pitfalls of this school of thought. In his opinion, showing up to vote every few years is far less of a burden that being asked to pay taxes each year.

Worldwide there has been a decline in voter turnout in recent years but Australia’s numbers remain consistently high at above 90%. In the last Federal election in 2013, this number reached 93.34% in the House of Representatives and 94% in the Senate. This includes the over 1.3 million voters who posted their votes and the over 3.2 million Australians who voted early, either at a booth or by post. Without compulsory voting a large number of these could quite possibly have abstained.

One benefit of mandatory voting in this country is the political education and drawing out of the marginalized voters. They are more involved in the process of electing their own representatives. A better run country works in their favour in the long run while abstaining from voting only ensures that their voices are not heard in Parliament. As Rohan Wenn, from the non-partisan political advocacy group Get Up! puts it, ‘If you look at the international experience, in non-compulsory voting systems, the people who don't vote are the poor and disenfranchised and those are exactly the people we think should be voting.’ The inclusion of all citizens of voting age in the election process has the added benefit of making democracy more inclusive. If only certain sections of a country’s population were allowed to vote, democracy would soon be replaced by oligarchy.

In case of Australia, it has been lucky in largely escaping the global financial crisis and this tends to lull a large number of citizens into a false sense of security. As commentator and conscientious abstainer Paula Matthewson has said, ‘..If we moved to a voluntary system, with the level of disenchantment and disengaged voters we have now, no one would vote.’ Mandatory voting ensures that these sections of society are involved in the electoral process.

The most important consideration when discussing mandatory voting is whether or not voting is vital at all. Does it matter if only a small number of people decide who should lead a nation and create its laws? The answer to that question must be a yes. It does matter. A country becomes an oligarchy if the election of government is left to a small group. Democracy means “power in the hands of the people” and this means all the people. The true meaning of democracy explains that citizens have both rights and responsibilities to their community. Voting is a civil responsibility that must be fulfilled in a working democracy. When one does not vote, one cannot complain if things go wrong.

Therefore voting is a necessity. Compulsory voting is a way to make voting better and more democratic by assuring people participate. If it works for other countries, it could work for ours as well.

A high school mathematics teacher in her other life, Ruma Chakravarti is an avid blogger, writer and people watcher. She currently lives in Adelaide, Australia with her family which includes three children, one dog, one rabbit and one bird.