It seems like interesting times for documentaries chronicling the struggles of people on critical issues. What’s more they have also been able to reach out to the audiences. 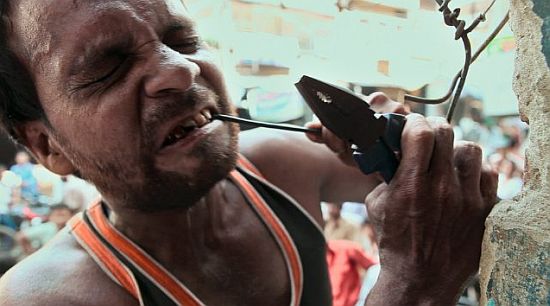 Katiyabaaz is a documentary that could have been a feature film. Colourful characters in search of better destinies, their personalities, traits and quirks, conflicts and clashes and triumphs and failures tell a unique, compelling story which several of our popular films seem to lack. The setting is the industrial town of Kanpur, polluted by the many diesel generators and with a skyline that seems to have been completely swept over by a maze of tangled, illegal wires. Beneath this mesh plays out a mammoth struggle for electricity that is as real as it is bizarre. Deepti Kakkar and Fahad Mustafa's film that plays in the Mumbai International Film Festival this week captures a slice of this strife.

The unlikely, almost larger than life lead is Loha Singh, the Katiyabaaz, that is, the guy who fixes the katiya or the illegal wire to help people steal electricity. Pitched against him is Ritu Maheshwari, the MD of Kanpur Vidyut Aapoorti Company Ltd, ie Kesco, bent on knocking off the illegal connections and taking on the non-paying consumers. Both think they are right in what they have been doing. The facts, however, lie somewhere between their individual truths. According to Loha the incompetent and corrupt Kesco has forced the honest citizens to turn thieves. The frequent faults, broken down transformers and long outages leave them helpless. On the other hand, Maheshwari thinks that government can’t subsidize electricity beyond a point and the losses have to be made good for ensuring better supply in the future.

It builds up to an all too familiar burlesque show: the battle begins with Kesco raids, tempers soar, street wars erupt and the local MLA steps in to play his political card. Things reach a peak with the elections and the associated promises of change. But in the darkly comic end nothing really alters. Maheshwari gets transferred to Pilibhit. Much against his mother’s wishes Loha’s life continues to hang by those wires. And Kanpur continues to live with outages as long as 16 hours a day.

If Katiyabaaz shows Kanpur’s struggle to gain power then Konkanchi Mega Vaat focuses on Konkan’s efforts to nix it. Kurush Canteenwala’s probes into the public’s opposition to the 24 thermal power projects that are being proposed in the Ratnagiri and Sindhudurg districts. It’s evident that the resistance comes for some good reasons: for the sub-critical technology, the adverse health and environmental impact, destruction of plantations and mango crop in what is the second most bio-diverse region of the country and the home to the treasured Alfonso. “We are not objecting for the heck of it but because of real problems,” says one of them. The rivers have been polluted, 500 year old wells contaminated with chloride, forests encroached upon, lands illegally acquired. The moot question is: Why doesn’t the Pollution Control Board take action against the power units? Why aren’t the so-called developmental activities being monitored? Are they safe enough? Most importantly when the Zilla Parishads, Panchayat Samitis, Gram panchayats have said no to the projects, why are they still being given a go ahead? Why are the local governments not being heard? The film, that seeks answers for several such significant questions, is categorical in its assertion: neither increased compensation nor rehabilitation for the villagers, only a big no to power plants in Konkan. The film is available on YouTube and can be freely copied and distributed. 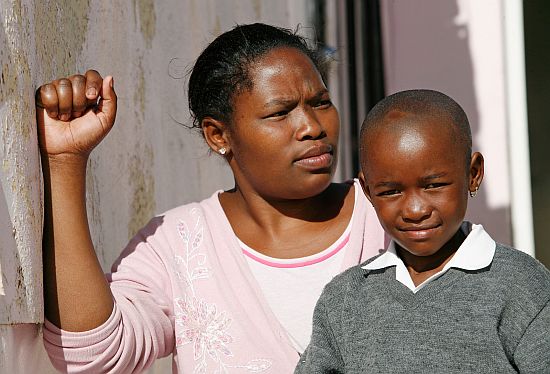 It seems like interesting times for documentaries chronicling the struggles of people on critical issues. What’s more they have also been able to reach out to the audiences. Last week the much celebrated Fire In The Blood made it to the theatres. Selected in the documentary competition section for the Sundance film festival, it is a painstakingly researched probe into the monopolistic world of leading global pharmaceutical companies that is creating a lopsidedness wherein "drugs are where there are no diseases and diseases are where there are no drugs".

It focuses on how Western pharma companies were instrumental in the denial of access to vital, low cost AIDS drugs in Africa which led to the death of about 10 million patients. It's about the politics, the economic disparities, the unfairness embedded in their blatant corporate profiteering. And it's about a group of people who followed their conscience, decided to intervene and fight it out to get the medicines to the poor.

The film sticks to the conventional news documentary format—in depth testimonials and interviews from patients as well key people like Bill Clinton and Desmond Tutu, interspersed with footage of significant events, protests and conferences—to provide an informed and engaging perspective. India shines for being in the forefront of the fight against the patents raj as does Dr Yusuf Hamied of Cipla, a follower of Gandhi and his principle of self-reliance, who made generic AIDS drugs available to the poor at rock bottom prices.

Where The Heart Wants To Be