Civic Bodies In Delhi Failed To Clean Even One Area Of The City: High Court

"Can you stay in a place like this (which lacks cleanliness)? You expect the public to live in such areas," the court asked the officials. 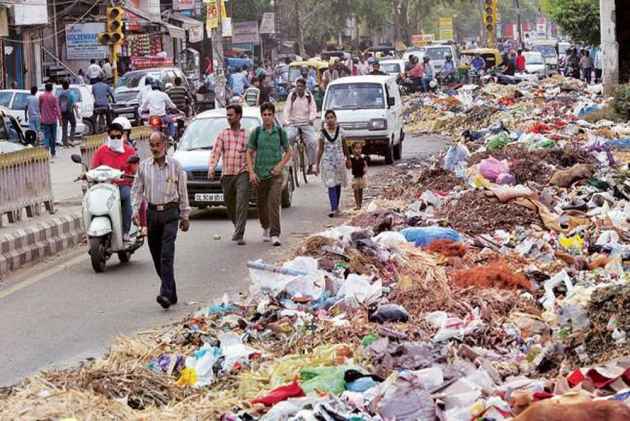 The civic bodies of the national capital have not been able to keep even one area of the city completely clean, the Delhi High Court said on Wednesday.

Despite corruption charges levelled against the BJP, the party had swept elections for the three municipal corporations of Delhi, winning an absolute majority in each of them. The party had won a total of 181 of the 270 wards to which polls were held on April 23. The Aam Aadmi Party (AAP) – which came to power with a thumping majority in the Delhi assembly just two years ago -- came a distant second with 48 wards, the Congress made significant gains in pockets from which it had been completely wiped out in the 2015 elections – and won 30 seats.

"You take one step forward, then four steps back," a bench of Justices S Ravindra Bhat and Sanjeev Sachdeva told the civic bodies and asked their officials whether they would themselves stay in areas where there is no cleanliness and garbage is littered on the streets.

"Can you stay in a place like this (which lacks cleanliness)? You expect the public to live in such areas," the court asked the officials.

It also said that in 2015, it had asked the civic bodies to identify one area of the city which will be completely cleaned by them, "but you have not been able to do so".

The bench then combined together all the PILs relating to cleanliness in the national capital, waterlogging as well as manual scavenging, and appointed senior advocate A Bhambani and advocate Richa Kapoor as amicus curiae to assist the court in these matters.

It asked the amicus to prepare a tabular chart listing out the orders passed in each of the PILs, the dates and the status of compliance or implementation of the directions.

With these directions, the bench listed the matters for hearing on November 21.