However, he did not stress on the doing away with the church's most stringent celibacy rule. 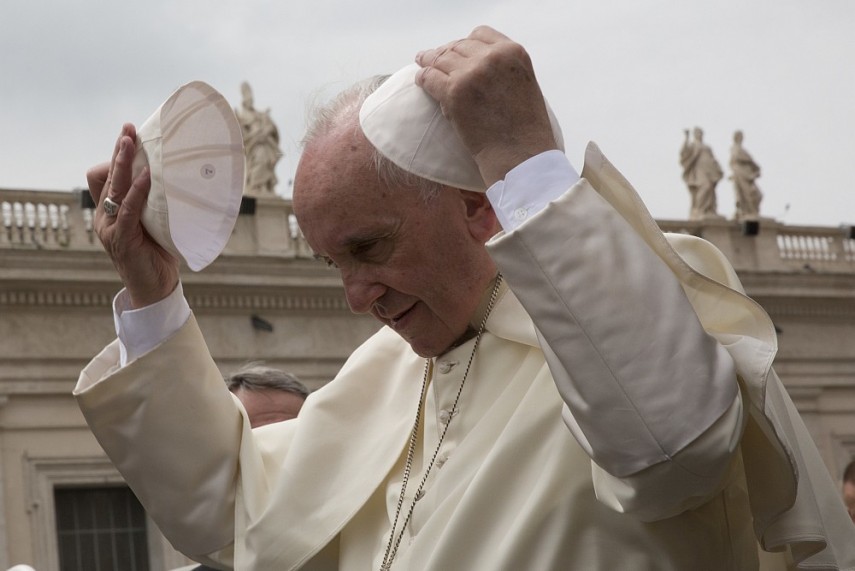 The Pope said in an interview published in Germany's Die Zeit on Thursady that the church might consider ordaining married men who could work in rural areas where there are few priests.
According to an Associated Press report, Pope expressed his openness to studying whether  so called 'viri probati'--or married men of proven faith--could be ordained. However, he did not stress on the doing away with the church's most stringent celibacy rule.
"We must consider if viri probati is a possibility. Then we must determine what tasks they can perform, for example, in remote communities," he was quoted saying.
Pope has reportedly received many proposals asking to allow the practice. Brazilian Cardinal Claudio Hummes, is also pressing for allowing viri probati in Amazon where thee church counts around one priest for every 10,000 Catholics, the report further added.
Read also: The Sins Of Our Fathers
According to a 2015 report, Pope considered the law on priestly celibacy 'archaic and 'not part of the doctrine of the Church.' But the issue still remains one of the most debated topic amongst the Catholics.
Pope Francis in May 2014 said that "there are married priests in the Church" citing married Anglican ministers who joined the Catholic Church, Coptic Catholics and the priests of some Eastern churches.
Considered to be one of the most progressive 'head of the church', Pope Francis has shook the Catholics around the world with his stunning remarks on homosexuality, climate change , abortion, etc. It would be interesting to see how his latest comment on the age old rule would go down with the consevatives.