Chris Gayle is yet to play a match for Kings XI Punjab in IPL this season. The Jamaican master-blaster has not been keeping well in UAE. 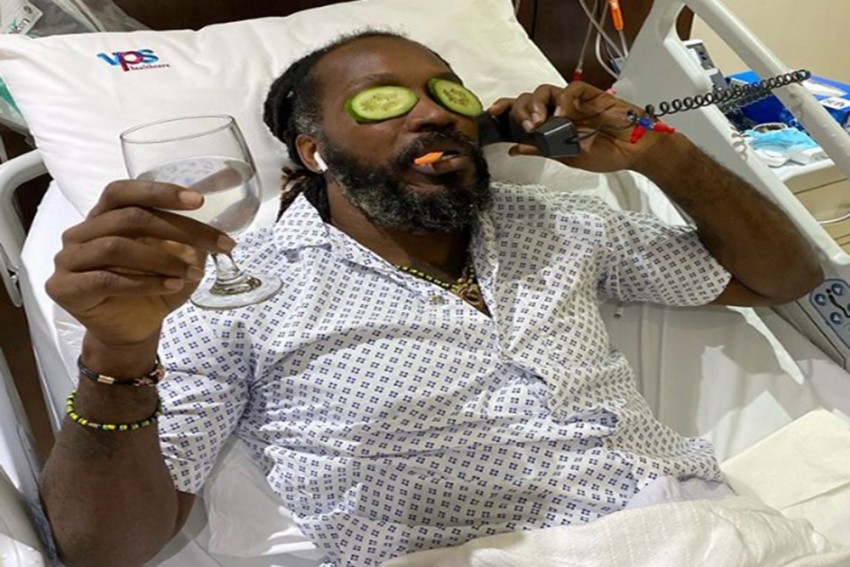 Chris Gayle has been on the sidelines. Kings XI Punjab have not been able to accommodate him in their Playing XI so far in IPL 2020.
Instagram
Outlook Web Bureau 2020-10-11T10:12:39+05:30 Chris Gayle In Hospital As Kings XI Punjab Continue To Embrace Defeats In IPL 2020 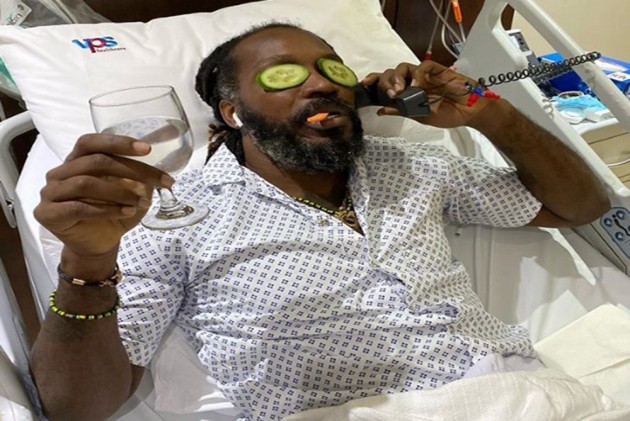 Chris Gayle, who calls himself the 'Universal Boss of cricket', has ended up in hospital in UAE. The Jamaican, who is yet to play a match for Kings XI Punjab (KXIP) this Indian Premier League (IPL) season, was scheduled to play his first game against Chennai Super Kings (CSK) on October 4 but KXIP coach Anil Kumble said Gayle had "food poisoning."

Within a few hours of KXIP losing their sixth match from seven games in IPL 2020, Gayle informed his fans through social media that he has landed up in the hospital. But like always, Gayle was in a cheerful mood saying, he will "never go down without a fight."

Gayle posted: "I Am The #UniverseBoss - That will never changed!! You can learn from me...but its not everything I do you should follow!! Don’t forget my style and flare too!! #LivingDiLife #Always"

I can tell you this!!! I will never go down without a fight!! I Am The #UniverseBoss - That will never changed!! You can learn from me...but its not everything I do you should follow!! Don’t forget my style and flare too!! #LivingDiLife #Always ðÂÂÂÂÂÂÂÂ¯ðÂÂÂÂÂÂÂÂ² Thanks for all your concerns peeps, much appreciated âÂÂÂÂÂÂÂÂðÂÂÂÂÂÂÂÂ¿âÂÂÂÂ¤ï¸ÂÂÂÂðÂÂÂÂÂÂÂÂÂÂÂÂðÂÂÂÂÂÂÂÂ¿ (I really was on a phone call) ðÂÂÂÂÂÂÂÂÂÂÂÂ 

KXIP are having a horror run in IPL 2020. The team's batting has lacked depth and completely dependent on openers KL Rahul and Mayank Agarwal.

The team's overseas players, especially Glenn Maxwell, has been a big failure and perhaps Gayle's presence could have done the trick. KXIP lost by two runs against KKR from a winning position.

"I have no answers. We just need to keep coming harder in the next seven games," said a disappointed KXIP skipper, Rahul.

"We bowled really really well. This was a fresh strip so we didn't know what were good lines and lengths. And the bowlers adjusted really well. And they were brave at the death too.

"Don't think we were satisfied at any stage in the chase. You are satisfied only when you win the game. Towards the end, we kept losing wickets, and couldn't get us over the line."

With little to choose from, KXIP will be happy to get the Gayle boost. They play Royal Challengers Bangalore on October 15 in Sharjah.

Sunil Narine Pulled Up For Chucking, Kolkata Knight Riders Could Lose Him For Entire IPL 2020