Can The Congress Be Reinvented?

Sonia and Rahul need to listen to candid views, especially those at variance with their thinking, instead of living in their very own echo chamber. 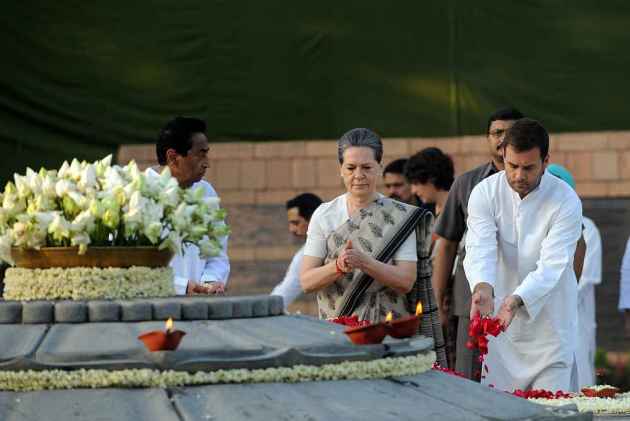 Here's a trick question. Is it possible for the Congress Party to reinvent itself without disturbing the Nehru-Gandhi dynasty? Because if the reinvention has to take place it must be within the parameters of family rule. As the CWC on Monday demonstrated, Congressmen and Congresswomen will not countenance even the thought of Rahul or Sonia stepping down. I have long argued that if one is a Congress supporter, one must learn to accept dynastic rule. It is appalling, but it is a reality.

The matter of family indispensability has become complicated currently since dynasties too have a responsibility, especially a dynasty not imposed by military or civilian dictatorship. And that responsibility is to deliver. Indira Gandhi did, so too did Sonia in 2009 and 2014. However, the defeat suffered by the party on May 16 is of a magnitude and scale which should leave even Sonia squirming.

In any other party in the free world, there would have been a spate of resignations. Predictably, after a few days of talk in the media, and "party sources", the issue has gone cold. Today, the 10 Janpath dispensation may be slightly weakened but it is very much in control, and likely to stay in control.

So, back to my trick question: Can the party be reinvented? It is hardly a secret that Congresswallahs of all vintage and stature "crawl" in front of the Gandhis. Journalists have had the unhappy opportunity of watching how party leaders humiliate themselves in front of Sonia and Rahul.

Their back is seldom straight. The Gandhis may occasionally listen to the stalwarts and sometimes give them a long rope, but once Sonia or Rahul have spoken, all discussion on the subject ceases. The "last word" has been uttered. This is sometimes called the "glue" and it has limited uses. I have heard BJP leaders often lament the absence of "glue" in their party leading to a cacophony of voices speaking on a single issue. However, my topic is the reinvention of the Congress party, not the BJP.

One way of energising and reviving the party is to let a thousand flowers bloom. For Rahul to lock himself away in Tughlaq Lane and work in secrecy relying on the expertise of four or five of his acolytes is a recipe for disaster. The one occasion I met Rahul Gandhi some months ago I advised him to seek out the widest possible opinion in and out of the party. He was surrounded by a few underlings who seldom spoke, and when they did, it was only to endorse what the boss was saying. For Congress leaders entry into Rahul's war-room is by invitation only.

Not just in journalism, but in politics, honest debate and dissent are the lifeblood of the profession — a way of arriving at the truth. Sonia and Rahul need to listen. And they must be prepared to be overruled without feeling a coup d'etat is in the offing. The top leadership must encourage party leaders to express their views candidly, especially those at variance with the thinking at 10 Janpath. Presently, instead of debate, we have a Sonia/ Rahul echo chamber.

How many strategy sessions with senior leaders were held by Rahul to formulate the party's election campaign? Did anyone in the party tell Rahul that corruption as an issue sits badly on his lips? Was the usefulness of Rahul using the family name and emphasising family sacrifices thrashed out? Were the implications of 100 million new voters entering the register fully discussed? A campaign planned in secrecy and in stealth, besides being an insult, is counterproductive for a 127-year-old party.

The "old guard" may be on walking sticks but some of them understand India from the ground. Most do not know how to use a computer so they cannot key in data and emerge with the right answers. Sure, many may have vested interests. However, a shrewd leader knows how to tap experience and bin the rest.

My reinvention formula has about a 50% chance of success because it is based on the assumption that the Gandhis cannot be touched. This poses severe limitations on creating a blueprint. Some leaders, anyway, prefer to rely on the time-tested method: oppositions don't win elections, governments lose them.

This was first published in the Economic Times