Mamata can certainly stake more claim to the Prime Ministership for the simple reason that the idea is not completely unheard of. 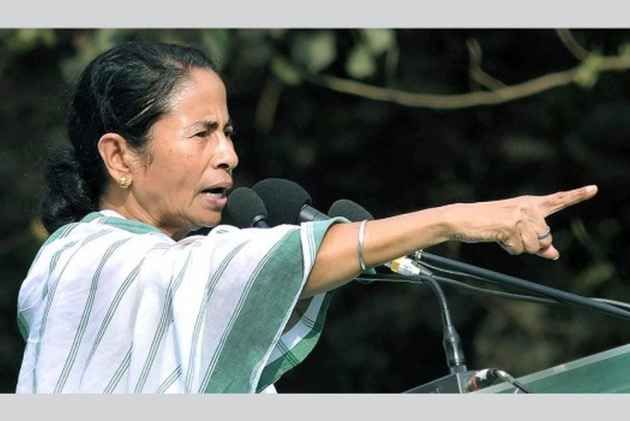 In politics nothing is impossible and so I cannot rule out the possibility that Mamata Banerjee can become the Prime Minister someday. More unlikely candidates have made it to the post. Deve Gowda or IK Gujral were not national players before they found themselves heading the nation. Mamata can certainly stake more claim to the Prime Ministership for the simple reason that the idea is not completely unheard of. She has been a prominent member of the Congress and she has founded her own party which is currently ruling a state like West Bengal. She is at least visible. She has charisma.

However, having said that, I think it is highly unlikely in any foreseeable future. The discussion had come up before the Parliamentary elections of 2014 when leadership issues were being debated. There was a dearth of powerful opponents to the then BJP candidate, Narendra Modi. The idea was put into her head by her close coterie and she began to nurture hopes. She had at that time spoken of forming a Third or Federal Front, non-BJP and non-Congress, comprising regional parties and had sent out signals to everyone from Mulayam Singh Yadav to Jayalalitha and Mayavati. She managed to get the backing of a few respected members of society including Mahasweta Devi.

Her strength was the large number of MPs she commanded after ousting the Left in the Parliamentary elections of 2009. She felt that she had the bargaining power. In fact, she aimed at increasing the number of MPs in the 2014 elections so that she could be one of the prime candidates for the top post. It is another matter that no one responded to her call. Samajwadi Party kept giving her mixed signals and in the end proved unreliable. Mulayam went to the extent of going ahead and supporting the Presidential candidate, Manmohan Singh, whom she had opposed after making it seem that he would side with her. Even more of a letdown for her was the way that Anna Hazare had left her high and dry and didn’t turn up for mega pre-election rally that they had jointly announced in Delhi before the elections of 2014.

These incidents put an early dampner on her aspirations. But she is a clever politician and knows how to bounce back. She has not given up on the idea of Prime Ministership. She has continued to garner support with other leaders of regional parties. Kejriwal, Laloo and Akhilesh Yadav have all been invited by her at different times and shared the stage with her in public forums. She has also renewed the calls for the formation of a Front to oppose the BJP and was one of the most active politicians during the discussions of presenting a united fight to the BJP next year. She has met the Telegana chief minister too in this regard.

But what Mamata should keep in mind is that the regional leaders are all eyeing the coveted Prime Minister’s job. It will certainly not be a cakewalk for her to wrest it from say Mayawati or Mulayam Singh Yadav in the unlikely scenario that such a front will be formed and they will be able to command enough numbers to challenge the BJP.

Mamata of course knows this. This is why her focus has been to increase her strength in Parliament. If she can win all 42 seats, that is what she wants to do.

The Panchayat elections have been an indication that the Trinamool can go to any lengths to ensure victory. It has surpassed all previous records in terms of violence. During the Left Front rule the rigging was more sophisticated. It was called “scientific rigging” and involved a number of methods. At the first stage during preparation of voter lists, cadres ensured that names of voters who were likely to vote against the Left was struck out. Next came the “booth jamming” when party workers dominated the booths for hours until voters got tired and left because how long can one stand in a queue? They also false-voted but these were usually the votes of absentees. Not that there was not intimidation and physical attacks but not to this extent. This is unbridled terror.

There are stakes in controlling the Panchayat governments. Mostly it is about controlling the funds. The concerted effort to ensure that a sizable percentage of the seats go uncontested – 34 percent – is also significant. When the Panchayat is formed and if these seats are vacant, the administration, under certain circumstances, is given the authority to appoint the members. This will mean that these will be directly controlled by Nabanna, the state Secretariat.

But the violence can backfire. I think that this image of a state gone berserk is not going to help Mamata as its leader. If she is still nurturing ambitions for a national role, it is damaging to her chances. But to be honest I feel that she no longer has complete control over the unruliness that we have witnessed during these past days. It is now in the control of goons on the ground and they have become her Frankenstein’s monster. Which is why we haven’t heard much from her recently. No condemnation of the violence. Nothing.

The nation may not want to see her as Prime Minister. When she sold the Poriborton dream to her state, the people of Bengal believed that she could usher in change. The intellectual were with her. The masses were with her. She had the support of a vast cross sections of people. But the outcome has been vastly different from what was expected. So only commanding the numbers in Parliament may not do the trick. But as I said earlier, anything is possible in politics.

(The writer is a political expert in Bengal. Views are personal)