Referring to one's significant other by a name that is actually not their name is a fun game everyone can play. 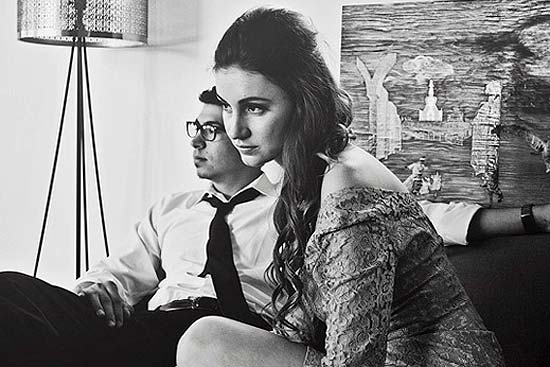 When Beyonce and JayZ decided that their emotional and physical union was so snug that the word babe was too capacious for it, the word Bae was born. Today, as a form of address and term of endearment for one's significant other, Bae has become the new rage. So all the kids are now calling their boyfriend or girlfriend Bae, and moonily explaining to their uncomprehending parents that these sheep sounds (emerging from the mouths of er.. baes) mean, "Before Anyone Else".

Indian parents should actually not be dumbfounded at all. In this, as in everything else, the West is just discovering what our ancestors have always known — referring to one's significant other by a name that is actually not their name is a fun game everyone can play. Traditionally, Indian wives, to show respect and deference would avoid uttering the names of their husbands and other male members of the family. The taboo extended so far as to even unrelated words or syllables with a similar sound to the forbidden male name.

This was the cause of much good natured ribbing and merriment by irreverent kids in the household. A grandfather whose name was Tarachand meant that no woman in the house could ever point to a star and call it by its name — which of course made the hunger for astronomical knowledge amongst the children both critical and urgent. Since even similar words were not exempt, the poor hapless woman who wanted to send a telegram (a taar) to someone, was reduced to lisping some homophonic words to the bewildered postmaster. A Hari Singh in the family spared the children of that house from the inevitable hectoring and lecturing from the womenfolk to "finish up the greens."

Avoiding using the given names of husbands was all very well, but given that it could get mildly tedious to go through life without being able to address ones spouse directly, women with varying levels of piety, exhibitionism and ingenuity chose different naming constructs. Apart from comprehensively proving the Vedic origins of the Harry Potter series, (c'mon — where do you think He Who Must Not Be Named came from?!) these No Name Formulae have been as good a measure as any at locating the loving couple on a spectrum of romantic expressiveness, liberality, education and creativity.

The simplest formula was followed by the most devoted — who replaced the name and mode of address entirely with expressions intended to convey their total deference. "Sunte ho ji?" (Are you listening, dear?) was the most common in the North, portrayed repeatedly with stomach churning levels of devotion on celluloid by Nirupa Roy. And, generations of Indian men have responded to their wife's plaintive summons and perpetual question (Sunte ho?) with a grunt, when a "no" would have probably been a more honest answer.

Another formula was to refer to the husband's profession — so Doctor Saab, Masterji, Vakil Saab etc have all been used by quiveringly pious wives as terms of endearment. "Raja" was favoured by those wise women who wished to imply their total devotion and adoration to their spouses — and it was sometimes rewarded by a reciprocal "Rani" from His Royal Highness, the husband. Those who wished to vary the formula simply addressed the husband with a term (literally ANY term) that happened to be handy as a shout out. A few expressive women used "darling," but few less explicable terms like "I say", "Hello" etc. have not been uncommon as husband- name- replacements. Of course every time the phone was answered, the husbands name was invoked ("hello, hello!") — always a handy gauge for wifely devotion.

The arrival of kids traditionally simplified the name conundrum — the term for father was often co-opted by the wife to address her husband. Sometimes the smitten husband returned the favour as well, and started calling the wife Mummy. Typically Papa, Daddy, Mummy etc. aren't words that are invoked in an intimate setting, but generations of Indian couples have obviously done just that, quite happily.

A few slightly more westernised couples adapted the "raja -rani" and "mummy-papa" formula to use other more contemporary terms for their spouses. But being unique and not immediately understood by the unwashed masses, these terms have also caused the most confusion. So a couple who referred to each other in the most egalitarian way as Comrade, have had the ignominy of everyone assuming for decades that they were calling their better half an omelette. "Madame — Monsieur" has been (if you'll pardon my French) bastardised happily to "madam- missyoo"

It wasn't just women who renamed their husbands through the ages. Husbands often leap up to return the favour enthusiastically. Some start? ?off in the most literal fashion — by actually changing the wife's first name as well at the wedding ceremony itself. So it was not uncommon for a Manisha Malhotra to emerge from her own wedding mandap unrecognisable as Simran Chawla. Some husbands went the uxorious "Begum" route, but most were happier to address their wives was Bhagywaan — literally "the lucky one." The number of Indian women who, thus addressed, bit their pallus and muttered "not really" darkly to themselves as they responded, are probably too many to count on the fingers of one hand.

So the next time you address your better half — whether you bleat Bae or Begum or whether you go the Mom- Dad route; or in fact if you tread the abnormally normal path of using their name —know that this freedom too has been hard won. At least you and your better half can point to a star and call it by its name and ask for vegetables of whatever colour you like, without fear of causing Vedic offence. That liberty has to be sweet.