Home  »  Website  »  Business  »  The Curious Case Of Jet Airways’ Balance Sheet: Why Was Company Spending So Much On Sales?

The Curious Case Of Jet Airways’ Balance Sheet: Why Was Company Spending So Much On Sales?

As Jet Airways is all set to take the recovery path, an analysis of its financial statement shows that it spent an abnormally high percentage on sale and distribution which could be a vital reason for losses that the company incurred. 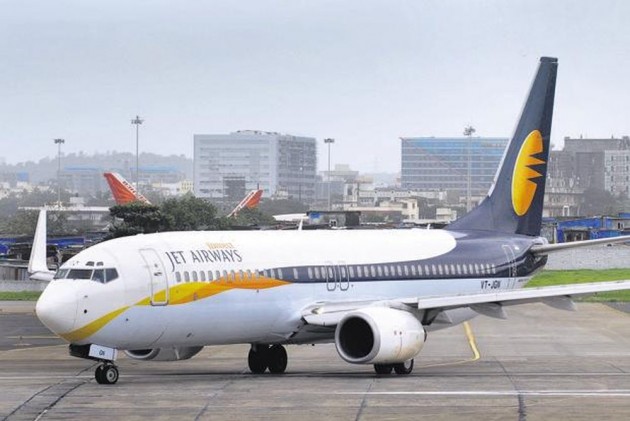 File Photo
Jeevan Prakash Sharma March 26, 2019 00:00 IST The Curious Case Of Jet Airways’ Balance Sheet: Why Was Company Spending So Much On Sales?

Contrary to the commonly held perception that Jet Airways suffered huge losses due to the rising cost of fuel and on account of offering seats below its production cost, the company’s balance sheets show abnormally high expenses on sale and distribution as one of the major reasons for its poor financial health.

The company’s filings with the Ministry of Corporate Affairs for 2017-18 put down its selling and distribution expenses at 12 percent of its total expenditure which amounts to Rs 2826.32 crore.

Well-known chartered accountant Ramesh Dugar tells Outlook that no aviation company spends more than 2 percent on its sale and distribution.

“In the past four years, Jet Airways has paid Rs 9759 crore as commission to agents against the sale of tickets. Going by the industry norm, no company gives more than 2 percent commission while the agents make over the deficit by charging a non-refundable convenience fee from the customer. Hence, the sale expenses should have been around Rs 1800 crore. I believe that is the reason why the company went under a debt of over Rs 8000 crore,” Dugar explains.

The balance sheet of Air India, a loss-making public sector company, has 11 percent of its total expenses towards sale and distribution. However, experts justify the expenditure while comparing it to a private enterprise. “A private company always tries and extracts more out of its sales and distribution initiatives than any government company,” says Jitender Bhargava, former executive director, Air India. “Interestingly, despite high expenses on sale and distribution, the load factor (number of passengers travelled against the number of available seats) of Jet Airways is often lower than Indigo. It should rather have been much higher,” Bhargava adds.

Aviation experts say that Jet Airways expenditure on the commission on the sale of tickets needs to be looked into to ascertain the reasons for its bad financial condition.

A close source to Jet says that the questions on the abnormally high expense on sale and distributions were raised earlier also but the explanation was on the lines of ‘every company has its own tie-ups, collaborations and profit shares with its partner firms.’

Dugar along with other experts say that a forensic audit can establish if there was any financial bungling in the company. D. Sudhakara Reddy, National President & Founder of Air Passengers Association of India (APAI), also demands scrutiny of the company’s financial documents to find out the reasons for the crisis.

“In November last year, the State Bank of India made a statement in November saying that a forensic audit of the company will be done but since then, we haven’t heard anything. My question is: Why is SBI quiet on that now?” asks Bhargava.