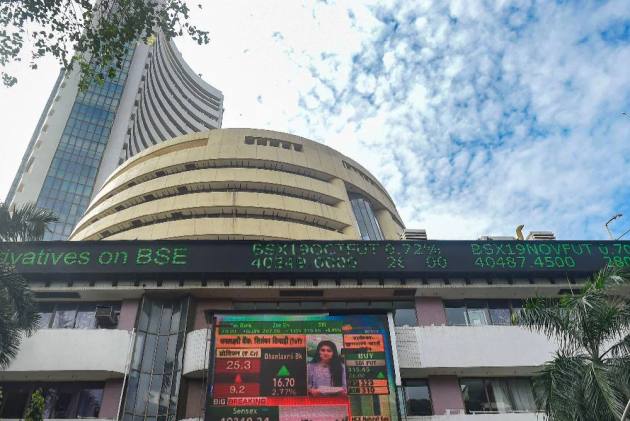 On the other hand, Maruti, Bajaj Auto, HDFC, and PowerGrid were among the laggards.

Foreign institutional investors (FIIs) were net sellers in the capital market as they offloaded shares worth Rs 2,274.77 crore on Wednesday, as per provisional exchange data.

According to V K Vijayakumar, Chief Investment Strategist at Geojit Financial Services, a major trend that has emerged post-COVID is the rise of the retail investor. Retail investors now account for 45 percent of cash market transactions on Indian exchanges, a big jump from 33 percent five years ago.

"During this period the share of FIIs has fallen sharply - from 23 percent to 11 percent. This domination of retail over FIIs is the reason why markets are not correcting sharply even when FIIs sell continuously. FIIs have sold shares worth Rs 6,100 crore this week.

"But it is a fact that most retail investors are driven by sentiments and momentum, not fundamentals," he said.

Meanwhile, in another boost to the bulls, the Fed has kept the rates unchanged and reiterated that it is "nowhere near considering a rate hike."

Also, the bounce back in Hong Kong and Shanghai indices suggests that the Chinese tech sell-off is a temporary issue and unlikely to become a contagion impacting global markets, he added.

In a statement issued after its latest policy meeting, the US Fed said it's keeping its benchmark short-term rate pegged at nearly zero, where it has remained since the pandemic tore through the economy in March 2020.

Equities on Wall Street ended on a missed note in overnight sessions.