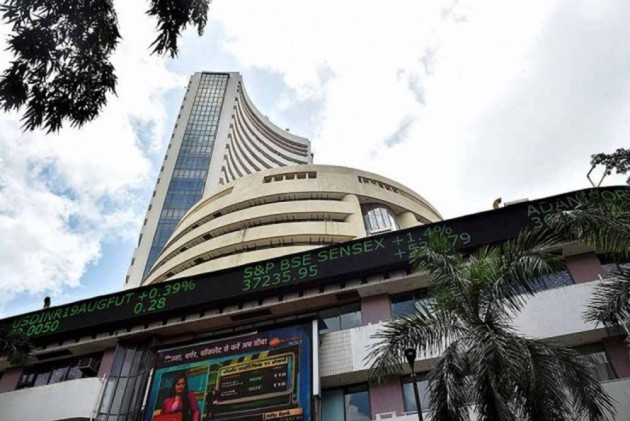 Extending its gains for the third straight session, equity benchmark Sensex jumped over 254 points on Wednesday tracking gains in pharma, IT and auto shares amid largely positive cues.

Bajaj Finance was the top gainer in the Sensex pack, rising around 2 per cent, followed by Sun Pharma, Tech Mahindra, Axis Bank, Bajaj Auto and Infosys.

On the other hand, ONGC, Kotak Bank, ITC, HDFC Bank and PowerGrid were among the laggards.

IT, metals and pharma recorded sharp rebound over 1 per cent, while a strong buying was seen in automobile stocks also.

Elsewhere in Asia, bourses in Shanghai and Seoul ended with losses, while Hong Kong and Tokyo settled on a positive note.

Stock exchanges in Europe were largely trading with gains in mid-session deals.

Meanwhile, the global oil benchmark Brent crude was trading 0.59 per cent lower at USD 67.12 per barrel.