In five days this week, price has gone up by Rs 1.51 per litre for petrol while diesel rate has risen by Rs 1.56 a litre. 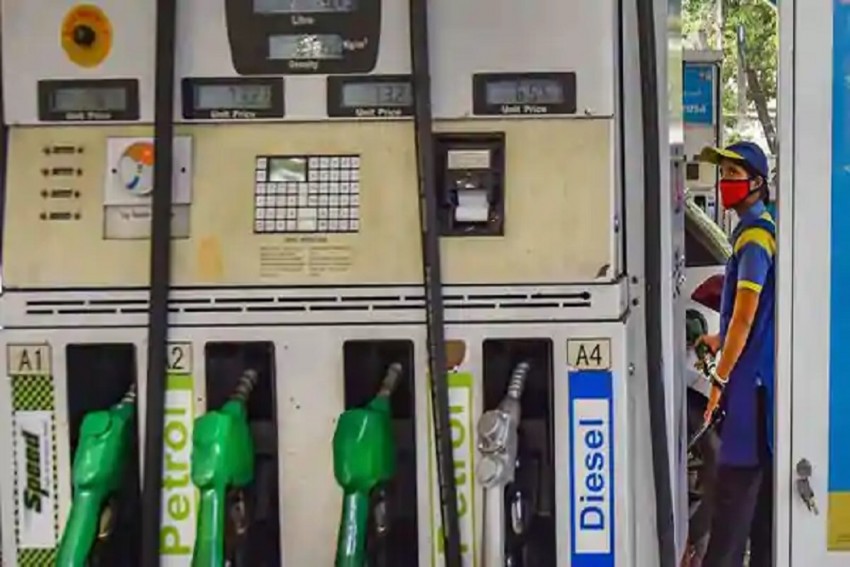 Petrol price in Mumbai neared record Rs 95 per litre mark on Saturday as its rate as well as diesel prices were hiked for the fifth day in a row.

Petrol price was increased by 30 paise per litre and diesel by 36 paise a litre, according to a price notification of state-owned fuel retailers.

In Mumbai, petrol price soared to Rs 94.93 per litre and diesel price jumped to record Rs 85.70 a litre.

In five days this week, price has gone up by Rs 1.51 per litre for petrol while diesel rate has risen by Rs 1.56 a litre.

The relentless hike in prices has been criticised by the opposition parties, including Congress that has demanded an immediate cut in taxes to ease the burden on the common man.

However, Oil Minister Dharmendra Pradhan on Wednesday had told Parliament that the government is not considering a reduction in excise duty to cool rates from their record highs.

Rates have risen as international oil prices touched USD 61 per barrel for the first time in more than a year on improving demand outlook amid the global rollout of COVID-19 vaccines, he had said.

Central and state taxes make up for over 61 per cent of the retail selling price of petrol and about 56 per cent of diesel.

The Union government levies Rs 32.9 per litre of excise duty on petrol and Rs Rs 31.80 a litre on diesel.

Retail petrol rates have risen by Rs 18.87 per litre since mid-March 2020 after the government raised taxes by a record margin to mop up gains arising from fall in international oil prices. Diesel rates have gone up by Rs 16.45.