NBCC's Bid: Why Lenders And Buyers Are Not On The Same Page

The difference of opinion stems out from the fact that while lenders want to ensure recovery of their dues, homebuyers are desperate to get the possession of their flats 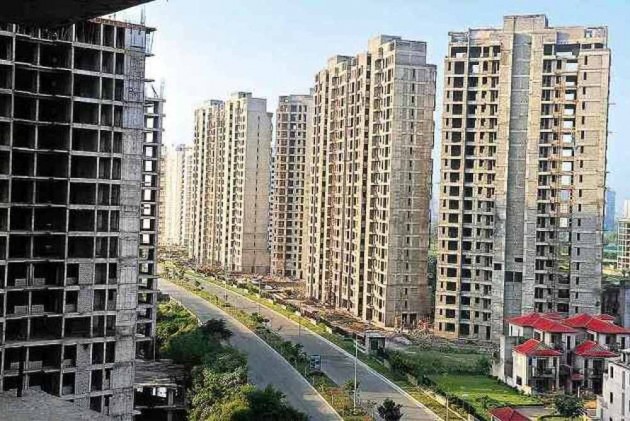 Frustrated on the unending wait of over five to ten years in getting their flats, 22,000 homebuyers of Jaypee Infratech Limited (JIL) have pinned all their hopes on government enterprise NBCC (India) Limited. They believe that if NBCC takes over JIL, it can complete the construction in another 3 to 4 years as promised in its bid proposal. That’s why it seems that they want to overlook the legal lacunas of the proposal and extend their support.

On the other hand, a consortium of banks led by IDBI which has a debt of over Rs 9000 cr on JIL, has a sole concern to recover their dues. NBCC’s bid has failed to give that confidence to the lenders as its bid is legally unsustainable. Hence banks are opposing it. Of late, court proceedings too have favoured bank’s contention.

On May 14, when the Committee of Creditors (CoC), comprising buyers and bankers, had met to decide whether NBCC’s bid should be put to vote, banks opposed it holding that the bid was not feasible and viable. They wanted more time to resolve the issues but homebuyers’ representative, Kuldeep Verma, informed the CoC that between 1500 to 1600 homebuyers wanted NBCC’s bid proposal to be taken up for the voting.

Insolvency Resolution Professional (IRP) Anuj Jain, appointed by the Supreme Court to run the JIL till the time a new player takes over, went with Verma and asked the CoC to start the voting process.

However, the National Company Law Appellate Tribunal (NCLAT) annulled the voting process on May 17 on the petition of IDBI bank and asked the CoC to renegotiate with the NBCC by May 30 and take a decision on its voting.

Insolvency experts say that if the bid is accepted in the current form and NBCC allowed to take over JIL, it would serve no good to either banks or the buyers.

Venket Rao, the legal advisor of Uttar Pradesh Real Estate Regulatory Authority, says that NBCC wants to take over the assets of JIL minus its liability.

“The NBCC’s bid is subject to certain reliefs such as extinguishment of income tax liability, concessions from Yamuna Expressway Industrial Development Authority etc, so banks might be apprehensive that these concessions may take the time or may be denied and in such case whole resolution process may fall through,” Rao said.

Sameer Mittal, Managing Partner, Sameer Mittal & Associates LLP, says that bankers are able to read between the lines and very well understand that the bid is conditional and is dependent upon the approval of the Income Tax department and YEIDA.

“Whereas in case of buyers it’s more of a state of emotions that they are waiting for their flats for many years and so they think that if the government agency takes up the project then they shall definitely get their apartments may be after certain more delays but delivery shall be assured,” Mittal said.

“Ideally it is the responsibility of the legal representatives of buyers to explain them about the conditional bid," he added.

Krishan Mitroo, a buyer, agrees that about 10% homebuyers seem to be in favour of NBCC and rest have not expressed their views yet. “This 10 per cent don’t understand that NBCC bid is legally unviable,” said Mitroo.

Even NCLAT in its May 17 order has observed that the homebuyers have no expertise in the legal field, so "their representative is allowed to take the assistance of any legal professional".

NCLAT has set a deadline of May 30 for bankers and buyers to renegotiate with NBCC to remove legal inaccuracies of the bid proposal. In case the bid remains legally unsustainable, NCLAT will decide the next course of action.

Jaypee Infratech launched close to 50,000 flats in 2009-10 in various ambitious real estate projects in Noida and along the Yamuna Expressway area. However, the slowdown in the real estate sector and various other factors affected the financials of the company and shattered buyers' hopes.

Under the insolvency law, once all companies’ proposals come in, an evaluation expert is appointed to select the best proposal out of all. If the company with the best proposal gets 66% vote in the Committee of Creditors (CoC), which includes homebuyers and banks, it gets the ownership right. If it fails, the other company’s proposal is put to vote and the process continues till a proposal gets approved.

The CoC on May 3, 2019, rejected Suraksha’s financial proposal, which paved way for the second bidder, i.e., NBCC.