Madhya Pradesh Crisis: Congress MLAs Return From Jaipur Ahead Of Trust Vote, Say 'We Will Win'

The Congress Legislature Party had on Saturday issued a whip, asking its MLAs to remain present during the assembly session 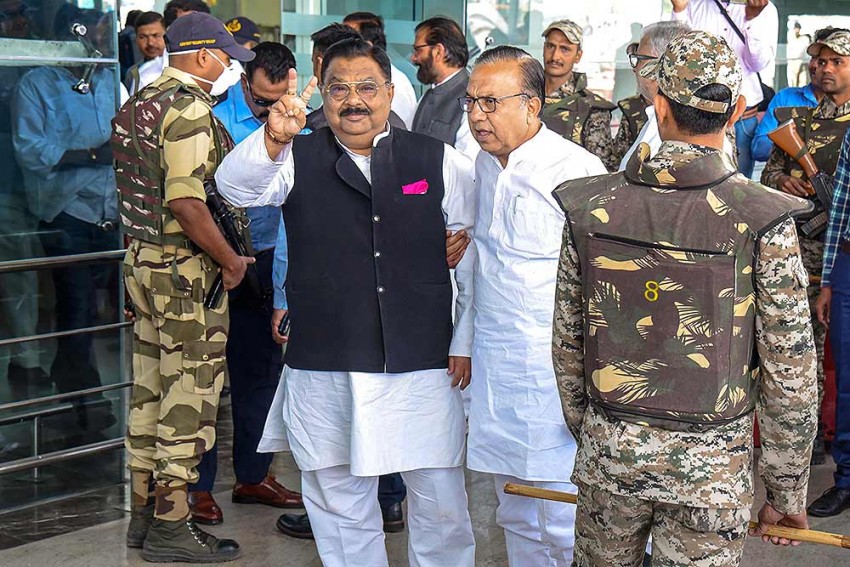 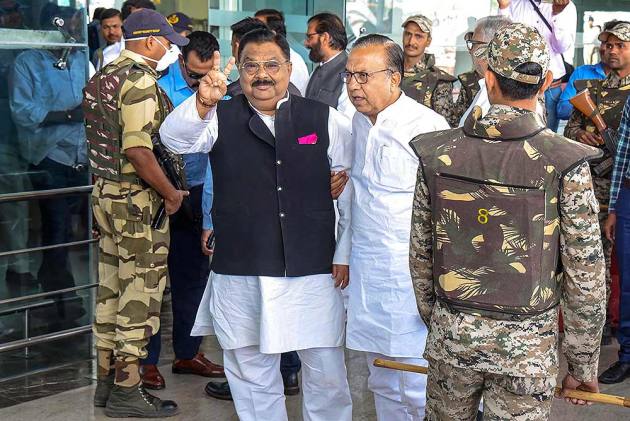 A day before the budget session of the Madhya Pradesh Assembly begins, the Congress MLAs, who had been camping in Jaipur amid the political crisis being faced by the Kamal Nath government, returned to Bhopal on Sunday.

The group of  94 Congress legislators reportedly returned to the state capital from Rajasthan.

"After landing at Bhopal airport, we are being taken to a hotel in buses. Instead of returning home, we will stay in Bhopal as the budget session of the assembly will start on Monday," the MLA said.

"We will win, all is well, we will prove majority in the House," said Pradyumna Singh, a Congress legislator who returned to Bhopal from Jaipur on Sunday morning.

The lawmakers have been shifted to the Courtyard by Marriott Hotel in Bhopal. They were accompanied by senior Congress leader Harish Rawat, who exuded confidence of the Kamal-Nath-led government winning floor test in the Assembly.

Rawat claimed that BJP is nervous about the floor test."We are ready for floor test tomorrow and we are confident of winning it. We are not nervous, the BJP is," he told the media.

The Congress Legislature Party had on Saturday issued a whip, asking its MLAs to remain present during the assembly session.

However, the BJP MLAs, who have been staying at a hotel in Haryana, have not returned to Bhopal so far. They had been flown to Haryana a few days back.

State Public Relations Minister P C Sharma said although the governor has asked the Congress government to seek a trust vote after his (governor's) address in the assembly on Monday, the Speaker was empowered to decide about the proceedings of the House and he would take a call on it.

However, BJP chief whip in the assembly, Narottam Mishra, said, "The Congress has lost its majority. The governor is saying that was in minority. I am not saying this...it has been mentioned it the governor's letter sent to chief minister."

The Kamal Nath-led government has been facing a deep crisis following the resignation of 22 Congress MLAs after former Union minister Jyotiraditya Scindia quit the party on Tuesday. A day later, Scindiajoined the BJP.

On Saturday, the Speaker had accepted the resignations of six ministers, who are among the 22 rebel MLAs. With this, the strength of the House has come down to 222 and the majority mark is now 112.

However, the resignations of 16 other rebel legislators, have not been accepted so far.

The Congress now has a wafer-thin majority in the 222-member House.

The Congress's strength has now come down to 92, after its 22 legislators rebelled and resigned few days back. Before the rebellion, its tally was 114.

Congress also has the support of four Independents, two BSP MLAs and one from the SP, but some may now switch sides to the BJP.

The BJP has 107 seats, just five short for the majority mark.