Deutsche Bank’s initiative in India is just one of the many key business interests shown by German companies in India over the years. 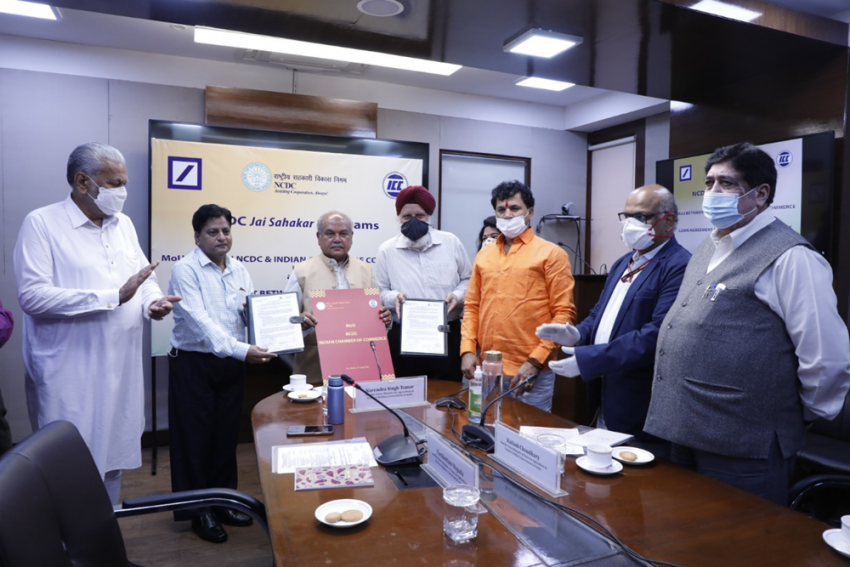 An agreement was inked between NCDC and the German Bank in this regard in presence of the Union Agriculture Minister, Shri Narendra Singh Tomar in New Delhi.
Outlook Web Bureau 2021-04-13T14:50:43+05:30 In A First, NCDC Secures Rs 600 Crore Loan From Deutsche Bank AG 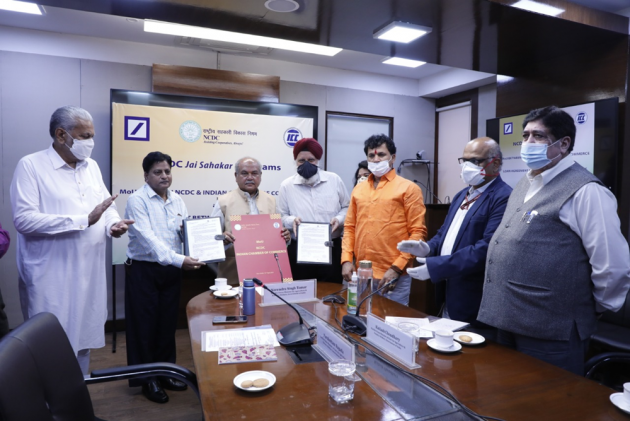 On Tuesday, an agreement was inked between NCDC and the German Bank in this regard in presence of the Union Agriculture Minister, Shri Narendra Singh Tomar in New Delhi. The Minister also presided another first, signing of an agreement between the Indian Chamber of Commerce and NCDC to boost farmers linkages with markets.

According to a statement, the Agriculture Minister said, “Prime Minister has given a new vision to India’s agrarian landscape and her economic relations with Germany. The Farmer Producer Organizations being set up in the country would be able to access to easier credit and market through the NCDC agreements with ICC and Deutsche Bank.”

Kaushik Shaparia, CEO & Country Head, Deutsche Bank AG said that he looked forward to a robust relationship with NCDC in the Agri space.

While NCDC MD Sundeep Nayak said that the finance would help NCDC to assist farmers to make a successful pivot towards sustainable, climate-smart agriculture. “Right from our founding as an organisation since 1963 for co-operatives, we have always strived to support farmers in their journey to achieve sustainable livelihoods,” said the MD.

Cooperatives are not a new phenomenon for Germany. Today, Germany’s 7,500 cooperative enterprises have more than 20 million members. In contrast, India’s cooperatives figure among the world’s top rankings. 94 per cent of Indian farmers are members of at least one cooperative. The modern agricultural initiatives of the Government of India are being transformed at the grass-root level by cooperatives.

Deutsche Bank’s initiative in India is just one of the many key business interests shown by German companies in India over the years. Today, more than 1700 German companies are active in India, providing around 4, 00,000 direct and indirect jobs. Germany is India's largest trading partner in Europe and among India's top ten global trade partners.

Set up in 1963, the NCDC is a development finance statutory institution under the Ministry of Agriculture and Farmers Welfare. It has extended loans to the tune of Euro 16 Billion to cooperatives of various sizes since 2014. With zero net NPA, NCDC has a Pan India presence with its 18 regional directorates catering to all the States.

Similarly, Deutsche Bank provides corporate and transaction banking, lending, focused investment banking as well as retail and private banking to corporations, governments and others. Over the last 40 years, Deutsche Bank has grown to become one of the largest foreign banks in India, with branches in 16 cities across the country. The bank works with like-minded partners to achieve common goals for the betterment of society and people, said Shaparia.

Speaking at the event, Aditya Bagri, Co-Chair of the Indian Chamber of Commerce Committee on Agribusiness and Food Processing said that ICC-NCDC MoU would have a special focus on exports promotion by FPOs.