Jupiter and ShareChat entering into exclusivity clauses with Tiger Global raises the big question once again—is it time for founders to safeguard themselves against big funds’ dominance?

More from Pallavi Chakravorty
View All

Continuing its trend of aggressive investment into Indian startups this year, Tiger Global recently led the latest round of funding for consumer-focused neobank Jupiter. But what is worth noticing is that the US-based fund agreed to an exclusivity clause with Jupiter which legally binds it to not invest in any rival consumer-facing neobank in India.

Tiger Global, which pumped in $2.2 billion into India in 2021, entered into a similar agreement with Mohalla Tech, the owner of social media platform ShareChat and short-video app Moj, when it recently pledged $502 million with a valuation of $2.1 billion in ShareChat. It reportedly agreed to not back any of its competitors in the Indian short video and social media space.

Such agreements are unheard of. In fact, it is common for these top global funding giants to use push-and-play tactics to decide the fate of companies they fund. So, is it a trend that will grow bigger with time in India? Perhaps. But are there other ways for founders to safeguard themselves against the risk of their investors backing their rivals?

Tiger Global, for instance, is known for changing trends around investment. Its strategy of backing competing companies is widely known. The fund has currently parked its money in three investment apps—Groww, Upstox and INDWealth, three edtechs firms—Byju’s, Unacademy and Vedantu and two fantasy gaming apps—Dream11 and My11Circle apart from multiple fintechs firms. 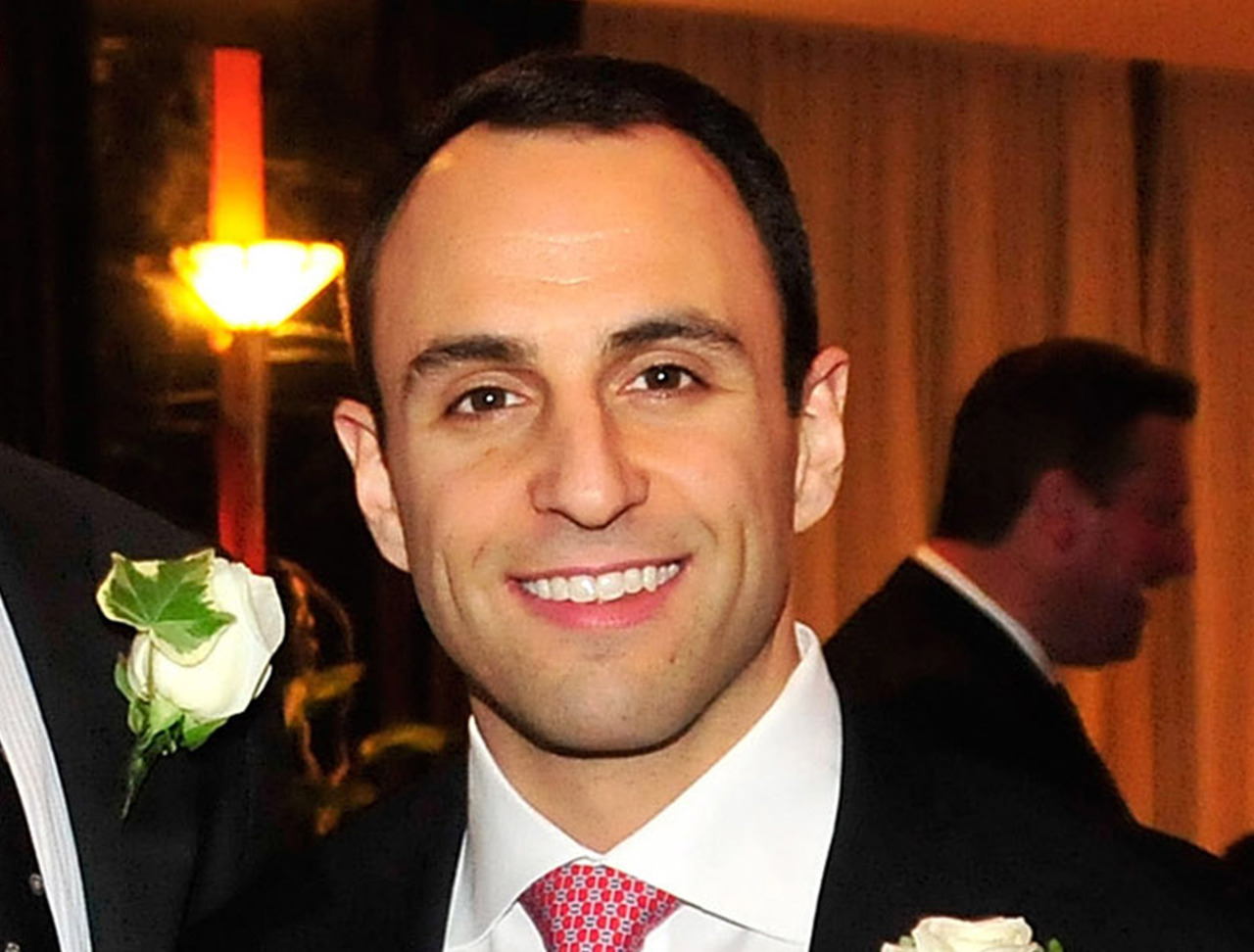 Earlier, Tiger Global had invested in both Flipkart and ShopClues. Later, the latter was acquired by Singapore-based Qoo10 in a stock deal while Flipkart went on to dominate the e-commerce space along with Amazon. Also, Tiger Global funded Letsbuy, then (2012) the country’s second-largest online electronics retailer. It was acquired by Flipkart. The deal was reportedly initiated by Tiger Global.

This long-standing but unofficial rule that investors shouldn’t fund multiple competitors in the same space is often flouted by another bigwig investor—SoftBank. The Japanese fund is an investor in Uber, the US-based ride-hailing app, and Ola, its Indian counterpart, and both Uber and Ola are direct competitors in India. It is also an investor in DiDi, the Chinese ride-hailing giant, and Grab, one of Southeast Asia’s top ride-hailing apps. These investments have created a mess with its conflicts. Uber exited Southeast Asia by selling its business to Grab for a 27.5 per cent stake. Grab competes with DiDi in Thailand, China, and a few other countries in Asia. By placing its bets in competing companies, SoftBank remains the winner irrespective of who rules the markets in its regions of investment.

The fund followed similar trends across segments in India. It backed Snapdeal way back in 2014 while also placing its bets on Flipkart later. Another US fund, Sequoia Capital, too, is invested in CarDekho and CARS24—both online marketplaces for used cars. 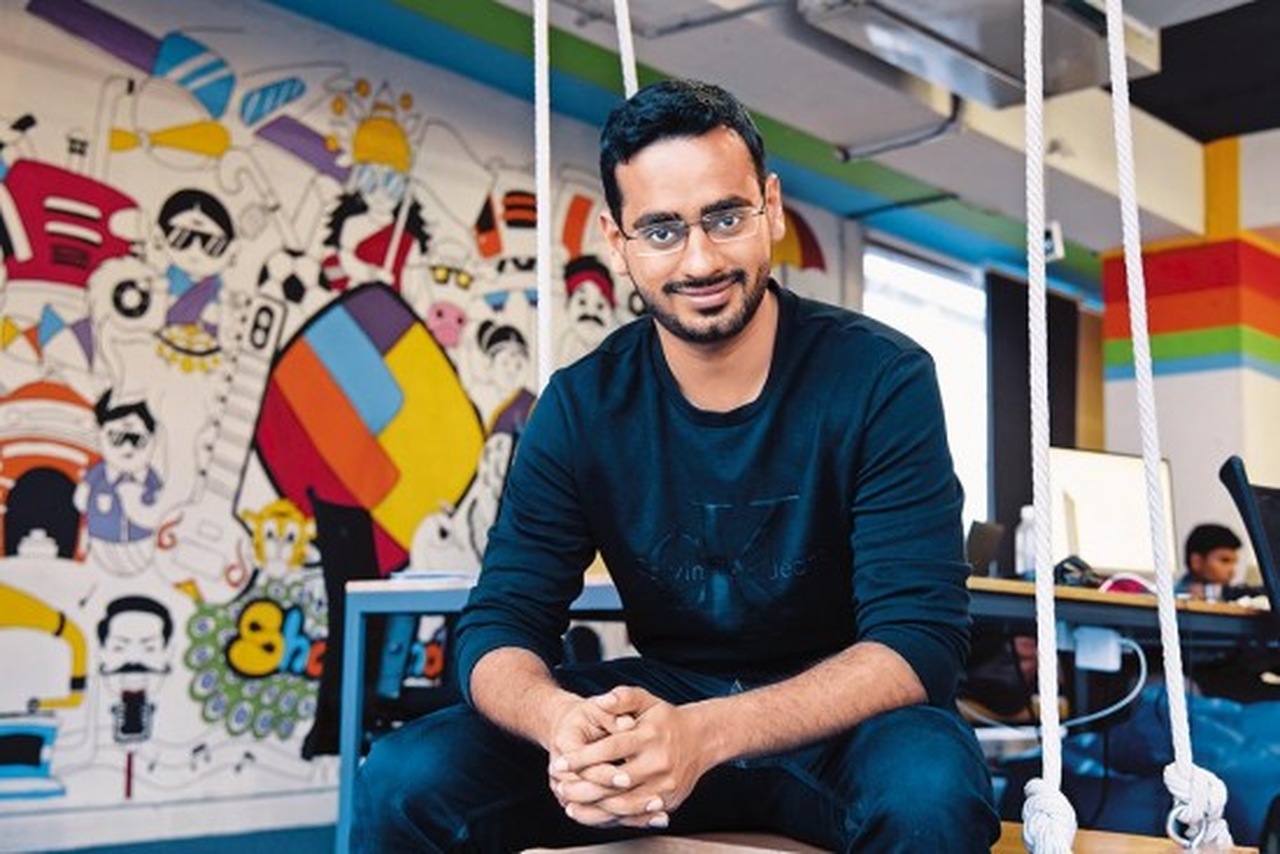 But why should startups put up with the likes of these biggies and their dominance? The answer is simple: Money. No investor can write larger checks than SoftBank or Tiger Global. If a late-stage startup declines to take the biggies’ money, that just decreases the worries of their rivals who then are more likely to accept such funding.

Bhavish Aggarwal, Co-founder & CEO, Ola, has been ahead of the curve as compared to other top entrepreneurs in restricting investors from taking control of his company. Aggarwal had blocked Tiger Global from partially selling its shares to SoftBank in 2018, a deal that could have led to SoftBank enjoying a larger control over Ola. Helped by a right that gives the Ola founders the power to veto the transfer of shares between two investors, Aggarwal went ahead and blocked the transaction. He ensured that he brought in new investors with every new funding round, thereby curbing the influence and power of any single investor. 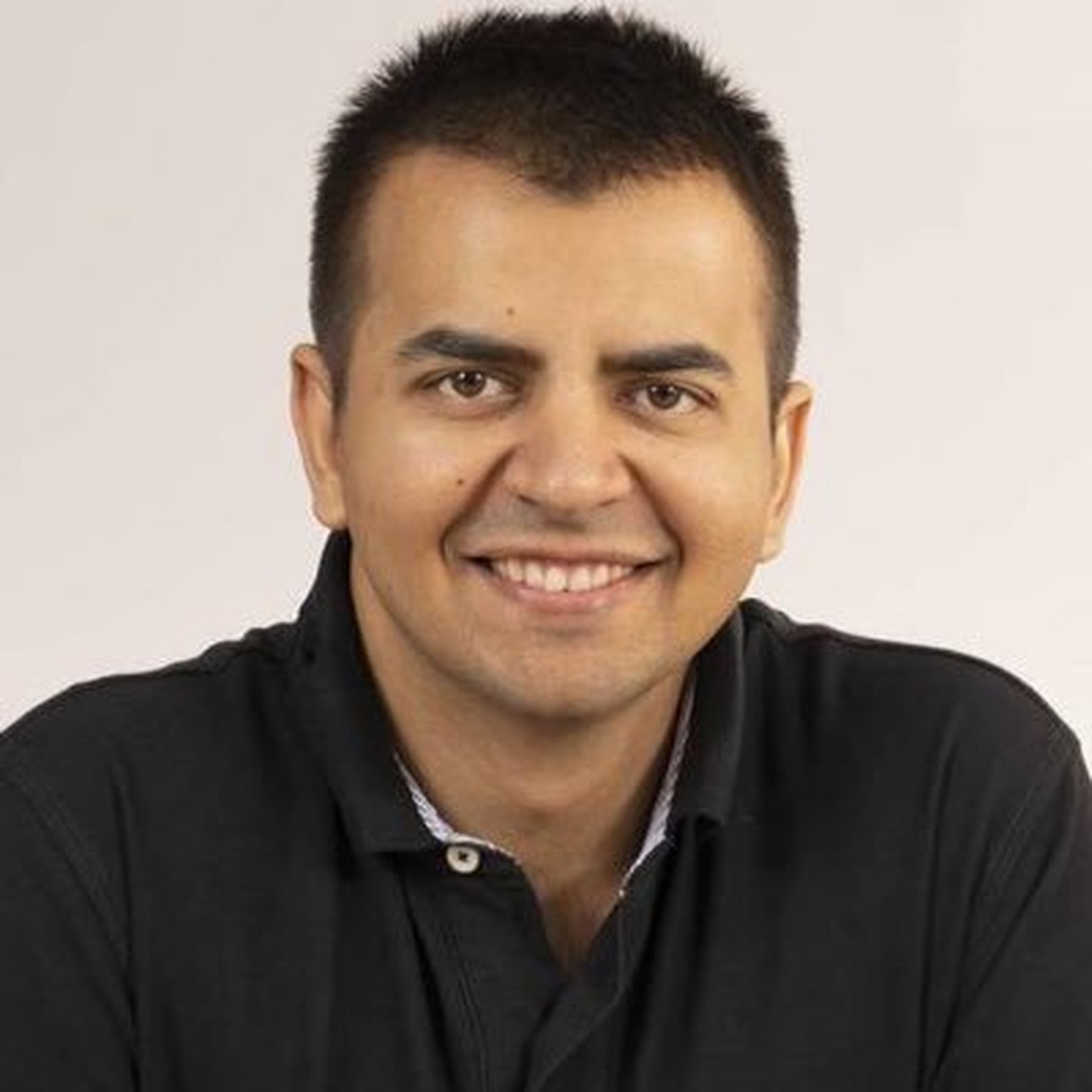 Aggarwal’s move was to avoid a Flipkart-like situation when, after several slip-ups, the founders were pushed out of the day-to-day running of the e-commerce major in 2017 by Tiger Global. A year later, Flipkart was sold to Walmart, a let-down for Flipkart’s ambitious founders who once wanted to beat the world. Bansals’ Flipkart exit set the alarm bell ringing for entrepreneurs, forcing them to be alert about protecting their own rights in their companies.

Only Non-Compete Not Enough

While a shareholder agreement, a binding document between the founder and the outside investor, generally has a clause related to competing for investment, it is narrowly defined in the case of big investors who have their money parked in multiple companies.

“A small investor will not have problems but the big ones will always invest in the category leader. It is also about the segment and how disruptive it is. At one point it was e-tail, now it's fintech and edtech. In such a situation, prolific investors tend to circumvent the non-compete clause,” says Sandeep Aggarwal, CEO and Founder, Droom. Founders have a problem with funds investing in competing firms because they become insiders in a company after investing in it and can pass on sensitive data to rival companies.

“In fact, I faced a similar situation when one of the investors in my company, ShopClues (Aggarwal was one of the co-founders), also invested in one of the rival companies. I objected and the investor assured me that no information would be shared with either company,” says Aggarwal, who is also an angel investor.

In such a scenario, smaller companies are at a disadvantage because investors often take their USP and pass it on to the larger company to safeguard its position as an investor. “There must be a regulation that makes it mandatory for an investor to disclose any of its competing investments. After the disclosure, the decision lies with the founder as to whether he wants to go ahead with the funding,” adds Aggarwal.

That, however, is a double whammy for founders because raising money is difficult. On top of that, if one has to decline an investment based on an investor’s disclosure, the result can be suicidal. The investors indeed have an unfair advantage because founders don’t create companies every year.

“Tiger Global and SoftBank have been notorious for investing in rival companies. Most others tell you upfront about their investments,” says Prakhar Agarwal, COO, AngelList India. “But this is going to change,” he adds. For companies, Agarwal suggests that the exclusivity clause be included in the shareholding document apart from including the names of rival companies and their business activities. “If an investor violates the clause, there is a mechanism for them to exit the company. For example, Hike was asked to exit WinZO because Hike itself was getting into the gaming space,” explains Agarwal who is hopeful that the trend set by ShareChat and Jupiter will only gather steam in days to come. 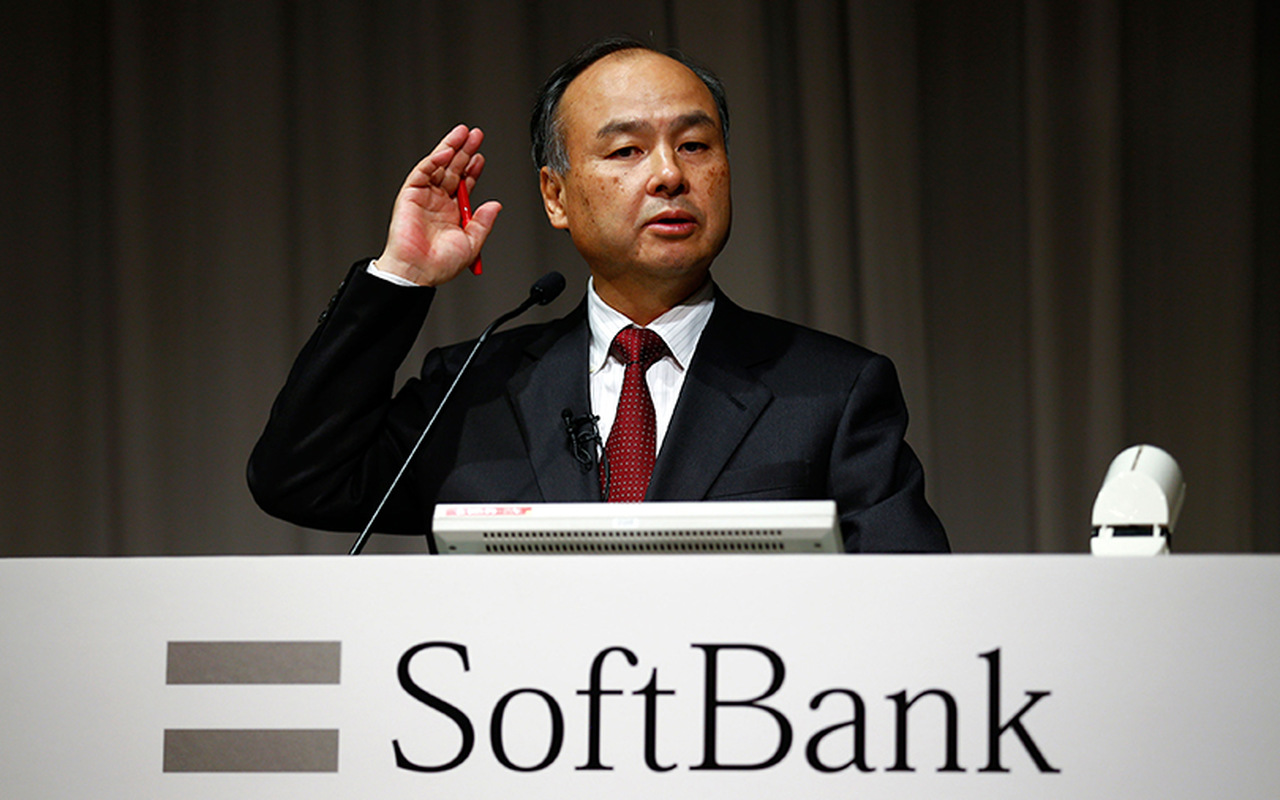 The reality, however, is that until more sovereign wealth funds or massive corporate venture arms enter the growth funding market, the likes of SoftBank and Tiger Global will get away with their funding tactics. And even if a few of their bets pan out as planned, it may further prove that they can provide desirable returns while putting huge amounts of money to work.