Hitachi, which has invested substantially in the country, expects India operations to drive growth globally 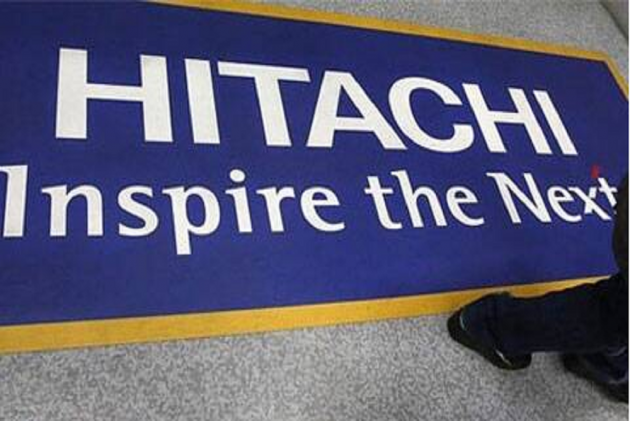 Hitachi India Managing Director Bharat Kaushal, who is the first Indian to be appointed to that post, said that the company, which has augmented its capacities through a concerted approach in India, is now looking at the country to be a hub in many new segments, including technology, artificial intelligence, energy storage and fast charging or environmentally friendly solutions.

Hitachi, which has a presence in infra, manufacturing and IT sectors among others, has now got a wider canvass to play in the country through its global acquisition such as the powergrid business of the Swedish-Swiss company ABB and Italian transport company Ansaldo STS.

"We invested and found that our global capabilities are getting translated to on-ground capacities. And when we are successful in India, it is also a licence to take more of these businesses from India, which is a disruption of the 100-year old history of Hitachi where we did businesses from outside and brought in our technologies to do business in India," Kaushal said.

Now, Hitachi is "imagining, whether in infrastructure and solutions or manufacturing or digital, to take solutions out of India to other markets", and contribute more not just to the Hitachi's economy but also to other regions from India, he added.

After investments in technology and research augmented, Hitachi realised that "India has to become a leader in certain of the many new drivers whether in technology or artificial intelligence or hydrogen (and) the next driver for energy and energy storage and fast charging or even environmentally friendly solutions, which are eventually going to get monetised on balance sheets".

Hitachi, which is operating several joint ventures in India, has invested substantially and wants them to grow and cater to the global markets from here, making the country a hub.

"We want to do more business from India to the world," said Kaushal adding that with so many joint ventures and other things coming, "we expect to grow the business intelligently enough...,” he added.

"We are going to consolidate this year more. We have more than 30 companies in India and several of the companies, which are getting added, are companies that have been part of the acquisition,” he said adding various processes such as getting the approval of the fair trade regulator Competition Commission and others are underway.

India, which has the oldest overseas presence of Hitachi, was converted into a region in 2012. Hitachi has five regions outside Japan, in which two of them are large emerging countries - India and China and the rest are divided in the US, Europe and Asia.

As India is the newest region for Hitachi, hence it is the smallest one, while other are substantially bigger one, he added.

When asked about the growth expectation from the Indian market, Kaushal said: "We should be at par with other regions."

Hitachi business in India is broadly in IT, manufacturing and infra sectors and has a sizeable presence in India construction machinery business, railways sector and payment business, he added.

While talking about the role of some of the companies which Hitachi has acquired globally such as powergrid business of ABB, Ansaldo STS, pentaho and GlobalLogic, Kaushal said some of these companies are playing an important role in the Indian market.

Hitachi, which has a long history in India, helping the country with turbines of Bhakra Nangal Dam to the Locomotive of Indian railways in 1950s, is also working into the water and smart city projects besides some others.