What dominated the mood on the markets were the auto sales numbers for October. Dalal Street was looking forward to these numbers because they would also give an indication of festival sales. 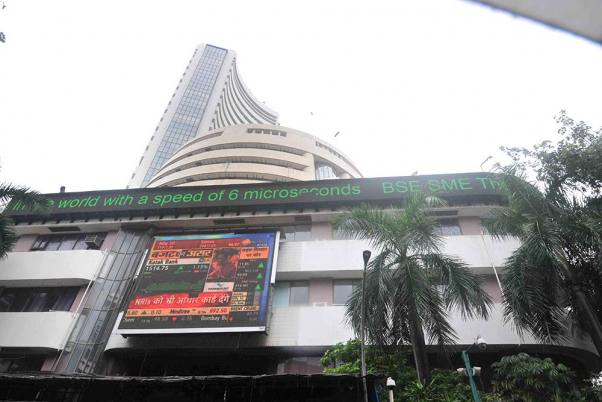 On the first day of November, the market breadth – shares which gained compared to those that lost – was good, but the gains in the indices were muted. NSE’s Nifty closed the day at 11,899.50, an increase of 22.05 points or 0.19 per cent. BSE’s Sensex remained above the 40K mark at 40,165.03, an increase of 35.98 points or 0.09 per cent. The gains were muted because of profit booking in some industrial and IT stocks witnessed on Friday. The Sensex had hit an all-time high on Thursday only to slide back somewhat.

On the first day of the monthly derivative contracts, the Bulls held their own after having made a comeback in the last few sessions. It was the mid-cap stocks which led the rally, with its index gaining 0.37 point at 4,656. The stocks which witnessed profit-booking, though, did not witness too much of a decline indicating that the selling was being absorbed.

What dominated the mood on the markets were the auto sales numbers for October. Dalal Street was looking forward to these numbers because they would also give an indication of festival sales. The numbers in the two-wheeler segment were much better than what the Street had been expecting. In other categories too, most of the companies reported positive numbers month-on-month as well as year-on-year basis. With the inventory having been taken care of, the Street would now looking forward to November sales which would show a normal month's figures.

If the auto numbers, expected to start pouring in from the second week, appear to be better, the market is likely to react positively. Better sales would mean that banks were successful in bringing back the customers, after several months of gloomy sales. Another factor which helped the Bulls on Friday was the fact that results from even small public sector banks, which trickled in, showed an improved performance in term of fresh slippages and overall non-performing assets. This trend indicates that the worst may be over for this segment. Further, after the announced mergers of 10 banks happens, and the requisite capital provided by the government, institutional investors might show interest once again in these banks.

The other space which witnessed an increase was metals. But there were indications that investors may have been short covering in this area. What is likely to dominate the mood on Monday are the results of some of the troubled companies, which are likely to hit after market hours on Friday. If there are indications that they had performed better than expected, markets may remain positive in the coming days.