Finance Minister Nirmala Sitharaman will preside over the 45th meeting of the Goods and Services Tax (GST) Council in Lucknow today. 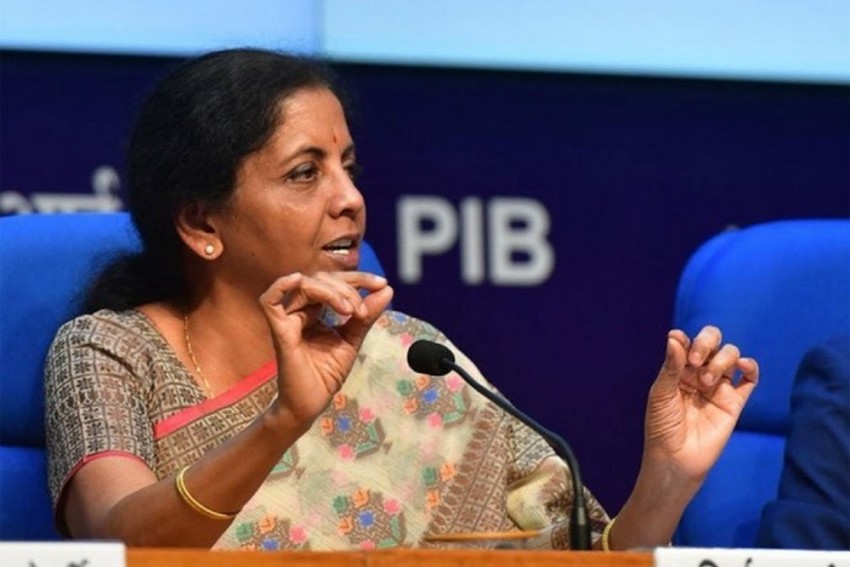 Union Finance Minister Nirmala Sitharaman will preside over the 45th meeting of the Goods and Services Tax (GST) Council in Lucknow on Friday. During the meeting in Lucknow, the GST Council is scheduled to discuss several key issues that may include a proposal to bring petrol and diesel under the GST regime.

On September 16, FM Sitharaman announced that the Cabinet has approved a central government guarantee of up to Rs 30,600 crore to back security receipts to be issued by National Asset Reconstruction Company Limited (NARCL). The guarantee would be valid for a period of five years. Asset reconstruction companies (ARCs) generally buy distressed assets with a 15 per cent cash payment and 85 per cent in security receipts.

“Public-sector banks will themselves have a 51 per cent stake. India Debt Resolution Company and public financial institutions will hold a maximum of 49 per cent stake, and then the private sector lenders will also be participating... 15 per cent cash payments would be paid to the banks based on some valuations and the rest 85 per cent given as security receipts,” Sitharaman gad said at a press conference.

The NARLC will aggregate NPAs in banks' balance sheets (for which full provisioning has been done) and manage and dispose of them professionally, thus cleaning up banks' balance sheets. “Many asset reconstruction companies are there in the private sector, but they hesitate to take up big-ticket asset resolution, which is why government-backed security receipts are required,” Sitharaman said.

The minister also announced that along with NARCL, the government was also setting up India Debt Resolution Company Limited (IDRCL). IDRCL would be managing the asset and seek expert opinions from turnaround experts and market professionals. PSBs and public financial institutions would have a maximum of 49 per cent and the rest would be owned by private sector banks.

The guarantees would be a contingent liability and there would be no immediate cash outflow from the government’s coffers. “Union Budget announced the intent to set up an ARC-AMC to take over existing debt, manage and dispose them off to buyers to realise the value of the stressed assets,” Sitharaman announced.

Banking and financial services secretary Debashish Panda said that toxic assets worth Rs 2 lakh crore have been identified for being moved to the NARCL. Out of Rs 2 lakh crore of toxic assets, about Rs 90,000 crore would be warehoused in NARCL in the first phase.

“Once valued and sold off, the government backstop will come in for the gap between face value and realized value; in many cases, it may not have to be invoked,” Sitharaman explained.

The finance minister said that non-performing assets have continued to lie with banks, requiring repeated provisioning. Once these are taken out, re-evaluated, managed, and put out for buying, they would get a higher price, which is why the NARCL has been set up.

The period of guarantee has been kept at five years as the government expects to clear it within the timeframe. “The idea is to ensure value locked within assets is used making banking system robust. So, a limit provides an incentive for banks. If process delayed beyond five years, guarantee can't be invoked,” Sitharaman said.

The minister said that with the setting up of NARCL and various other steps taken in recent years, the government has been able to completely address the issues facing the Indian banking sector. “… which was in 2015 staring at us with twin balance sheet problem. We now have a way of resolving the stressed assets,” Sitharaman said.