The GST Council, headed by Union Finance Minister Nirmala Sitharaman and comprising representatives of all states and Union Territories (UTs) is to meet in the backdrop of economic growth hitting a 6-year low of 5 per cent for the first quarter of the current fiscal. 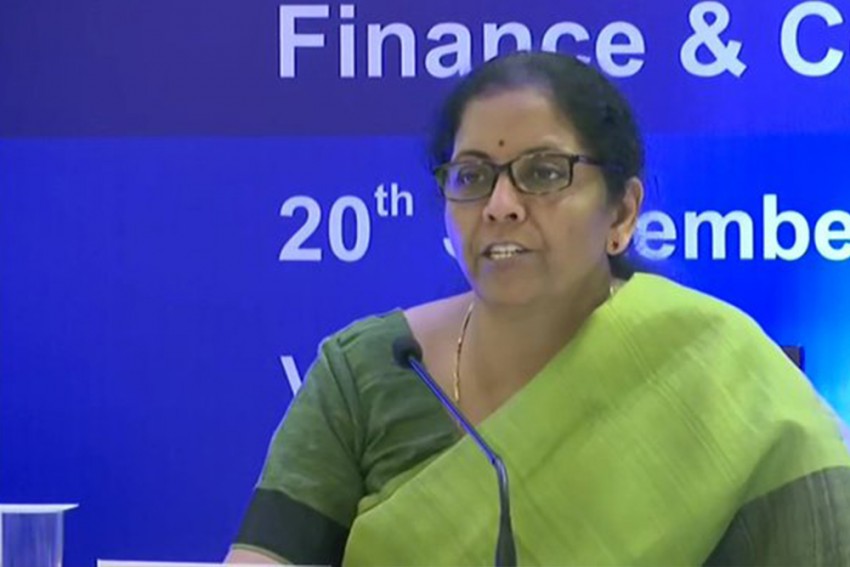 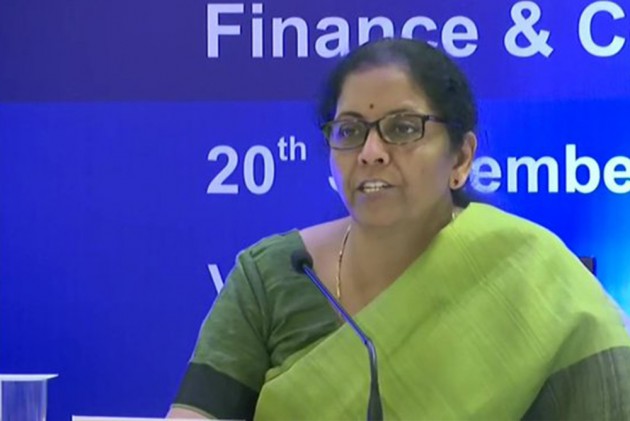 The government on Friday slashed the income tax rate for companies by almost 10 percentage points to 25.17 per cent and offered a lower rate to 17.01 per cent for new manufacturing firms to boost economic growth rate from a six-year low by incentivising investments to help create jobs.

"In order to promote growth and investment, a new provision has been inserted in the Income Tax Act, with effect from the financial year 2020. It will allow any domestic company an option to pay income tax at 22 per cent subject to the condition that they will not avail any exemption or incentives," she told reporters here.

After considering surcharges and cess, the effective tax rate will be 25.17 per cent.

This compares to 30 per cent corporate tax rate currently, and an effective tax rate of 34.94 per cent.

RBI governor Shaktikanta Das has welcomed the corporate tax cut terming it a "bold step" which is "highly positive for the economy."

Union Minister Piyush Goyal said that even though the government has been consistently taking measures to revamp the economy, the current one is the largest adding that the announcement will "give necessary fillip to the economy which we've been hoping for."

"Government is forgoing Rs 1.45 lakh crore in revenue through the measures, which will benefit corporates like Coal India, Infosys and Wipro," said Goyal.

Congress leader Jairam Ramesh, however, expressed doubts on whether the step will revive investment even as he welcomed the reduction in the corporate tax rate.

"A headline-itis afflicted, panic-stricken Modi Sarkar has cut corporate tax rates less than 3 months after a Budget and 4 months before the next one. This is welcome but it is doubtful whether the investment will revive. This does nothing to dispel fears that pervades in India Inc'," he said on Twitter.

In another announcements, Sitharaman said, "To attract fresh investment in manufacturing and boost Make In India, new provision has been inserted in the I-T Act, which allows any new domestic company incorporated on or after October 1, 2019, making fresh investment in manufacturing, and starts operations before March 31, 2023, an option to pay income tax at 15 per cent."

The effective rate for new companies would come to 17.01 per cent after considering surcharges and cess subject to the condition that they do not avail any other tax incentive or concession such as tax holidays enjoyed by units in special economic zones (SEZ) or accelerated depreciation.

This compares to the current base rate of 25 per cent for new companies and an effective tax rate of 29.12 per cent.

Also, the companies will not have to pay minimum alternate tax (MAT).

To provide relief to companies which continue to avail exemptions and incentives, rate of MAT has been reduced from existing 18.5 per cent to 15 per cent.

Also, the super-rich tax introduced in Sitharaman's maiden budget on July 5 by way of a higher surcharge on income, shall not apply on capital gains arising on sale of equity shares in a company or business that is liable to pay securities transaction tax (STT).

The enhanced surcharge shall also not apply to capital gains arising on sale of any security, including derivatives in the hands of foreign portfolio investors, she said.

To provide relief to listed companies which have already made a public announcement of buyback of shares before July 5, 2019, tax on such buyback shall not be charged.

Sitharaman, however, sidestepped questions on the impact the concessions will have on the fiscal deficit target, saying that the government was conscious of the reality and will reconcile numbers.

With her maiden budget seemingly failing to address issues facing the economy and doing little to bolster growth that has slowed to a six-year low and check unemployment that has risen to a 45-year high, Sitharaman has over the past one month announced measures in three tranches for different sectors of the economy including automobiles, banks and real estate.

India's gross domestic product (GDP) growth slowed for the fifth consecutive quarter in April-June 2019 to 5 per cent, the lowest in six years. This was on the back of faltering domestic demand, with both private consumption and investment proving lacklustre.