Current State Of Equity Markets: A Blessing In Disguise For Long Term Investors

The impact of Coronavirus and Yes Bank crisis should be seen as a blessing in disguise as it has acted as a catalyst in cooling down the valuations and has helped in bringing it down to more realistic levels. 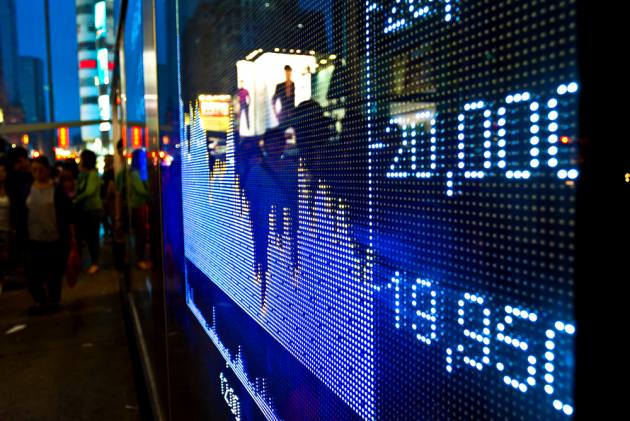 The stock markets across the globe are experiencing the earthquake in the name of Coronavirus. They are still struggling to come out of the aftershocks this pandemic has posed on the financial markets as well as the world economy. India too is not an exception to this catastrophe. Indian benchmark indices have already lost more than 10 per cent of its value since the aftereffects of the pandemic began to be felt.

Indian scenario worsened last week when one of the leading private sector -- Yes Bank -- collapsed and the Reserve Bank of India (RBI), country's central bank, had to intervene, to do the damage control. So, currently, the Indian stock market is suffering from twin blows of Coronavirus plus the fall of the Yes Bank. At the time of writing this piece,  the S&P Sensex of BSE is down over 2,000 points and most tracked Nifty 50 of NSE has lost close to 600 points.

The slide in benchmarks has been unabated for the last three weeks. The question that has gripped the average Indian investor is whether this is the end or the beginning? How long this situation is expected to continue?

From Critical Drugs To Auto Parts, Zips To Solar Panels, How Coronavirus Has Hit Supply Chain

RBI Imposes Moratorium On Yes Bank: All You Need to Know

To answer these questions, we need to understand the factors that were driving the Indian markets inspite of slowing Indian economy, post demonetisation. The single most and the most significant factor was foreign liquidity, the "Hot Money", from the foreign portfolio investors (FPIs). Despite slowing the domestic economy, they (FPIs) were betting high on India. However, they were betting on a limited number of stocks belonging to high growth areas and the ones that were index constituents. This led to a situation where a big liquidity flow started to follow a fewer number of stocks, bringing in a demand-supply rule to play its role. This resulted in a sudden spurt in prices of those stocks which were in high demand. As these stocks were also part of the benchmark indices, the indices saw a sudden spurt in their price levels. The intensity of FPIs flow was tremendous. They were net buyers in the Indian markets since September last.

Come February 2020 and the impact of the Coronavirus epidemic that engulfed China began to saw on world markets. Global agencies began to predict its potential impact on an already slowing world economy and the sell-off began. That still continues. It is so severe, to give you an example, that FPIs that were net buyers in big numbers in Indian markets till the end of February have almost become net sellers by the first week of March.

So, once again we are back to the question that was raised above. Is it the end or the beginning? What an average Indian should do in the current scenario?

Indian markets were due for correction long back but were carried away in the foreign flow. The double trouble in the form of Coronavirus and Yes Bank collapse should be seen as a blessing in disguise as it has acted as a catalyst in cooling down the valuations and has helped in bringing it down to more realistic levels. The volatility will continue for some more time, till the virus and Yes Bank impact subsides. Investors should make a gradual entry in the market with expert advice from their advisors. Those who enter the market now with an investment horizon of three to five years will definitely benefit as one has to keep in mind that equity investment is a long term bet.