Coronavirus Fears Cause Global Turmoil, Markets On Course For Worst Week In Over Decade

US President Donald Trump blamed the market plunge on the media coverage of the coronavirus and worries about Democrats winning the White House race. 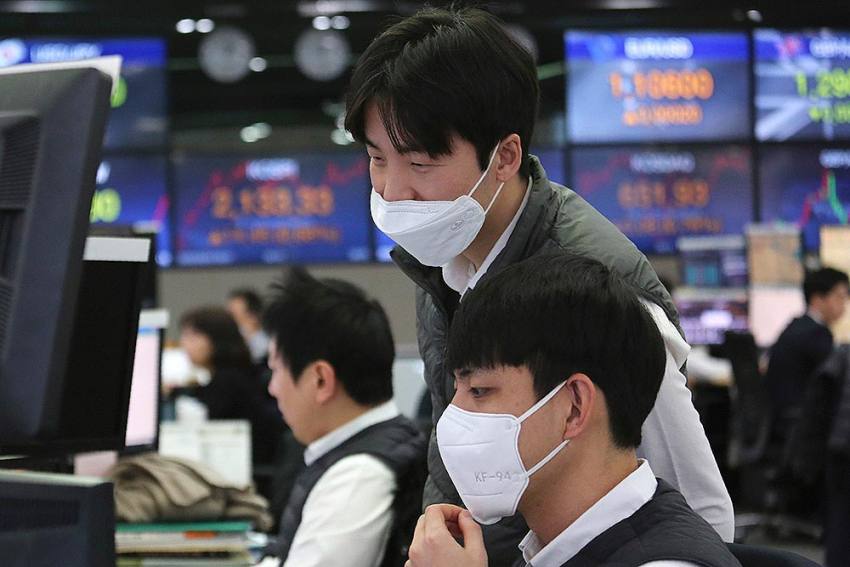 Currency traders watch monitors at the foreign exchange trading room of the KEB Hana Bank headquarters in Seoul, South Korea. Shares advanced in Asia with the Shanghai Composite up 0.2% after a rebound on Wall Street overnight.
AP/PTI
AFP 2020-02-28T13:32:24+05:30 Coronavirus Fears Cause Global Turmoil, Markets On Course For Worst Week In Over Decade 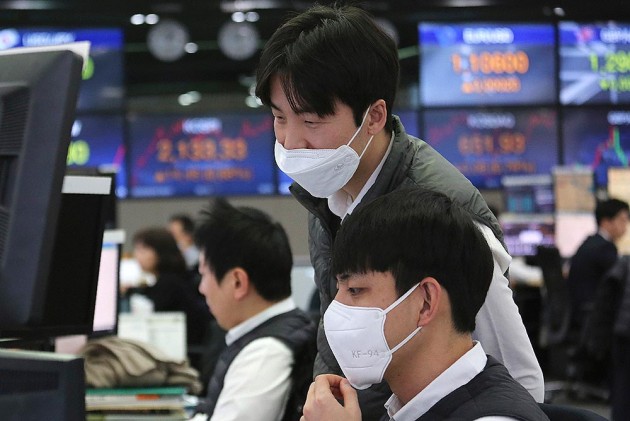 Asian markets spiralled downwards Friday, extending a collapse in New York and Europe that has wiped trillions of dollars off valuations as the coronavirus spread rapidly around the world with the WHO warning the deadly epidemic was now at a "decisive point".

Tokyo, Sydney, Seoul and Bangkok all fell by more than three per cent while Jakarta was hammered more than four per cent.The casualties have put equities around the world on course to record their worst week since the global financial crisis more than a decade ago as investors run to the hills on fears the virus will smash the global economy.

And while the panic has already caused a bloodbath on trading floors, there are warnings there could be worse to come.The Dow suffered its worst points loss on record, shedding almost 1,200 points, while its 4.4 per cent drop marked the worst performance in two years. The S&P 500 and Nasdaq also tanked more than four per cent, with London, Frankfurt and Paris all posting losses of more than three per cent.

The VIX "fear" index is now at its highest level since 2011 during the European debt crisis.

The heavy selling came as authorities in California said they were monitoring some 8,400 people for COVID-19 after officials confirmed a woman had contracted it without travelling to any of the outbreak-hit regions.

"Even though the market is pricing in the fear of economic issues and disease hitting the US, we haven't actually seen the emergence of clusters" in the US, Steve Englander of Standard Chartered told Bloomberg TV.

"Once that happens we will see another sell-off." After Thursday's battering, Asia picked up the baton. Tokyo tanked 3.7 per cent, Shanghai dived 3.2 per cent, Seoul gave up 3.3 per cent and Sydney dropped 3.3 per cent.

Hong Kong retreated 2.8 per cent, while Singapore sank three per cent, Jakarta dived 4.0 per cent and Bangkok lost 3.4 per cent.

Mumbai was almost three per cent down and Manila eased 2.3 per cent, with Wellington 1.5 per cent in the red.

The losses have seen many markets lose around a tenth of their value in just a week.

The rush to safety has also seen the dollar surge against most higher-yielding, riskier currencies, with the New Zealand dollar, the South African rand and the Russian ruble all more than one per cent lower.

Australia's dollar, the Indonesian rupiah and the Indian rupee were also sharply down. But the dollar was well off against the safe-haven yen.

The virus has now killed 2,856 people and infected more than 83,000 worldwide, with an increasing number of new cases being reported each day.

Lithuania, New Zealand and Nigeria on Friday reported their first cases, as officials around the world move to contain the outbreak in their countries as fears of a global pandemic grow.

The operator of Tokyo's Disneyland and DisneySea closed the parks for around two weeks, while Saudi Arabia banned pilgrims from visiting Islam's holiest sites as the number of deaths jumped in neighbouring Iran. Japan and Iraq have also ordered the closure of schools.

"We're at a decisive point," WHO chief Tedros Adhanom Ghebreyesus told a news conference in Geneva. "If you act aggressively now, you can contain this virus, you can prevent people getting sick, you can save lives."

But the rate of increase in China continues to fall and there are signs the country is slowly creaking back to life with shops reopening, including Starbucks, which has resumed operations at all its outlets.

"The Asia-Pacific region's exposure to the virus is significant," it said in a commentary. "The most important channel of impact is via the close trading relationship with China."

"China is the largest trading partner for most economies across the region, and with economic activity in China severely depleted by the virus, the repercussions will flow through to the rest of the region.

"There is no other country in Asia or globally that so many economies throughout the Asia-Pacific region are so heavily tied to."

Crude prices were again hit, with both main contracts losing more than two percent, on expectations the crisis will put a massive dent in demand for the commodity, which was already under pressure owing to the struggling global economy. Oil has now fallen more than 20 percent since the start of the year.

Investors are keeping an eye on central banks, particularly the US Federal Reserve, hoping for monetary easing measures, while governments are also facing pressure to provide support.