Despite Covid-19, states were able to raise an extra Rs 1.06 lakh crores in 2020-21. This significant increase in availability of resources was possible due to Centre-State bhagidari, PM Modi said. 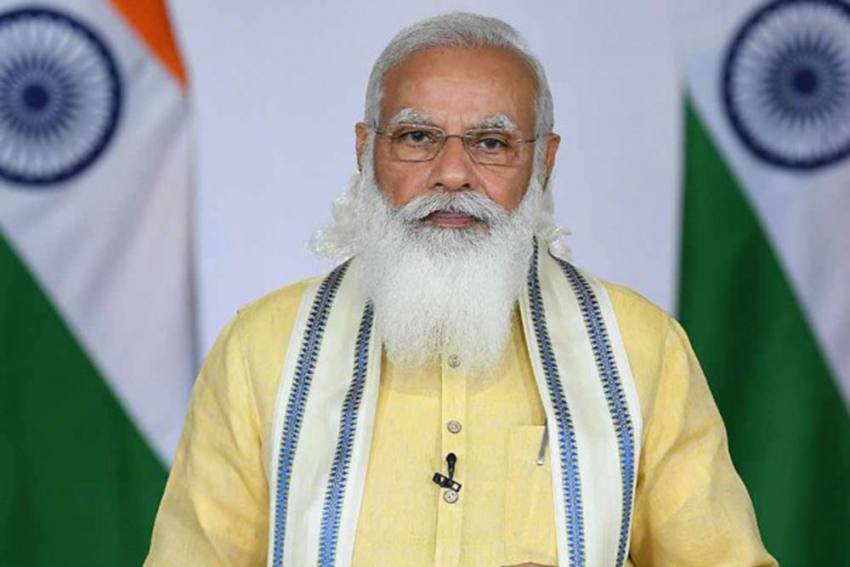 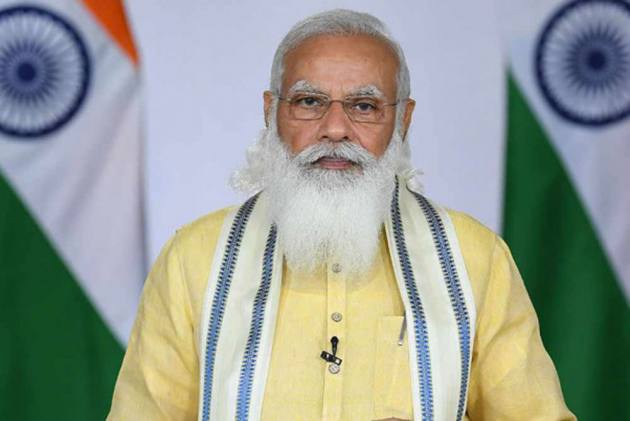 Prime Minister Narendra Modi on Tuesday said that the economic reforms initiated in the country during the pandemic were undertaken on the back of a “Centre-state bhagidari (partnership)" and added that the adopted measures followed a "reforms by conviction and incentives" approach rather than a “one size fits all” model.

Taking to LinkedIn, Modi said that despite facing an economic crunch due to the pandemic, “states were able to raise an extra Rs 1.06 lakh crores in 2020-21. This significant increase in availability of resources was made possible by an approach of Centre-State bhagidari.”

The prime minister further said that raising enough resources for public welfare while ensuring sustainability is proving to be one of the biggest challenges for India.

Modi noted that in May 2020, as part of the Atmanirbhar Bharat package, the Centre announced that state governments would be allowed enhanced borrowing for 2020-21. “An extra 2% of GSDP was allowed, of which 1% was made conditional on the implementation of certain economic reforms. This nudge for reform is rare in Indian public finance…The results of this exercise are not only encouraging but also run contrary to the notion that there are limited takers for sound economic policies,” Modi said.

The four reforms to which additional borrowings were linked with 0.25 per cent of GDP tied to each one had two characteristics -- they were linked to improving the ease of living to the public and particularly the poor, the vulnerable, and the middle class and secondly, they also promoted fiscal sustainability.

Modi pointed out that the first reform under the 'One Nation One Ration Card' policy required state governments to ensure that all ration cards in the state under the National Food Security Act (NFSA) were seeded with the Aadhaar number of all family members and that all Fair Price Shops had Electronic Point of Sale devices.

He highlighted that 17 states completed this reform and were granted additional borrowings amounting to Rs. 37,600 crore.

He said that the second reform, aimed at improving ease of doing business, required states to ensure that renewal of business-related licences under seven acts is made automatic, online and non-discretionary on mere payment of fees.

Another requirement was implementation of a computerised random inspection system and prior notice of inspection to reduce harassment and corruption under a further 12 Acts, he said.

He pointed out that 20 states completed this reform and were allowed additional borrowing of Rs. 39,521 crore.

While pointing out that the 15th Finance Commission and several academics have emphasised the crucial importance of sound property taxation, Modi said the third reform required states to notify floor rates of property tax and of water and sewerage charges, in consonance with stamp duty guideline values for property transactions and current costs respectively, in urban areas.

He said that 11 states completed these reforms and were granted additional borrowing of Rs. 15,957 crore.

Modi said the fourth reform was the introduction of Direct Benefit Transfer (DBT) in lieu of free electricity supply to farmers and the requirement was for formulation of a state-wide scheme with actual implementation in one district on a pilot basis by year end.

Additional borrowing of 0.15 per cent of GSDP was linked to this, he added.

Modi said 13 states implemented at least one component, while 6 states implemented the DBT component, and as a result, Rs. 13,201 crore of additional borrowings was permitted.
"Overall, 23 states availed of additional borrowings of Rs. 1.06 lakh crores out of a potential of Rs. 2.14 lakh crores. As a result, the aggregate borrowing permission granted to states for 2020-21 (conditional and unconditional) was 4.5% of the initially estimated GSDP," he said.
"For a large nation with complex challenges as ours, this was a unique experience. We have often seen that for various reasons, schemes and reforms remain un-operational often for years. This was a pleasant departure from the past where the Centre & States came together to roll out public friendly reforms in a short span of time amidst the pandemic," the prime minister stressed.

"This was made possible due to our approach of Sabka Saath, Sabka Vikas and Sabka Vishwas. Officials who have been working on these reforms suggest that without this incentive of additional funds, enactment of these policies would have taken years," he said.

In his post, Modi also thanked all the states who took the lead in ushering in these policies amidst tough times for the betterment of their citizens.

"We shall continue working together for the rapid progress of 130 crore Indians," he said.