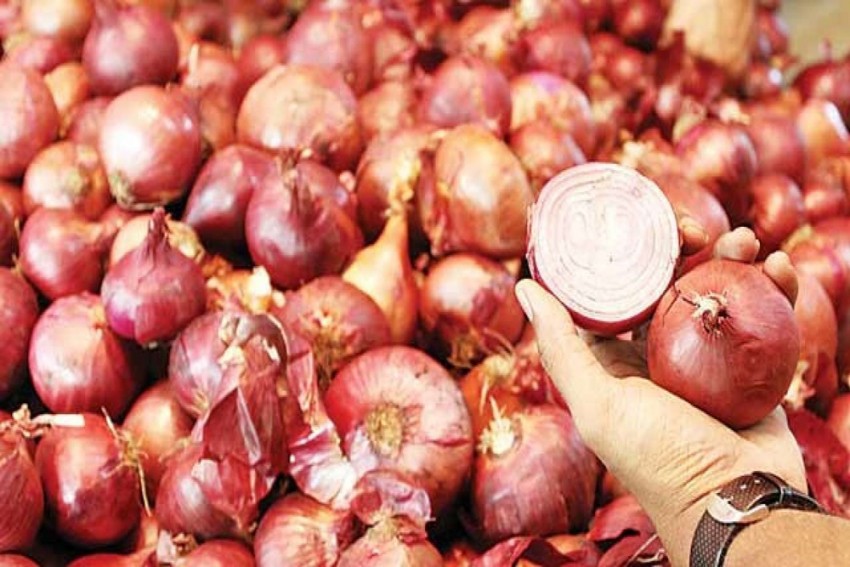 Amid a rise in prices of three key vegetables, the Centre on Sunday said onion prices are being stabilised with the release of buffer stock, while efforts are on to soften the rates of tomato and potato.

Onion stocks are being released in the market on the first-in-first-out basis in a calibrated manner from the last week of August in a bid to moderate prices and ensure minimum storage loss, it said.

As a result of this, the retail onion price was ruling in the range of Rs 42-57 per kg in metros on October 14. The all-India average retail price of onion was ruling at Rs 37.06 per kg, while the average wholesale rate was Rs 30 per kg on October 14, it added.

GamingTo Explode, In A Good Way

In a statement, the food and consumer affairs ministry said buffer stock of onion is being released in states where prices ruled above all-India average and also where prices are rising over the previous month.

"Till October 12, a total of 67,357 tonnes have been released in major markets such as Delhi, Kolkata, Lucknow, Patna, Ranchi, Guwahati, Bhubaneshwar, Hyderabad, Bengaluru, Chennai, Mumbai, Chandigarh, Kochi and Raipur," it said.

In addition, Grade-B onions (stocks which are below the fair average quality- FAQ) are disposed of in local markets in Maharashtra, Madhya Pradesh and Gujarat, it said.

Besides releasing onions in the market, the ministry has offered onions from the buffer at Rs 21 per kg to all states and Union territories for lifting from the storage locations.

This will enable states to take up, by themselves, for market interventions either through direct supply to retail consumers through retail outlets or release in key markets to bring down prices.

The ministry further said the onion stocks are also available for supply to central and state agencies involved in retail marketing either at an ex-storage rate of Rs 21 per kg or landed price after including transportation costs.