The state-owned bank reported a 78 per cent rise in net profit to Rs 1,105 crore for the second quarter ended on September 30 despite a fall in income. 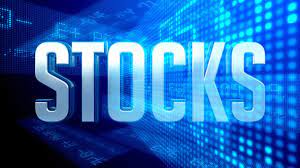 Shares of Punjab National Bank (PNB) on Thursday declined nearly 10 per cent after the company reported a fall in income for the second quarter ended on September 30.

The stock tanked 9.93 per cent to Rs 41.70 on both BSE and NSE. The earnings were announced post market hours on Wednesday.

The state-owned bank reported a 78 per cent rise in net profit to Rs 1,105 crore for the second quarter ended on September 30 despite a fall in income.

It had posted a net profit of Rs 620.81 crore during the corresponding quarter a year ago.

However, the bank's total income during the July-September quarter declined to Rs 21,262.32 crore as against Rs 23,279.79 crore in the corresponding period last year, PNB said in a regulatory filing.

The bank's operating profit too declined to Rs 4,021.12 crore from Rs 5,674.91 crore in the same quarter in the previous financial year.

Meanwhile, shares of drug maker Lupin on Thursday declined Nearly 3 Per Cent on NSE on Thursday after it reported a consolidated net loss of Rs 2,098 crore for the second quarter ended September 30.

The company had posted a net profit of Rs 211 crore in the July-September period of the previous fiscal.

Total revenue from operations stood at Rs 4,091.3 crore in the second quarter as compared with Rs 3,835 crore in the year-ago period, Lupin said in a statement.

During the quarter, the company booked a provision of Rs 1,879.6 crore for Glumetza (diabetes drug) business compensation expense to settle the dispute with two plaintiff groups as well as an impairment expense of Rs 707.7 crore for Solosec, a drug indicated for the treatment of bacterial vaginosis (BV), it added.